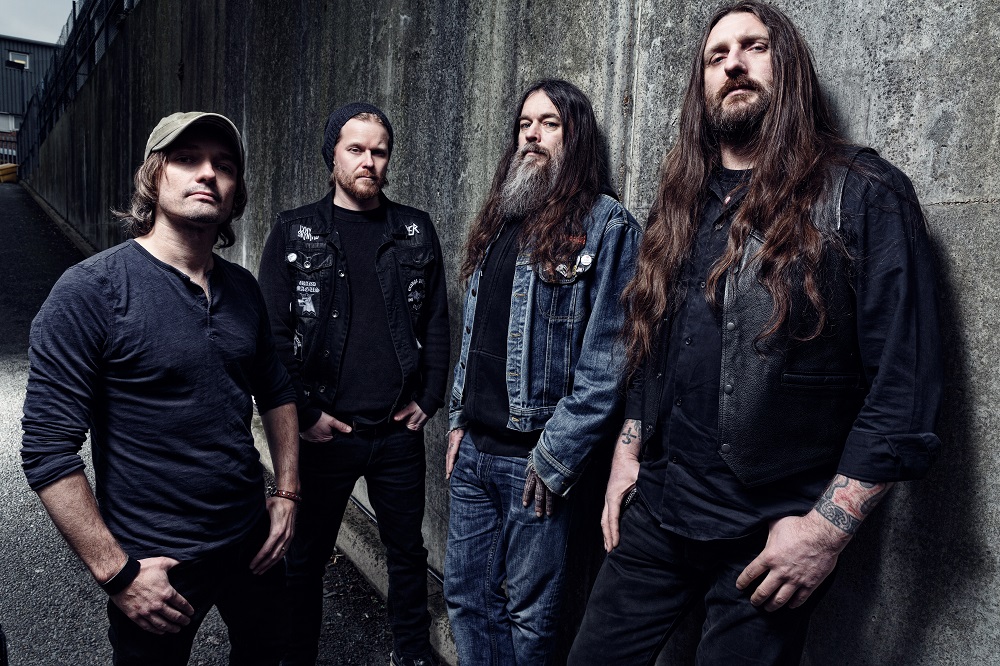 When UK heavy metal flagbearers Orange Goblin announced the postponement of their previously planned 25th Anniversary Tour, the band refused to let that be the end of the matter. Instead, teaming up with Hotel Radio and Old Empire, they put together not one, but TWO nights of glorious Heavy Metal celebrating all stages of the band’s lengthy existence to date.

The four piece will perform a pair of globally streamed pay-per-view shows online, with a limited capacity live audience also in attendance, on November 15th and 16th.

Titled ‘From Planet Ten….to the House of God’, the first night will concentrate solely on material from the bands early, Rise Above Records era releases.

The following night’s performance goes under the name of ‘They Come Back….The Filthy & The Damned’, and will focus on songs from post-Rise Above years, right up to and including material from the acclaimed latest album ‘The Wolf Bites Back’

And the celebrations don’t end there, as each night of the online event will feature live stream exclusive behind the scene access, interviews, exclusive merchandise, chat rooms, Q&A’s and the chance to win exclusive Orange Goblin prizes!  And for a very lucky few, there are extremely limited tickets available to attend the gigs in person at The Dome, in North London!

“2020. The world has gone to shit and any plans we had to tour and celebrate our 25th Anniversary seemed to have gone with it. Until now!

Thanks to the fine folks at Hotel Radio and Old Empire we are very happy to announce these 2 very special live stream shows from The Dome in London on the 15th and 16th November!

Each night we will celebrate a different era of the band with songs drawn from each specific period to make sure both nights are truly unique. As well as being able to broadcast across the world, we are thrilled to be able to invite a select few people to be able to actually attend the shows thanks to the socially-distanced regulations at the venue.

There hasn’t been much for people to get excited about this year but we hope that this will give the Orange Goblin fans something to look forward to and we promise that there will also be other little treats both online and at the shows for those that get involved!” 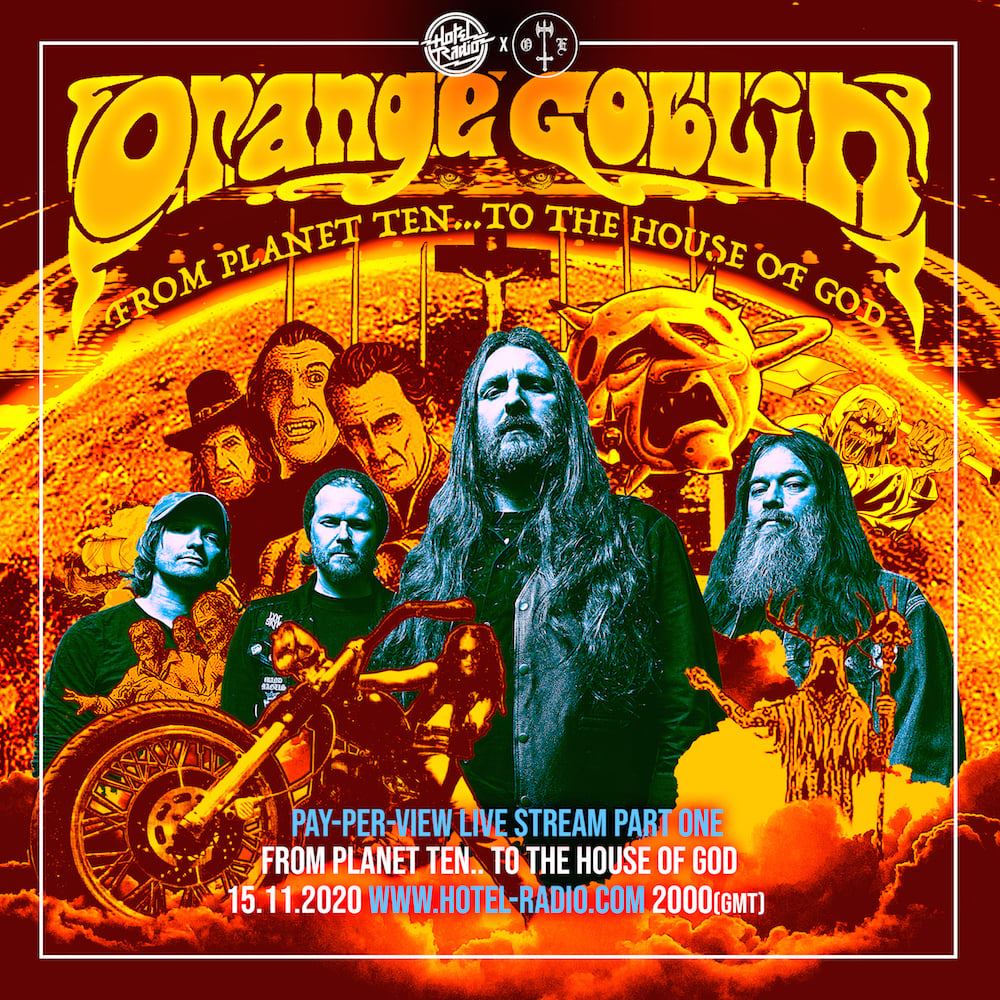 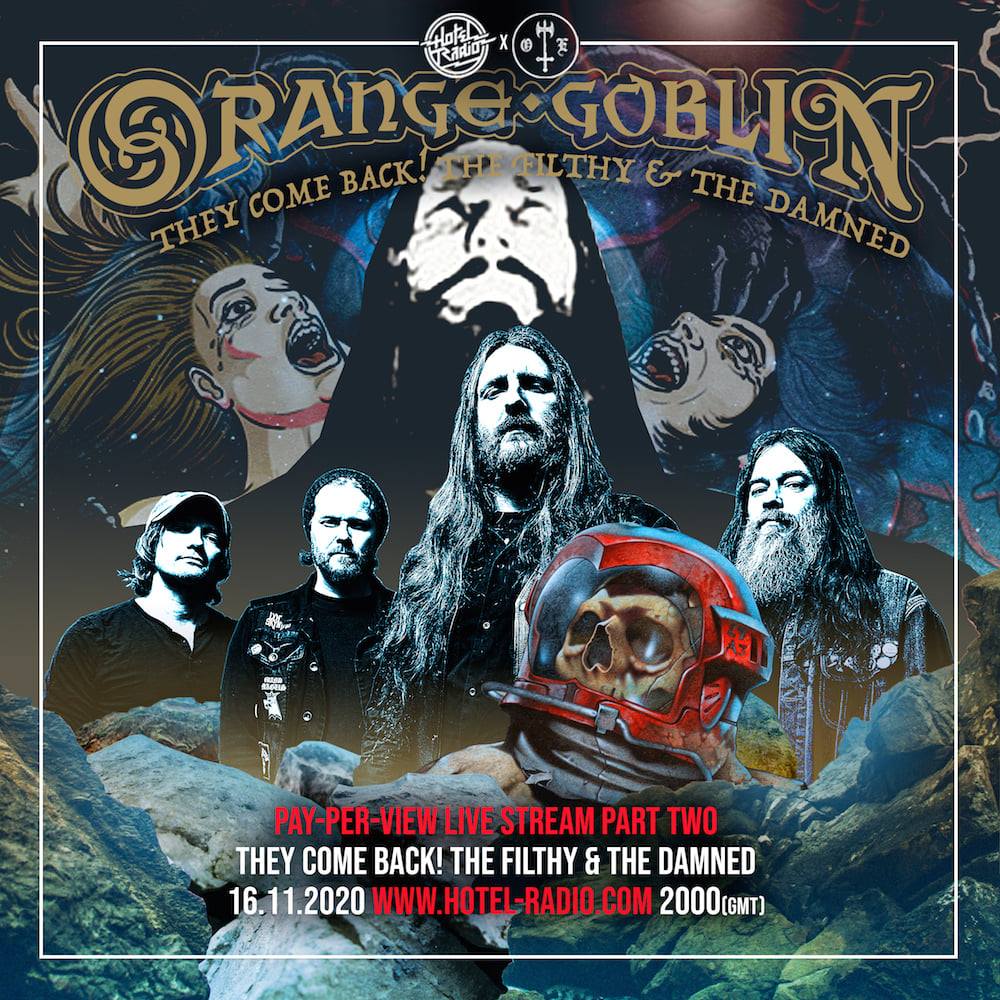 Tickets for these shows via the live stream will be available at www.hotel-radio.com/landing/orange-goblin-xxv-anniversary

Very limited physical tickets to the show ‘live in person’ will be available from www.old-empire.co.uk and are on sale now

Formed in 1995 under their original name of Our Haunted Kingdom, the band have released 9 studio albums, with the latest effort, ‘The Wolf Bites Back’, released in 2018, featuring a guest appearance from Motorhead guitarist Phil Campbell. 2012’s ‘A Eulogy for the Damned’ was named in Metal Hammer’s Top 3 albums of that year and the same year the band were crowned ‘Best British Band’ in the annual Terrorizer Magazine polls. Orange Goblin’s first five albums were released on Lee Dorrian’s iconic Rise Above Records, with 2002’s ‘Coup de Grace’ produced by Scott Reeder of Kyuss and The Obsessed. Albums have been punctuated with split releases throughout the bands career with the likes of Electric Wizard and Alabama Thunderpussy.

In 2016 frontman Ben Ward gained national media coverage and widespread gratitude after initiating a fundraising campaign which raised money for the staff of music publisher Team Rock who were made suddenly unemployed when the company was placed into administration. Ward and his wife received a Metal Hammer Award in recognition of their efforts. 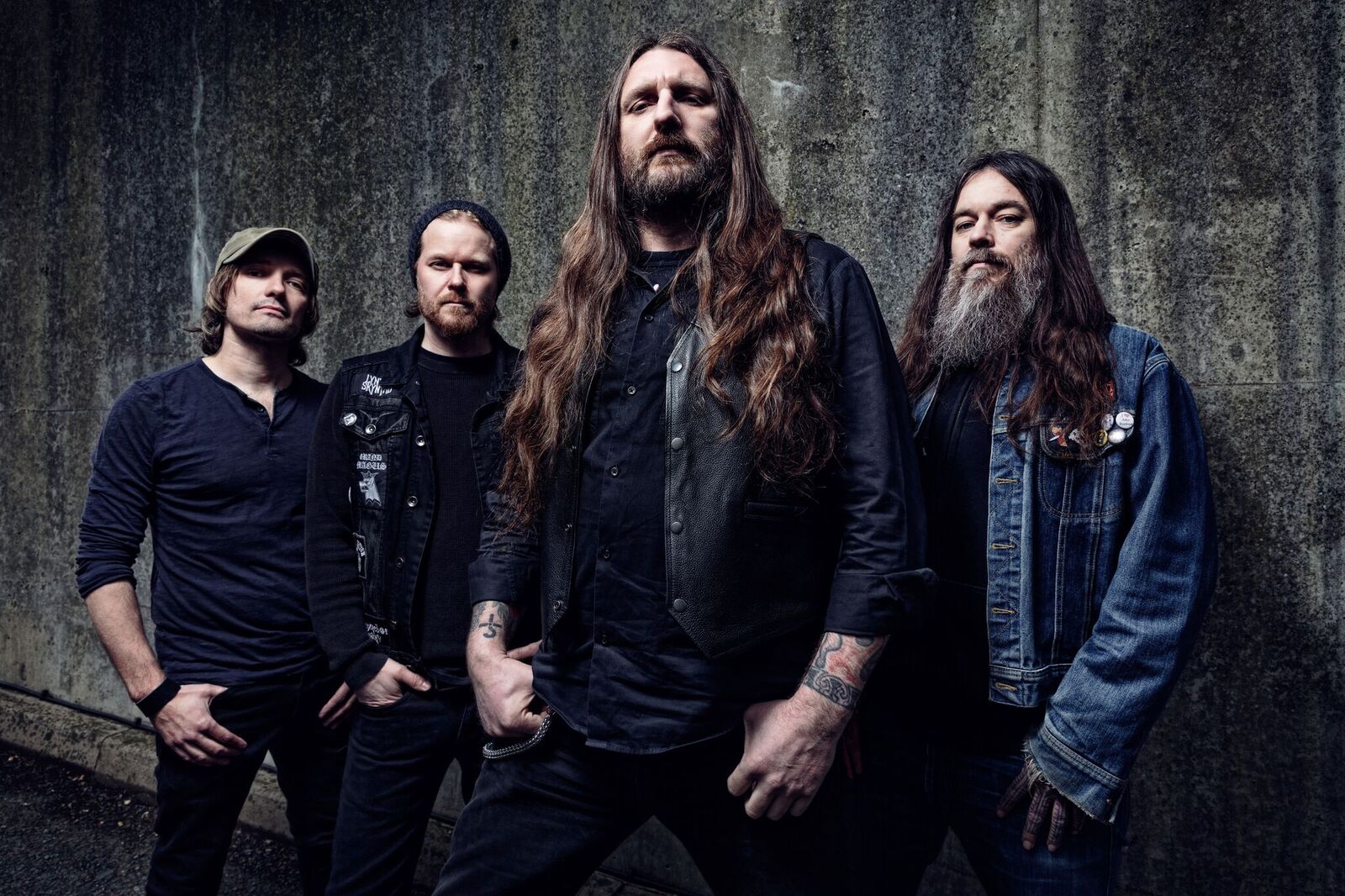 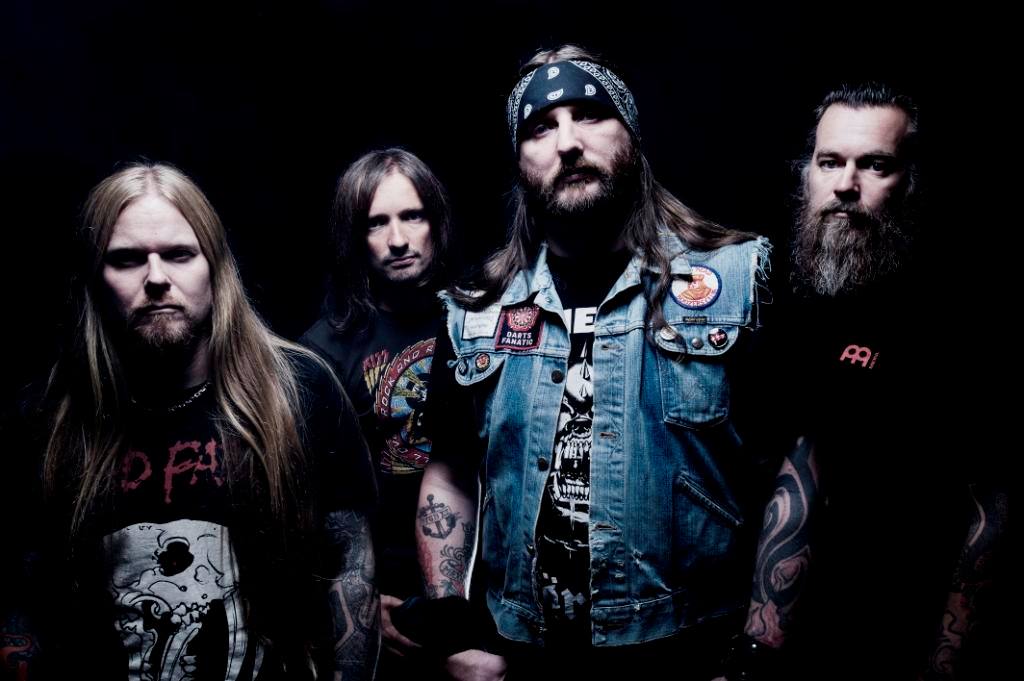 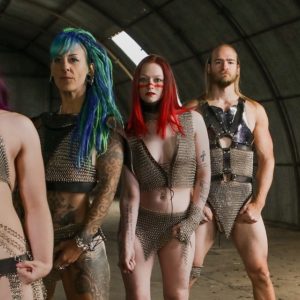 When you get invited to do a photo shoot in a big open space under cover featuring models wearing custom chain mail outfits,...
Copyright 2017 Devolution Magazine. All Right Reserved.
Back to top