Review: Necrophobic – Dawn Of The Damned 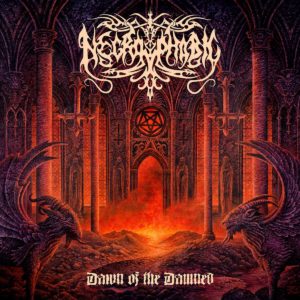 Dawn Of The Damned – Century Media

This album could only have been released in October. The spookiest of months for the darkest, most terrifying of albums. And we wouldn’t want it any other way. Necrophobic are one of the heaviest horror metal bands known to humankind. The band name. The album name. You know what to brace yourself for. These boys aint gonna be troubling the top 40 hit parade any time soon. And that, friends, is what makes ‘Dawn Of The Damned’ so deliciously seductive. Who, in this hellish reality that we are actually living and breathing in, every single, sorry day, doesn’t want to be dragged into Necrophobic’s unsettling, yet intriguing world? Let’s look at the evidence. ‘Darkness Be My Guide’ could cut through diamonds like they were nothing more than paper. And it’s only the second track. War cry ‘Tartarian Winds’ gallops along victoriously and is, for Devo, a track to rewind again and again and again. ‘Dawn Of The Damned’ is a pressure cooker of outstanding songs from start to finish, which will bore right into your soul. Willingly we skip in to Necrophobic’s deep, dark world… 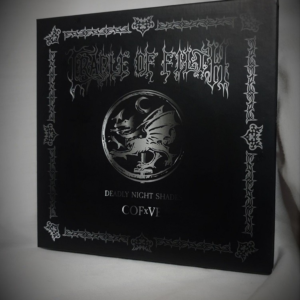 Cradle of Filth and VE cosmetics launches eyeshadow palette collaboration Whether you are layering on the corpse paint, ...
Copyright 2017 Devolution Magazine. All Right Reserved.
Back to top