Interview: Diamond Rowe (Tetrarch) “I think it would be cool if people were more accepting of everyone’s differences.”

For those shouting that nu metal is dead Tetrarch are the band stepping forward bellowing “hold my beer”. And they have a point. Imagine Linkin Park fused wonderfully together with Lamb Of God and you get the gist. Tetrarch destined for great things. Gary Trueman chatted to guitarist Diamond Rowe about new album ‘Unstable’ how she got into metal and post virus plans for world domination. 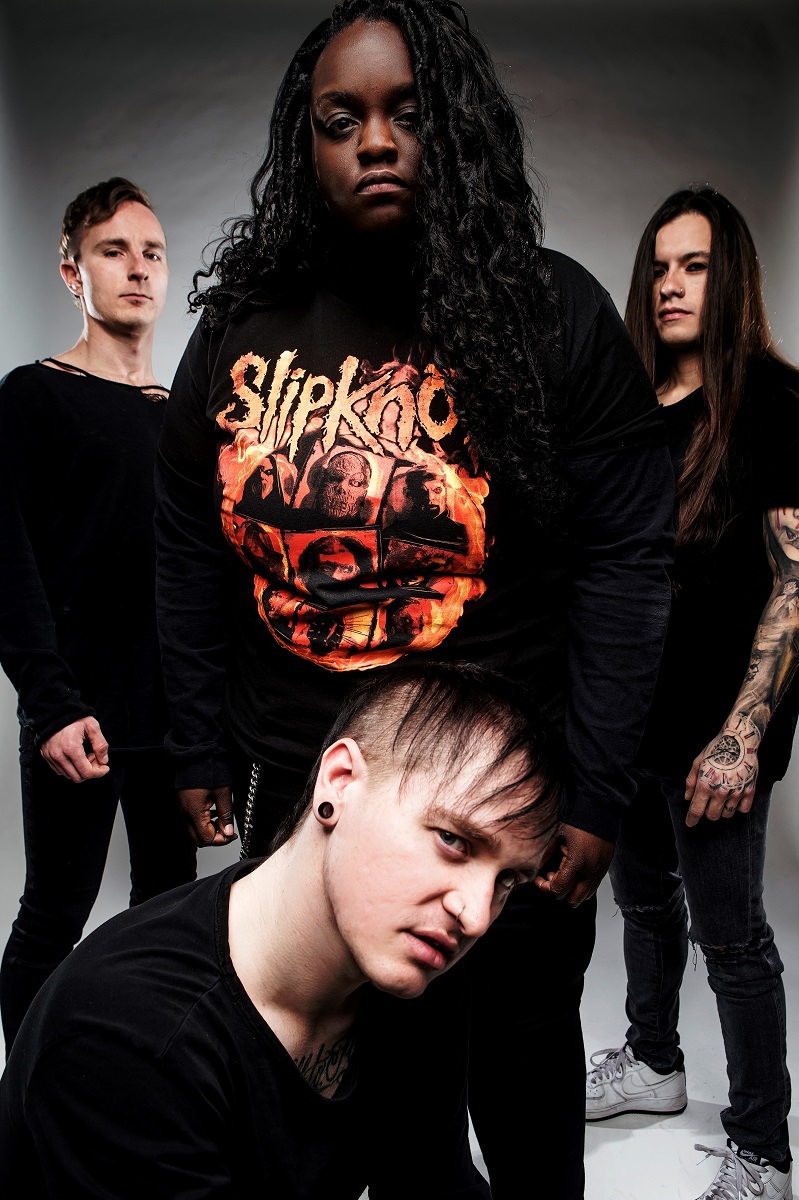 The band have a very interesting sound and obviously lots of different influences. What does each band member bring to Tetrarch in terms of their music taste?

Diamond: “Well, we all have very similar tastes in regard to heavy music but when you begin to branch out into different genres that’s where we all differ a bit. I think it’s safe to say that Ruben and I are the two metalheads of the band for sure! The heavier the better for us. Josh and Ryan generally prefer listening to lighter stuff. Josh is really into bands like Green Day and Pearl Jam. Ryan tends to lean towards bands like Nothing More, Rise Against, etc. This helps a lot in the writing process because things never get boring or predictable. We always have a mix of influences that keeps what we do fresh.”

You have an album coming out soon and have released a single ‘I’m Not Right’ as a teaser. What’s the song about? Is it a good representation of what to expect from the full album?

Diamond: ‘I’m Not Right’ is the first song that we really started writing for this new record. It kind of jump started the whole writing process for ‘Unstable’. It’s basically about that moment in your life where you look in the mirror and don’t like what you see staring back at you enough to fix it and become a better version of yourself. We felt like everyone could relate to that in some capacity. I tell people a lot that this album is extremely versatile. There is something on this record for literally any kind of rock/metal fan. We have the heavy of the heavy and also the catchiest of the catchy. Whatever you seek, you will probably find on ‘Unstable’.”

How does the band divide up writing duties?  Do you all pitch in?  Who writes the lyrics?

Diamond: “Generally, it starts out with Josh or I coming up with a riff or a song and presenting it to the other. The two of us will kind of hash out the bare bones of the song as far as structure, riffs, basic beats, etc and then we will bring the other two in after that to get their opinions. They will put their bass and drum feels on it and that really brings it all together. Josh and I write all of the lyrics.”

You’re the lead guitarist and you have Josh on rhythm guitar and also lead vocals. Is there often a misconception that you’re the singer simply because you’re the only female in the band before anyone sees you play? Hopefully you soon put people right on that if it happens?

Diamond: “Absolutely! Peoples first guess is always that I am the vocalist. After that they assume I play bass haha! It’s a lot of fun for me to prove them wrong though. I enjoy that part actually.”

How did you get into playing guitar?  Was there any one artist that made you want to pick up that particular instrument?

Diamond: “When I was 12, I really started to get into heavier music than I had ever listened to before. I started with softer bands like Nirvana and quickly moved to System of a Down, Metallica, Lamb of God, Deftones, and others. I have never been a person to sit on the side lines with things that I enjoy so when I started listening to this music, I naturally wanted to be a part of it in some way. I easily decided on guitar and it was a very natural transition. I never had an awkward guitar phase or anything. I think it was meant to be. I just spent a lot of time playing along to bands that I really loved and guitar players like James Hetfield / Kirk Hammett, Dave Mustaine, Slash, Dimebag Darrell, Munky and Head, Matt Heafy, Mark Morton, and the list goes on.”

Who influences your playing style the most these days? Has anyone blown you away in recent times?

Diamond: “Honestly, I am still really influenced by the music and players that moved me as a teenager because music from that era really resonated with me. I love how heavy but melody driven songs were. It wasn’t about who could be the heaviest band in the world. Even bands like Pantera were super heavy but so song and melody driven it was awesome. So, I think we really try to have that mindset when writing music.”

How did you get into playing metal and how did you join Tetrarch?

Diamond: “I actually had a friend in middle school that was really into rock and metal music. She was always talking about certain bands so one day I decided to actually delve into the bands she kept talking about and my life was changed forever from that point. Josh and another friend of ours named Tyler were like the only other kids in school that played metal and rock music so I asked to jam with them. What’s funny is that Josh actually didn’t want me in the band at first because I was a girl hahah! But eventually it all worked out, obviously. I’ll never let him forget that though haha.”

Music is opening up so much more these days to how it used to be. Music fans seem to be more willing to listen to a wider part of the music spectrum. Do you think a lot of this is to do with how easy music is to access via streaming now? Do you think that in turn artists are more willing to try new things and mix music styles?

Diamond: “I feel like in other genres mixing has always been pretty accepted but metal specifically is so heavily plagued with sub genres. Especially in America. I feel like bands nowadays have so many different influences that people kind of are forced to listen to aspects of music that they generally may not have had to before. I see so many bands collaborating with rappers, pop artists, EDM DJs, and many other kinds of artists. With the internet there is so much music these days, and pretty much everything has been done already so I think people are starting to realize that accepting different influences showing up in the music they love might make it more interesting.”

While there are a few black artists in rock and metal, people such a Benji Webbe, Skin etc, and a while back artists such as Living Colour why do you think there aren’t more?  Surely that’s something that would be great to change? Something that needs to change?  Rock started with Gospel and the blues after all.

Diamond: “I just think it’s not something that is widely accessible in black culture. Black culture is heavily influenced by other genres such as hip hop, R&B, etc. So if you grow up in that community, that’s probably what is put in front of you naturally unless you seek something else. It probably doesn’t have as much to do with the fact that black people wouldn’t like it as much as they just don’t really know much about it. Rock and Metal also aren’t the most popularized genres. You don’t see it on TV or at radio as much as hip hop, rap, and country anymore for example. So it kind of is a form of music that anyone really has to seek after to find and become a part of that culture. I see it slowly changing though. There are a lot more people of colour at metal shows now than even 10 years ago I feel like which is really cool.”

The current pandemic has stopped the music scene in its tracks. How have you been coping with the restrictions imposed in the US?  How have the rest of the band been coping?

Diamond: “We have really been using this time to stay as busy as possible. As much as I wish we could tour at the moment, there are still so many things that we can accomplish and get done during this down time. Especially with a new album release on the horizon. So, we have spent the majority of this time off really focusing on making this album and the release the best it can be. We have a lot of amazing things in store that’s for sure.”

Will you be looking to get out and tour the new album as soon as possible? When do you think that might be?

Diamond: “Absolutely! We have very extensive international touring plans for once these restrictions are lifted. I think we’re going to be on the road for close to 2 years with minimal breaks, so people will definitely get a chance to see Tetrarch as soon as we can get out there starting next year.”

We all know there are some things we do well and some things not so well. So what are your best and worst traits?

Diamond: “I think that I am very good at accomplishing goals that I really set my mind to. No matter how difficult or far-fetched they may seem. I kind of have the mentality that nothing is truly impossible and that helps me when I have big tasks at hand that I truly want to see through. On the flip side of that though – It is extremely hard for me to motivate myself to go over and beyond with things that I do not want to do or do not care about. Maybe that’s pure laziness, but I have just always had the hardest time with that hahaha!”

If you could change one fundamental thing about our planet what would you do and why?

Diamond: “I think it would be cool if people were more accepting of everyone’s differences. What makes everyone so unique is that fact that everyone thinks differently and looks different, and likes different things. It seems almost impossible to even hold a diplomatic conversation these days due to people not being able to just listen and learn from people who may not be just like them. Our band is all about everyone embracing their differences and accepting others and themselves. “ 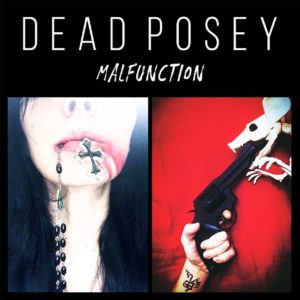