Interview: Trever Aeon and Silvia Blood – “Music is a huge huge deal! It’s the first art I fell in love with growing up and great music in wrestling just adds so much to the presentation.” 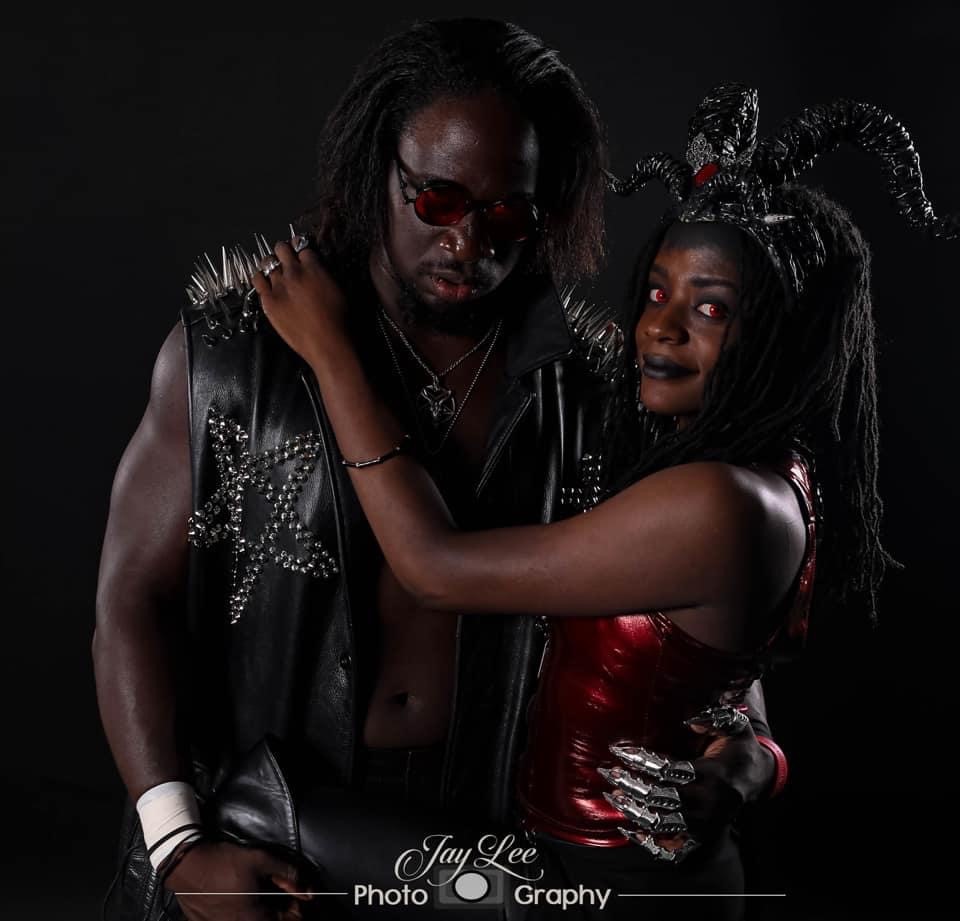 They’re pro wrestling’s Gothic power couple, both in and out of the ring. Mark Bestford chatted to them during lockdown about wrestling, vampires, their love of the gothic music scene and their hopes and plans for the future. Lockdown certainly doesn’t stop this couple from creating spooky mayhem.

Wrestling is one of the most physical forms of entertainment there is. How are you managing to keep in shape while at home?

Trever “I have a pretty good home workout regime, even without weights. Lots of body weight exercises I’ve learned over the years (a lot from pro wrestling training styles in Japan especially as my training is rooted in that style). It’s actually pretty brutal. Hundreds of reps of different kinds of pushups and squats!”

When working out what do you add to the playlist to get you going?

Trever “My workout playlist is a giant mix of my favorite styles of music pretty much so it goes from goth rock to darkwave to industrial to hip hop and a little metal and back again. A few examples, I’ve got Sonsombre and Bauhaus for my goth, Angelspit and KMFDM for my industrial, Tech N9ne and DMX for hip hop, and Lacuna Coil and Epica for metal. Of course I have some curve balls in there like The Ting Tings and The Bird And The Bee because in the midst of all this dark aggression you gotta have a little upbeat funkiness.” 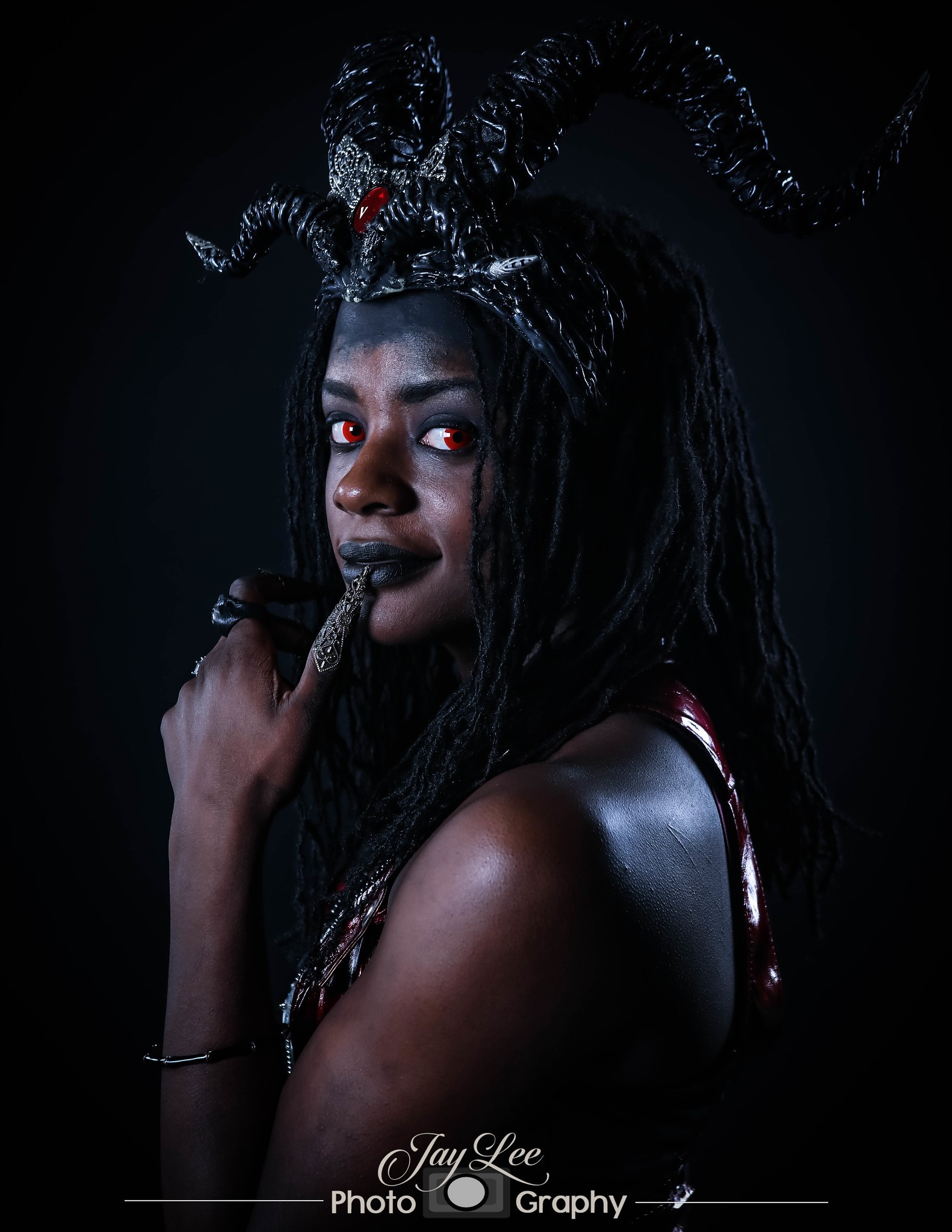 As well as writing vampire novels, more on that later, you also manage Trever’s wrestling. How much has your shared love of the gothic culture influenced the wrestling?

Silvia “Well he showed me the music, took me to goth nights, and I fell in love with the subculture. Wrestling is an outlet for us to express ourselves in another facet. We can bring ourselves to 11–red eyes, horns and all.”

Music and wrestling have long gone hand in hand, how important is it for setting the tone of the match?

Trever “Music is a huge huge deal for me! It’s the first art I fell in love with growing up and great music in wrestling just adds so much to the presentation. To make a great entrance you gotta have a great entrance song so it helps pull the crowd into you as a performer and competitor. I remember as a kid latching on to certain wrestling themes before I even saw them get in the ring. Music enhances everything!”

You’re well known within the gothic music scene in Atlanta, do you find that there’s a lot more acceptance within the music scene for people of colour?

Trever “Honestly here in Atlanta I’ve never had any real trouble. I didn’t have a lot of people talk to me when I started going out to the clubs and concerts at first but after that the Atlanta goth and industrial scenes pretty much welcomed me with open arms. I’ve definitely heard some horror stories so I think I just lucked out having Atlanta as my home space. It’s also why I encourage everyone to get off the Internet where people can say whatever with zero consequence or actual experience and actually go into their local scenes, go out, have a good time, get on the dance floor, talk to people, you’ll see a lot more different ethnicities and backgrounds that you’d think.”

What’s the main draw to the gothic and industrial subculture? It’s a world away from what we would expect looking at the scene here in the UK.

Trever “So when it comes to the goth and industrial subcultures for me it’s all about the music! I don’t care about costumes or clothes or mindsets or makeup or anything of the sort, the music is the one thing that unites us in the same way, we may have different ideals, morals, looks, styles, philosophical leanings or whatever but at the end of the day the music is what brings us out to the same spaces and unites us, even if only for a short time.”

Silvia “I agree with what he said. It’s the music for me as well. Yes dressing up and going out to goth clubs is fun–but the main reason I’m going there is for the music–to dance to it. It’s a form of release for me. Everything else–gothic literature, who’s wearing what, who did what, how one’s house is decorated–is secondary if it matters at all.”

You write under the name S.C. Parris. What influenced you the most in creating the Dark World books?

Silvia “My real name is Sheron Ross (we’re married!), but I write under S.C. Parris (my mother’s maiden name). What influenced me the most with the books was J.K. Rowling’s Harry Potter series as I read them growing up. At 16, I finished her series and began writing the first book in The Dark World, with the same title. I loved dragons and giants and mermaids and magic since I was young–but vampires were always my true love–they were always going to be the center focus of the series.”

You’re five books down and about to finish the Dark World story with your sixth book. Is there anything you can tell us about where the story is heading?

Silvia “It’s getting more brazen, much darker. The stakes are much higher for the remaining characters. I wanted to emphasize the magic in the world as it wasn’t really focused on in previous books, so I’m glad I get to do that with this last one.”

Many wrestlers have gone onto other careers. What would be your dream side hustle away from the ring?

Trever “So I’ve dipped my toes in a little of everything artistically, I’ve done some small acting roles for friends projects, I’ve done music, drawing my whole life and I’ve always been an artsy kind of dude so ideally I wanna do all those things. I wanna jump in some horror movies, I wanna get back to music and put together my own goth industrial music project, and I’d like to put out some graphic novels at some point.”

And with the Dark World finished, where will you be taking us next?

Silvia “I have several projects lined up that I’m looking forward to really tackling once the last word is penned for the Dark World series. I have Patricia Lauren Bordeaux, my historical fiction horror novel about a lonely vampire, The Tales of Sinner Sharpe: Dark Waters, an epic fantasy tale filled with mercenaries, vampires, and swashbuckling adventures, Judgement, my urban fantasy Romance about a witch and lawyer who have to come together to stop vampires from destroying the world, and last but not least, my various short story projects, all of which I have up on my Patreon.”

When not wrestling, managing, or writing, what would you usually be doing to relax?

Trever “Oddly enough training is super relaxing for me! So when I’m not wrestling I’m lifting in the gym or working on my technique in the ring. But also going out dancing at goth nights or at home watching horror movies! Sometimes a good drive with music blaring is so relaxing too.”

Silvia “Going to goth nights to dance some stress away, playing tons of video games, and listening to my favorite music helps me relax.” 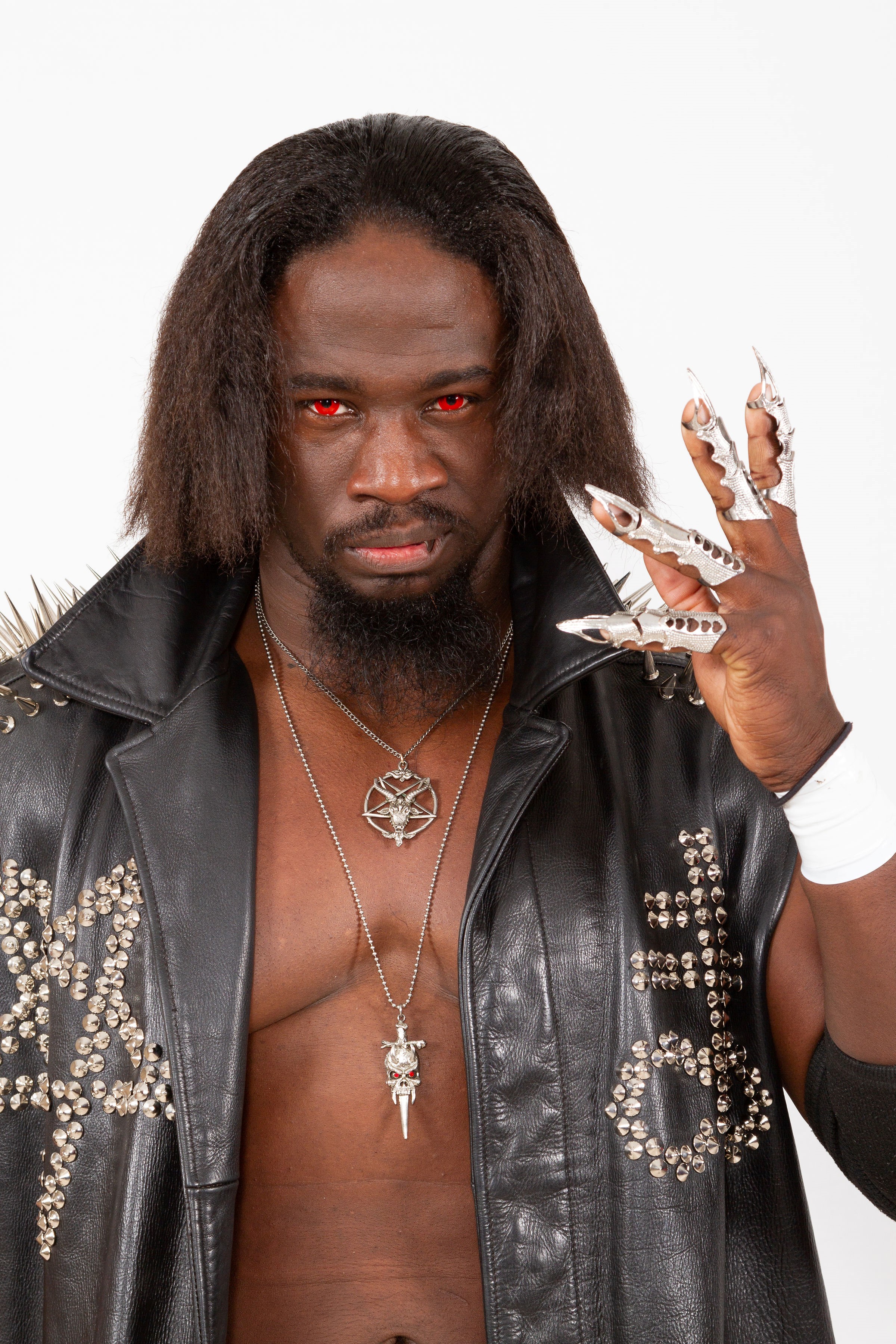 News: Saints Among Us set to release new single Do You Remember

Did you know I'm utterly insane? Tips, tricks and techniques for all your psychotic fake blood needs Lets talk about...
Copyright 2017 Devolution Magazine. All Right Reserved.
Back to top