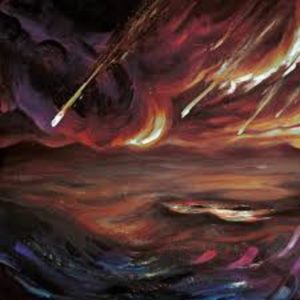 Intense, pulse-racing, full of suspense and anticipation – and that’s just the first track. And there is little let up. Second track ‘Collapse’ has a backbone of a dirty, grinding bassline and raises the heartrate of both the listener and the album. Track after track your breathing gets shallower. The musical pressure Coldbones are creating weighs too heavy to allow for regular deep breaths – just snatched gulps of air as the layers of sound briefly clear before heating up again. Guys – Devo know you’re missing your friends and family. We know you’re desperate to get your hair done. We understand how you feel having to cross the road when you see someone coming, to maintain Social Distancing. Petting dogs other than your own is a thing of the past. WAAAAAAHHHHH. But it could be worse. It’s not the end of the world. ‘The Cataclysm’, on the other hand, pretty much is. Coldbones’ work of post-apocalyptic rock is an album of two halves. The first being a devastating flood which takes out all but the highest land and leaves no light. Kinda makes you think everyone overreacted when a certain someone forgot they were running a bath and tootled off outside to fetch the washing in. The second half reveals the unrecognisable world that is left and, frankly, won’t be about for very long. Friends – this record is really chilling. It’s massively unsettling. Musically, on the other hand, it’s a masterpiece. If you can forget everything you’ve just read, ‘The Cataclysm’ will treat you to instrumental tracks that are outstanding compositions, crafted and played by some hellishly good musicians. But that’s not the point, and to suggest you do so would no doubt make all concerned crosser with a certain someone than those affected by The Great Bath Overflow Of 2019. ‘The Cataclysm’ is simply majestic. 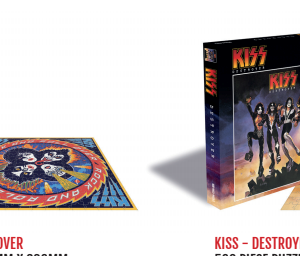