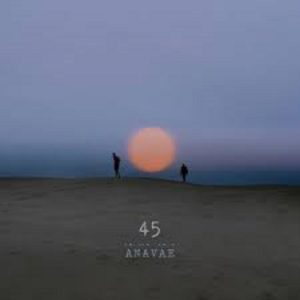 Duos these days are big in every way apart from membership. Note the use of ‘these days’, because many of us of an, ahem, certain age, are still wary of twosomes, having survived the PJ And Duncan era… It’s ok. There are no such concerns with Anavae. Utterly intriguing and captivating, this London-based two piece emanate a multidimensional sound, described in their biog as genreless and by your friends here at Devo as lush and layered, brittle and badass. There is a purity to Rebecca Need-Menear’s vocals which dig deep into your soul. ‘Human’ is beautifully disturbing. ‘Not Enough’ is a super springy melody. ‘Skeleton’ is musically chilling. Every listen reveals something new. No two tracks are the same, but all are strongly bound by the sweetest vocals, with keys and synths smashing down like shards of a massive shattering chandelier. ‘45’ is what your mum would call, ‘with it’. It’s of the moment while gazing into the future with wide eyes. ‘45’ is an impressive debut and is only the beginning. 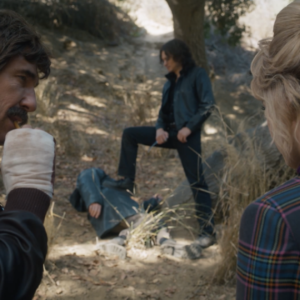