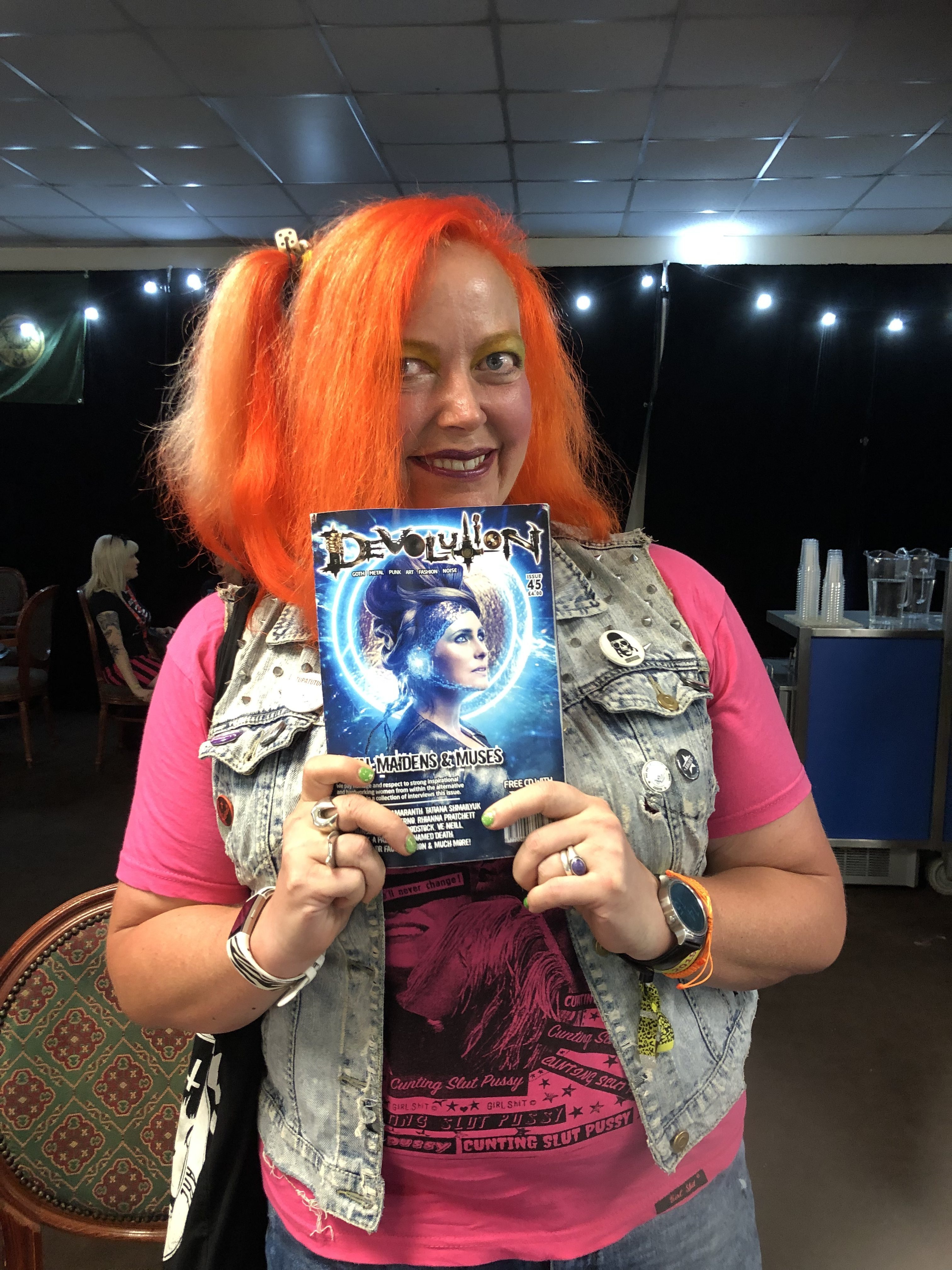 If you could be God for the day what would you do?

“One, I don’t believe in God, so that would be a bit weird, I wouldn’t believe in myself. However I think if I could be God for a day I’d show myself, so I’d actually existed if I was a God, and I’d sort everything out. And I’d ban all religions because I don’t think that religions solve anything and are the cause of every war that we’ve ever had. Yeah, I’d sort everybody out. I’d be a socialist God I think. That’s a bit dodgy isn’t it.”

What are your biggest musical influences?

“I would say, I grew up in California, and I would say bands like the Descendents, Violent Femmes, that sort of music. When it comes to the band, Viki Vortex, Steve is a big influence as he’s a little bit older than me so he grew up ’77 in England, so he’s got that influence. But for me it’s all that ‘90s, ‘80s punk. The Buzzcocks, Violent Femmes, the Dwarves, definitely the Dwarves.”

If you could remake any classic video game which one would it be?

What TV show has you hooked?

“I don’t own a TV so we don’t watch TV. We do watch occasional box sets, like Stranger Things and things that you download and stuff on Netflix. But my secret confession that of course I wouldn’t tell anybody is that I have watched every episode of Friends. And also every episode of Buffy the Vampire Slayer, and every episode of Angel. That shows my age. “

On tour who controls the radio in the van?

“Viki Vortex and the Cumshots is obviously me, Viki Vortex, playing bass and singing, coming from California, then England, living in Spain. Steve, who was originally in a band in 1977 called the Spurts, he was the guitarist, no he was the singer in the Spurts, but now he’s the guitarist in Viki Vortex. And then Theo, who lives in Brighton, who’s from the Long Tall Texans. So we kidnapped him because Steve used to be his roadie, for the Texans back in the 80s, so we just decided that we had so many problems trying to find drummers and eventually we thought  okay, Steve’s like, we had like 9 drummers in Spain, and I don’t know why, drummers seem to be like unicorn shit, I don’t know. So Theo’s great, we’ve had a couple of substitute drummers in Spain when Theo couldn’t do it because he was very busy with the Texans, however he is one third of Viki Vortex.”

“Danelectro, that the bass line I play because they’re very light, and possibly I could get another couple of basses which would always be nice. And I’d also like to be endorsed by probably some make-up company like Revolution or something just so I could get free make-up. I have a bit of a make-up addiction, that’s why.”

“Probably last year on the Casbah. We played first on the Casbah on the Friday which we were like, that’s be good, get it out of the way. And because it was a new stage there was a lot of people there and we were on first thing and it was great and I loved it and it was really nice to be able to look out and see everyone.”

“I think it’s 2 and a half, because the Empress is 3 and a half, and the Casbah I think is 2 and a half or 2,7 and I would say it was about 2 thirds full which for one o’clock on Friday I thought was pretty good. And they had orange carpet, or orange floor or something, but I like that.”

Is the concept album dead?

Where the songs flow from one to the other, like The Wall

Or sometimes when every song is on a theme

“Like a Bowie album. Well I haven’t heard any lately. They were good, but no, probably dead.”

“It’s Rebellion, it’s inside, it’s full of people I know. It’s got stages everywhere, bars everywhere. It’s inside, I’m not camping. I would say it’s nice and cool, it’s not too hot but it is, so that kind of sucks. Definitely Rebellion.”

At least you’re not getting sunburn

“Yes exactly, you’re not outside and you can go back to a hotel and shower and change and you’re not in a tent. I used to go to a lot of bike rallies, motorcycle rallies, and we were always sleeping in tents.”

Which headliner would you love to support?

“The Dwarves. We would love to support the Dwarves. There’s a lot of other bands that we’d love to support, but definitely the Dwarves. Because they put on a great show, we went and saw them last year in Barcelona, all 3 of us, and we all came back with injuries, so fantastic. Steve wanted to go into the moshpit, I wouldn’t let hit go, I was holding onto his belt loop. We were all very drunk. Theo was in the moshpit, fell over. I was holding onto Steve so I was like strain on my arm and the security guards were like let him go and I was like no, I’m not letting go, I know better than that. So definitely, because they’re a band that we know all the songs. They’re a little bit offensive, but fun, and they look like they have fun on stage. And that’s what’s important in a band.” 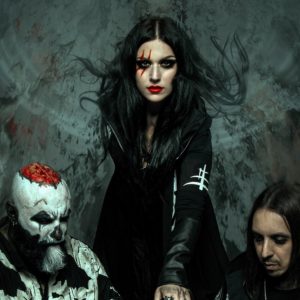 Lacuna Coil have released the single 'Reckless' with an accompanying video from their much anticipated 'Black Anima' album. Cristina...
Copyright 2017 Devolution Magazine. All Right Reserved.
Back to top