There’s never a dull moment when Freda Conlon is about. Known for her love of Green day and cider she has graced Rebellion Festival with her now defunct band Kiss my Acid as well as playing this year as solo artist Miss Fragile. That moniker gives just a little insight into just what a big deal it was for her to play without a band on stage with her.  Gary Trueman chatted to, and shared a drink with Freda.  Subjects up for discussion were a new band in the pipeline, overcoming stage fright and how playing with Green Day changed her life. 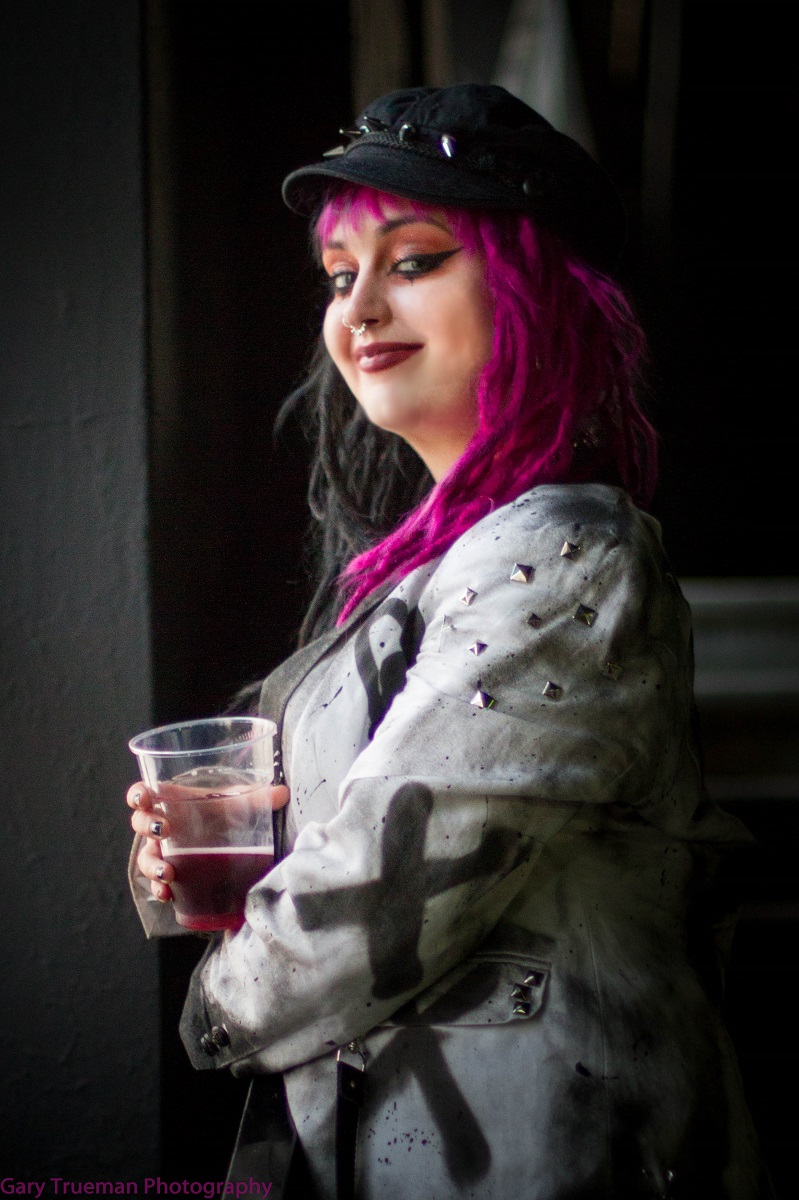 Let’s talk a little bit about what’s happened in the last year or so. You were in Kiss My Acid but you’ve got a new band now?

“The new band is going to be heavier, darker, grungier, and better.  We’re going to be called NxbOdies.  Not like Kiss My Acid which was fucking terrible. The bane of my existence.”

You’ve also been doing some solo stuff as well. You’ve payed twice now solo under the Miss Fragile name. Is that going to carry on too as a little side project?

“Yes it will and hopefully I’ll write some new acoustic songs. I’m just playing Kiss My Acid songs for now. It’s something I’d like to do because I think it’ll make me batter as a singer, to play on my own. So when I play in band I’ll be better. “

You get chronic stage fright so is performing solo a big hurdle for you to over come?

“Yeah, it’s fucking terrifying. Today I was grand, I wasn’t that nervous but the other day when I played in Dublin I was shitting myself. I was nearly puking.”

How do you normally calm your nerves before going on stage?

“By having a few drinks.”

But you didn’t at Rebellion though. Is that a really big step forward to get up there and do it without having a drink beforehand?

Maybe that’s a good thing though because it shows you can do it.  Everyone afterwards was saying how well you performed too. Also you played the acoustic stage with an electric guitar.  How come?

“I tried to play with an acoustic and it just doesn’t suit me. It’s just not me.”

How did you approach changing the songs written for a band for you to play solo?

“I played them differently. The song Look At Me Now, I added in some bits. Some of the other songs I added in bits too. I slowed them down too. I play too fucking fast. I always do that then I can’t breathe. It’s nice to be able to hear yourself and not just play at a hundred miles an hour.”

You’ve got a good bit of banter with the audience too. A lot of people when they play acoustic just get their heads down and they miss connecting with the audience. But you really connected. Do you think it’s important to make that connection and make it personal?

“Yeah it is but all I did was make fun of myself. Bully me. Play a game and just bully myself. I’m up there insulting myself and everyone is cheering. I’m like no you don’t understand, haha” 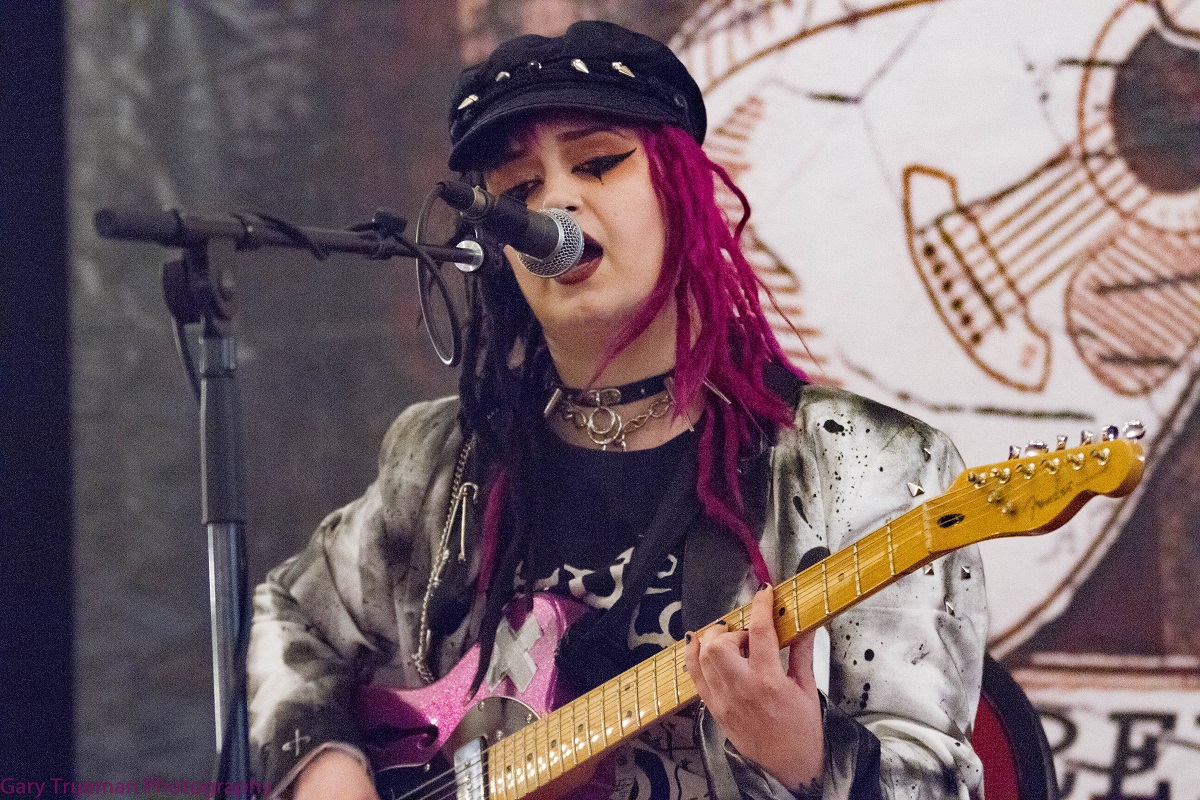 So back in Ireland you’ve got a few friends out there obviously. Did they come out to see you play your first solo gig?

“I didn’t really look at the audience too much because I was like staring into the abyss but I think there was a few people there that I know. “

Are you looking to come back to Rebellion next year with the new band if you can?

“A hundred percent. Wec really want to come to Rebellion next year.”

“Probably with an EP. I’m looking to do two Eps. Albums are overrated. You’re better off just putting your best songs out. It’s quicker too. There’s no rush though. I feel with Kiss My Acid we rushed everything and now I just want to slow things down. We want to perfect everything as well because I don’t want to be terrible again.”

Looking back do you see that you’ve matured as a person and artist and that you can see mistakes that you’ve made which you can learn from for the future?

“All the time. That’s one of the main reasons why I’m starting a new band. I could have just got two new members for Kiss My Acid but I feel like I’ve matured so much and the music has matured with me. My song writing has changed and I’ve grown up a lot in the last couple of years.”

We know you’re a huge Green Day fan and that you’ve been up on stage with them too manyb years ago. If you could go back up on stage and play with them again which song would you want to join the for?

“Aww that’s put me on the spot. There’s too many. All of them. I just want to be in Green Day haha. Billy Joe is my man.”

That must have been a pretty life changing experience for you.

“It’s the reason why I even have a band or even play music. They are the reason why I picked up a guitar. Funny enough the reason why I picked up a guitar was because I wanted to learn that song because I wanted to get up on stage with them. And I did it years later which is crazy. I used to be so shy, I couldn’t even sing in front of anyone up until a year ago. Even when I was in Kiss My Acid I could sing on stage in a band but I couldn’t sing in front of anyone acoustic. Now I just don’t care any more. If I hadn’t got up on that stage with them I’d still be playing in my room. So thank you Green Day.”

Where do you want to take things next?

I might be dead but I hope not. I just want to have a really good band and tour. I don’t give a fuck about being famous I just want to be able to play the music that I love.”

If you could go back and give a 16 year old Freda one piece of advice what would it be?

“Stop hating yourself……. because you’re awesome.” 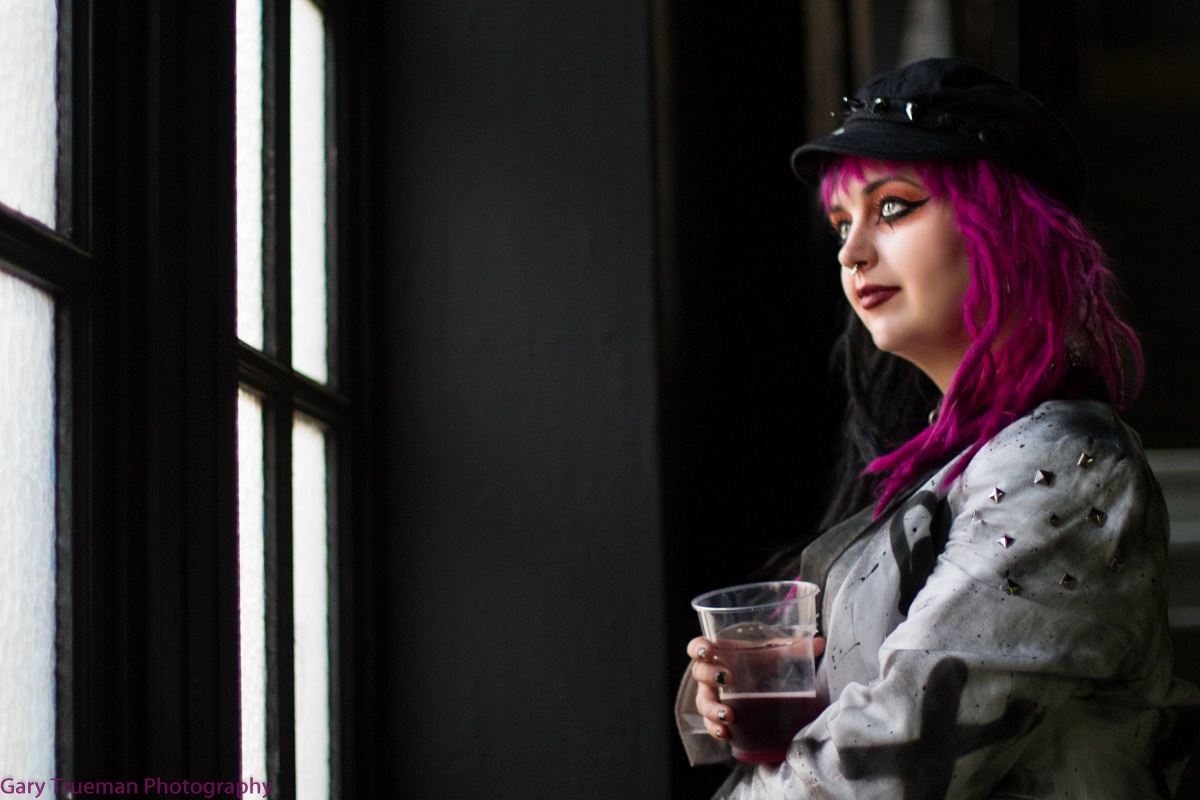 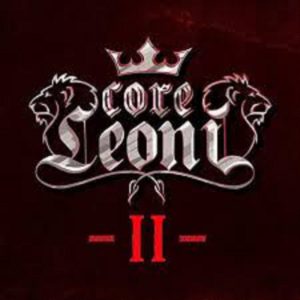