A great many events could take a leaf out of the Unholy Messtival book of how to put a line up together.  Of course a great many do a great job but this was somehow special.  It showed that the music community is a lot less tribal than some would have you believe, and that music fans can and do appreciate good music whatever the flavour. At The Victoria Bikers Pub over a July weekend all the old genres were swept aside in favour of just celebrating whatever happened to be playing. Devolution was once again present on the Saturday to sample the audio fayre on offer. 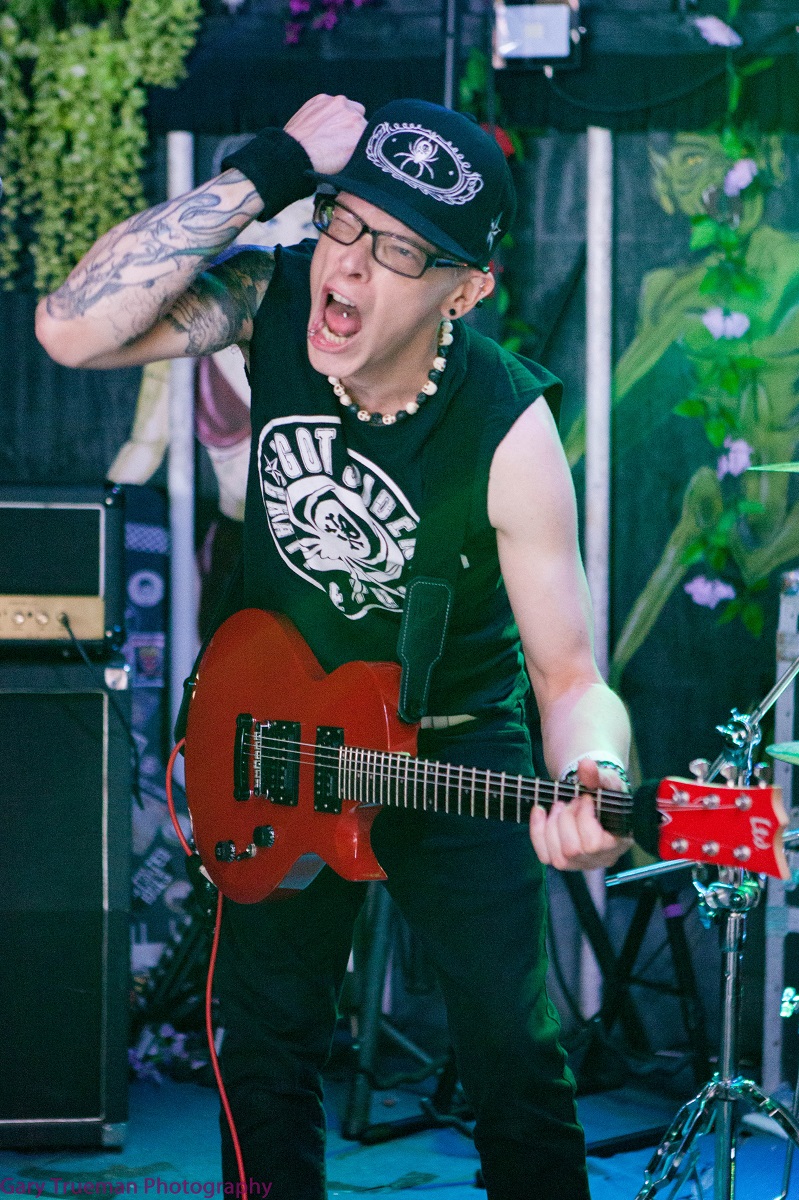 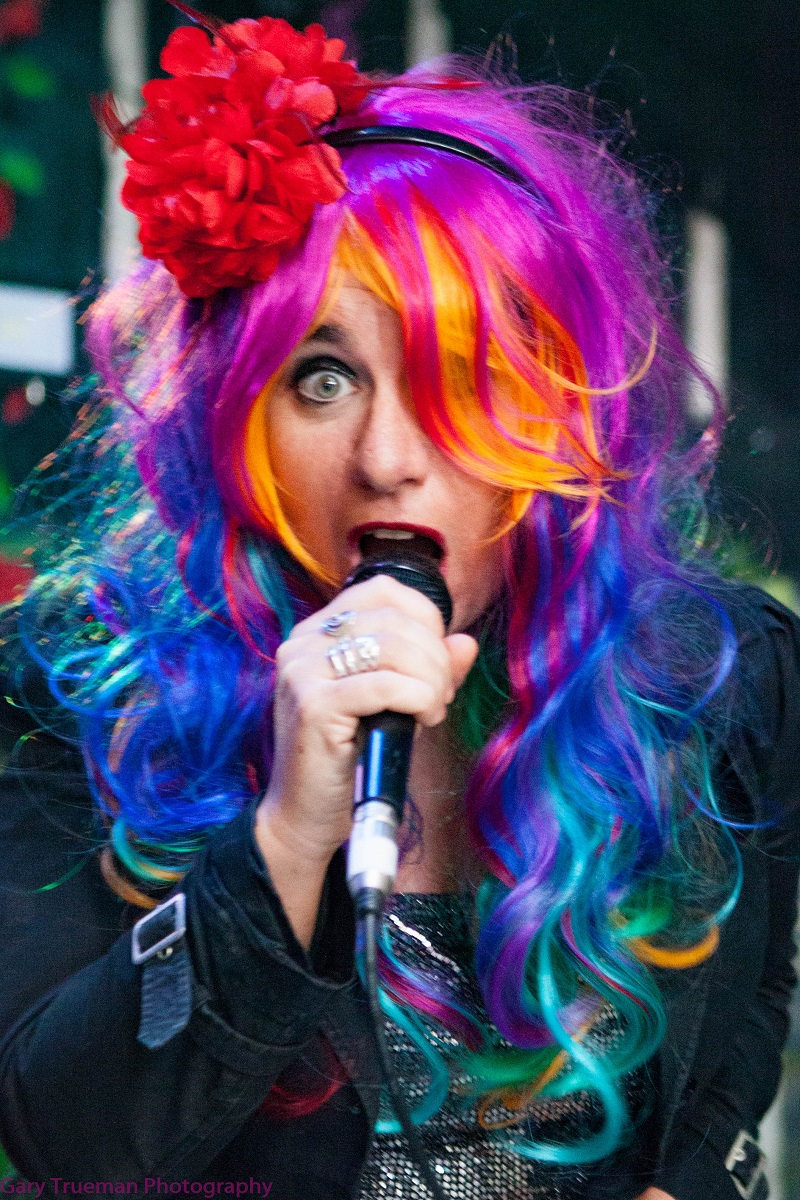 It’s great to see bands that have worked hard for so long starting to get the recognition they deserve. I Got Spiders play a storming early set showing new depth with the addition of a fourth band member. Spitting Feathers add some colour to the afternoon playing some old favourites and getting everyone in the party mood. The Drop Out heavy things up with a performance laced with class. The beer is flowing well now you can sense this is going to be a day to remember. 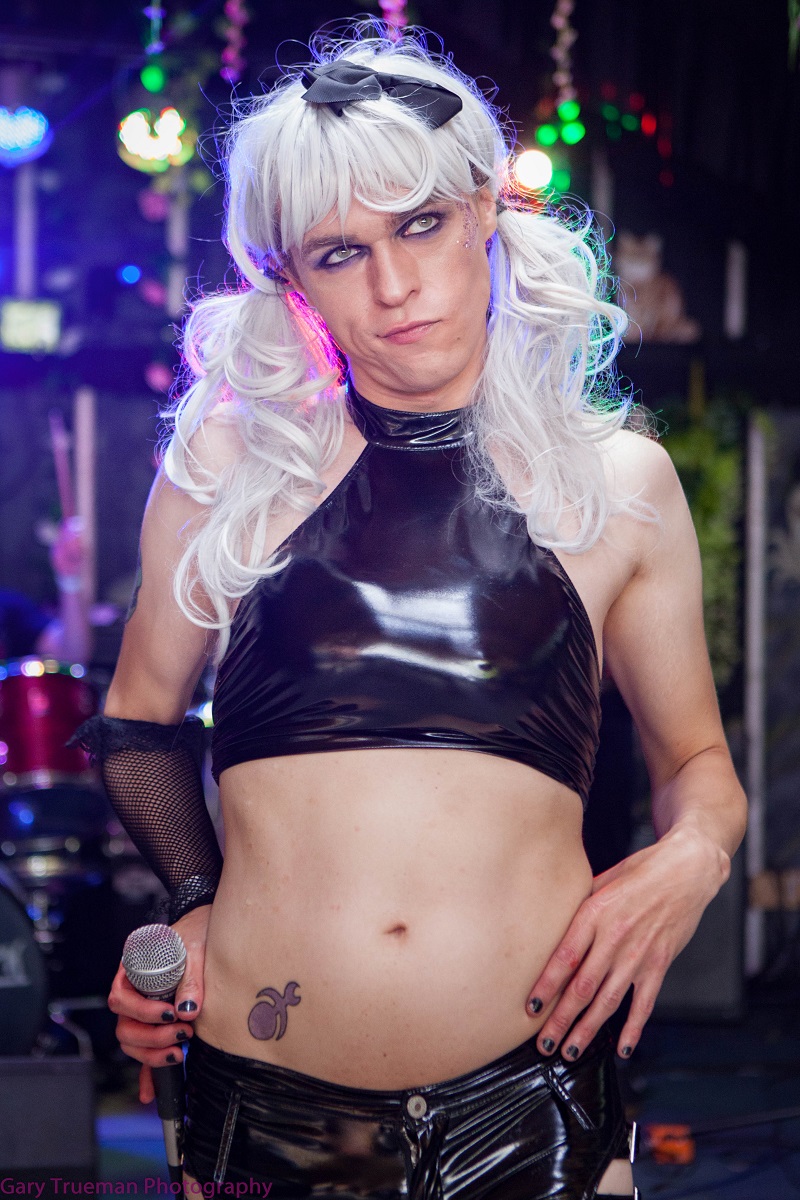 Indoors The Band For Disease, Control and Prevention show you can add a new twist to the traditional punk theme while The Menstrual Cramps play a set that is full of great hooks and boasts songs sung with both pride and passion.  Outdoors Shane Pain proves to be a serious contender for surprise hit of the day.  It’s a revelation of a set filled with great moments and incredible vocals. Def Goldblum bring some rap to the house in yet another killer performance. Following them are classy hard rockers Jelly and the quite incredible Birdeatsbaby.  Mishkin’s vocals pitched perfectly with the electric violin of Hana Maria are utterly astounding. 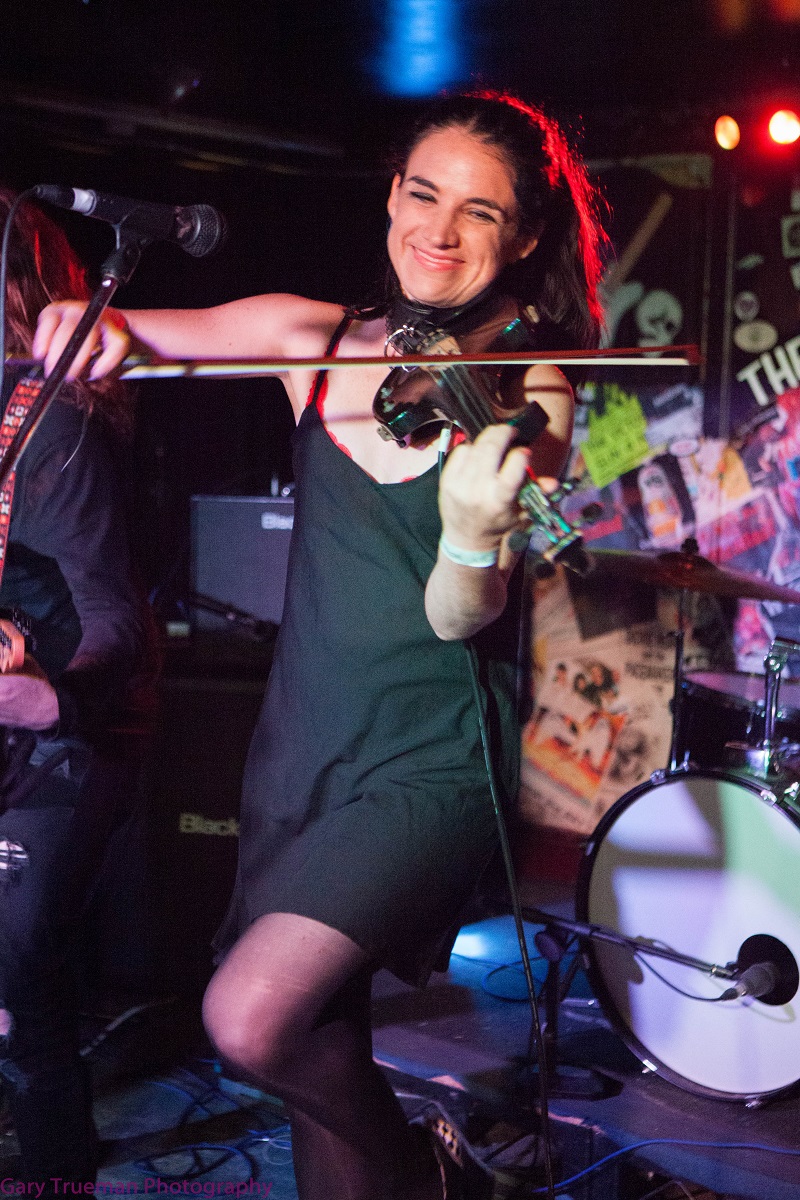 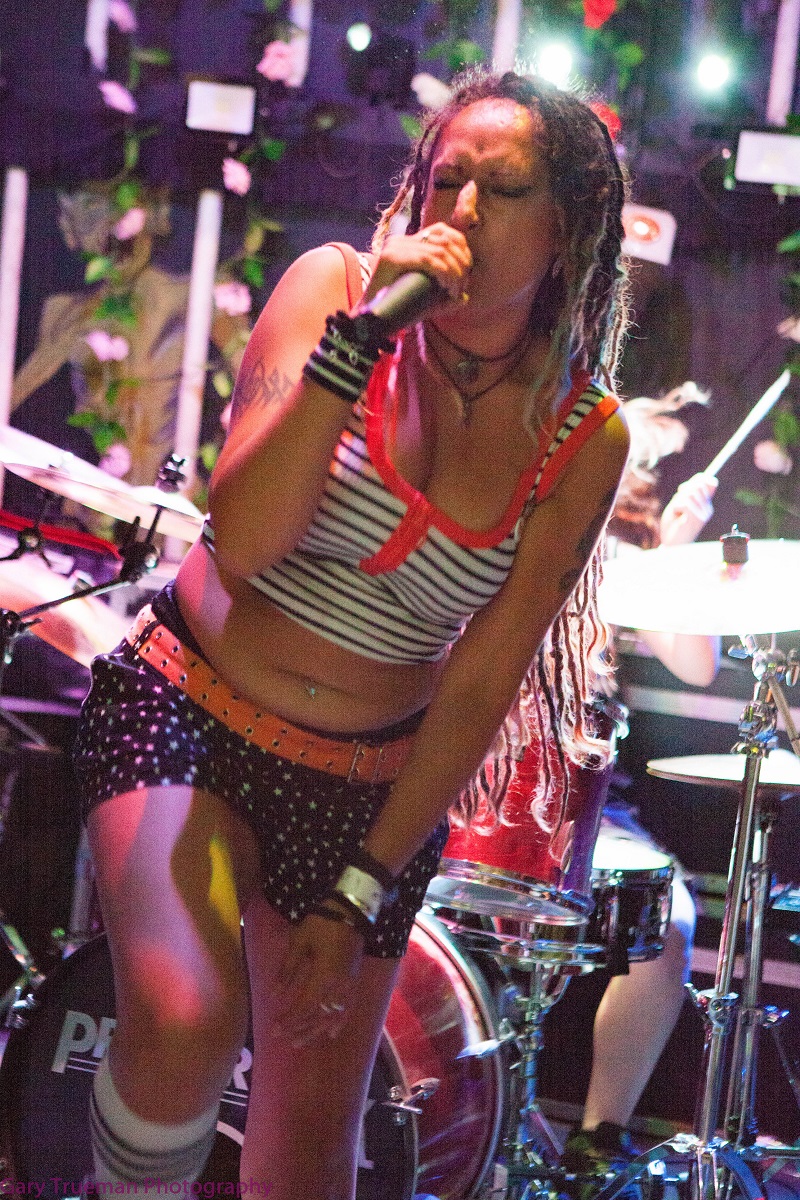 Hana takes to the stage a second time, this time indoors with her Hana Piranha project which means we’re treated to those sublime violin skills twice in one day. Back outside and Pulverise do what it says on the tin. Their set is an audio feast of rap metal and party vibes. The band are simply breathtaking. A Void follow with some lovely grunge tinged music which hits its target perfectly.  Then comes the outdoor finale with Papashango who appear to have about a dozen band members putting on quite a show which includes water pistols and a shamen on a step ladder.  The night is seen out by the ever popular Wonk Unit and then The Papashangos. 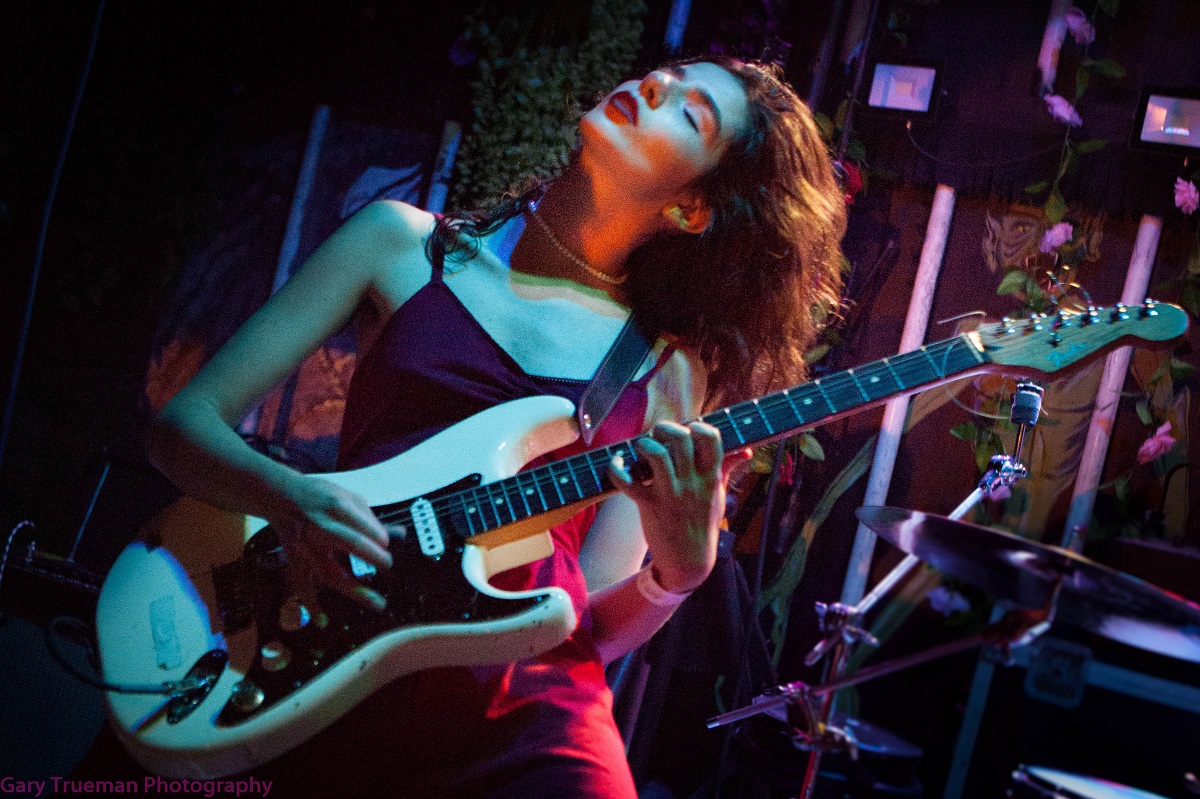 Lawrence Mahmood didn’t just put on a festival, no mean feat in itself.  He’s shown that music is universal and that any boundaries are of our own making. Today in Coalville those boundaries didn’t exist, they were obliterated by good music and good people. Unholy Messtival it turns out is anything but how it describes itself.

Interview: Fyzz Wallis Band "I think it’s good to ask questions with songs rather than preach with them." 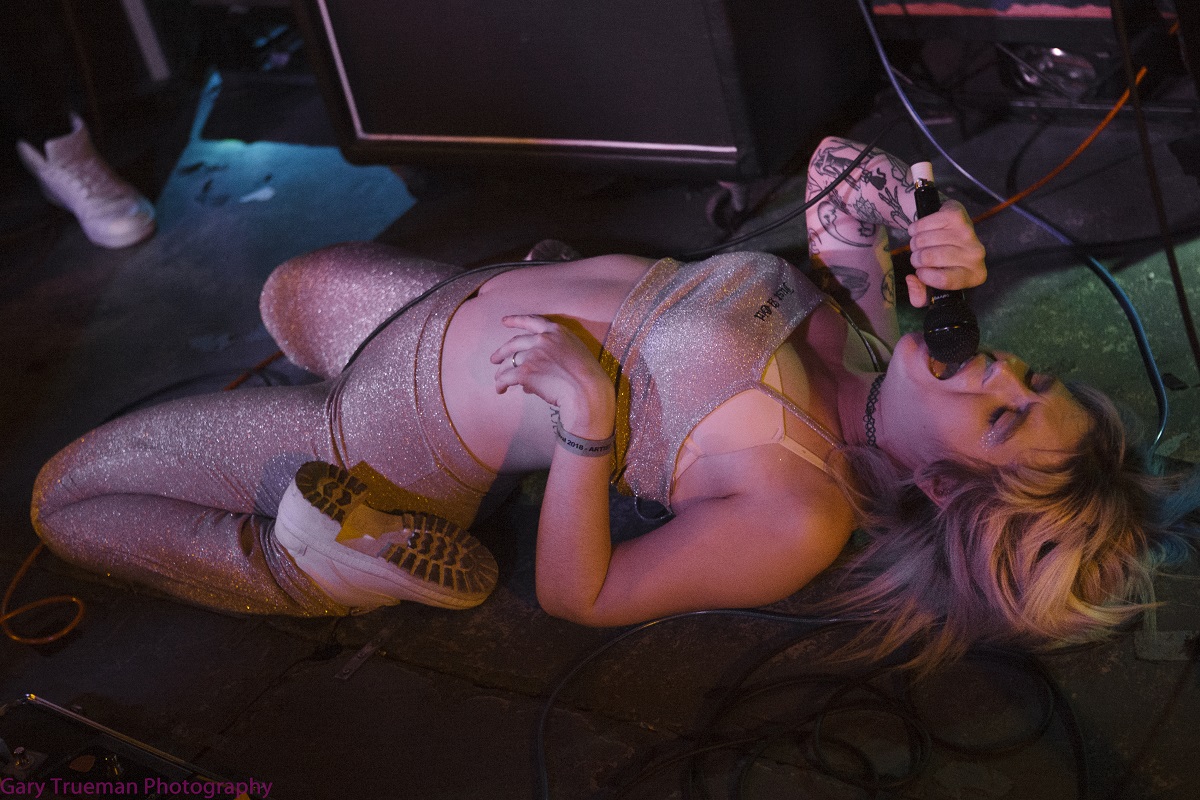 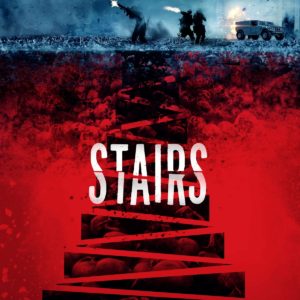