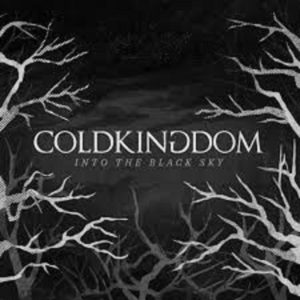 Into The Black Sky – Self Released

Almost certainly the originators of the saying ‘if a job’s worth doing, it’s worth doing right’, Cold Kingdom present their heart and soul in musical form. New singer Elissa Pearson’s razor-sharp vocals, bellow beautifully over a big, huge sound. Hate to compare, but this is up there with the hard-hitters – Halestorm, New Year’s Day, Evanescence – you get the idea. ‘Desire’ is unleashed fast and hard. The chorus of epic ‘Devil In Me’ clatters along with a massive beat and stunning singing. It’s a strooong song. Synths and keys slow proceedings (slightly, don’t panic) in ‘Left Me Haunted’. ‘Volatile’ is a head-spinning ass-kicking banger. As the final tracks set in, the band are still running full with wholehearted ‘Fear Is Yet To Come’ and bass-tastic glass-shatterer ‘A New Disaster’. ‘Into The Black Sky’ – it’s rock, it’s roll, it’s tight, and it’s a wonder that this band is not playing sold out arenas around the world. 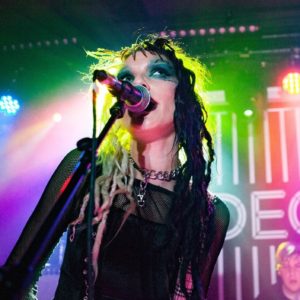 Hands Off Gretel / Desensitised The Bodega, Nottingham  20/6/2019 Desensitised have come such a long way in recent...
Copyright 2017 Devolution Magazine. All Right Reserved.
Back to top