Hailing from Birmingham Vertigo Violet are a band that have grown in stature at an almost impossible rate. From their formation just a couple of years ago they’ve already made it to the mecca of punk performing at Rebellion festival this August. Song writer and vocalist Charly Malone spoke to Devolution’s Gary Trueman about life’s psychopaths, keeping your voice in good shape and why Benedict Cumberbatch is an man to be applauded. 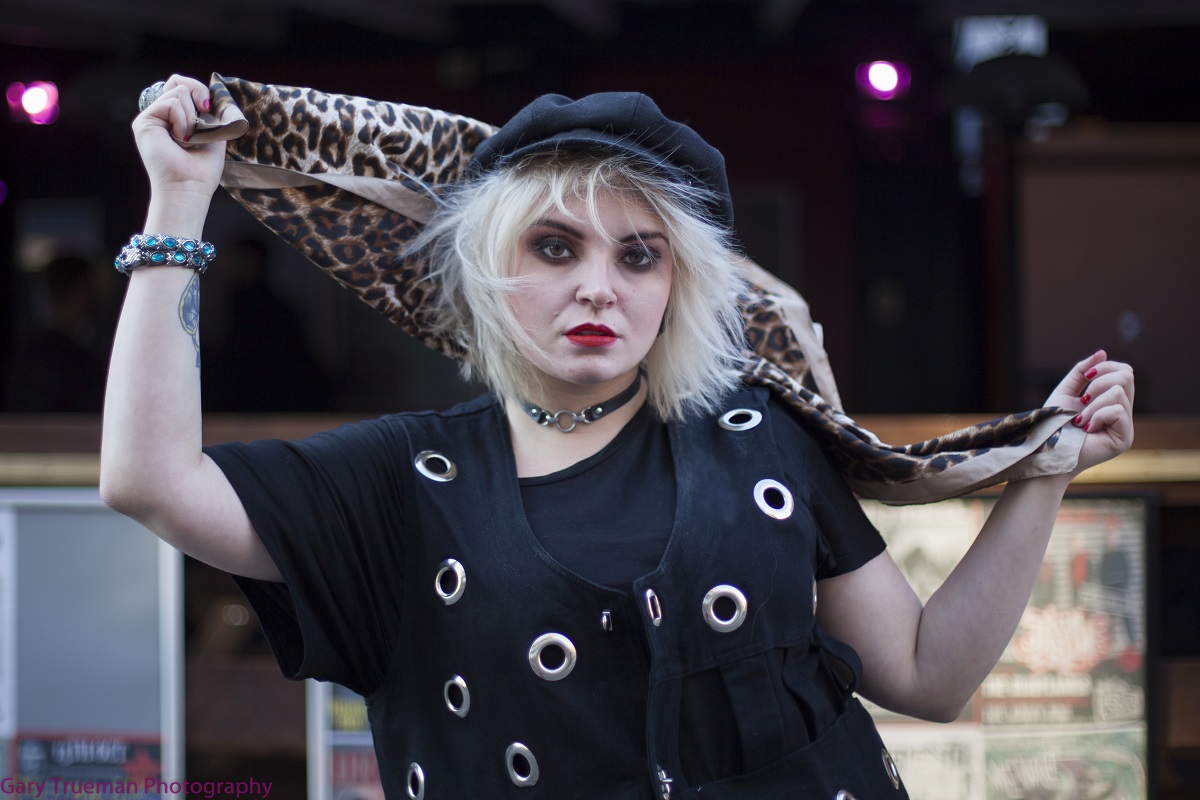 Your band Vertigo Violet seem to fall somewhere between rock, punk and grunge musically, is that a fair thing to say?

“I have no idea, I’ll leave that up to people who listen to us. We go with how we feel. I think we fit in with the rock genre and we fit in with the punk genre. We have a punk moral, I’ve always had a punk heart but as you get older, musically you change.  I would hope we do fit in to different categories, maybe staying mostly in punk but branching out so we get a wider audience.”

So do you think more bands these days are writing music that’s less easily defined by genre?

“I think if you ask any band what genre they fall in to they usually can’t answer. When you write something you know what you’re aiming for with the sound but it’s not just your opinion, you’re an artist and your audience will feedback on it as well. I think if you can reach more people than just those in one box then that’s a good thing.”

Tell us about the song Psychopath that you recently released?

“I’ve had a lot of bad experiences with people.  I remember getting in the shower one time and starting to sing psychopath and thought let’s just exaggerate on that. It’s not about anyone specifically. People have asked if I’ve had a best friend that was a psychopath and I haven’t, well I hope not. Throughout my life I have attracted a lot of people who have been nasty and used me and been horrible to me. There are certain traits associated with a psychopath so whether they were or not I don’t know.  I think it’s me being creative and turning it into a song. There hasn’t been a specific psychopath in my life. People asking this has caused a bit of a stir so it’s a good thing I can answer.” 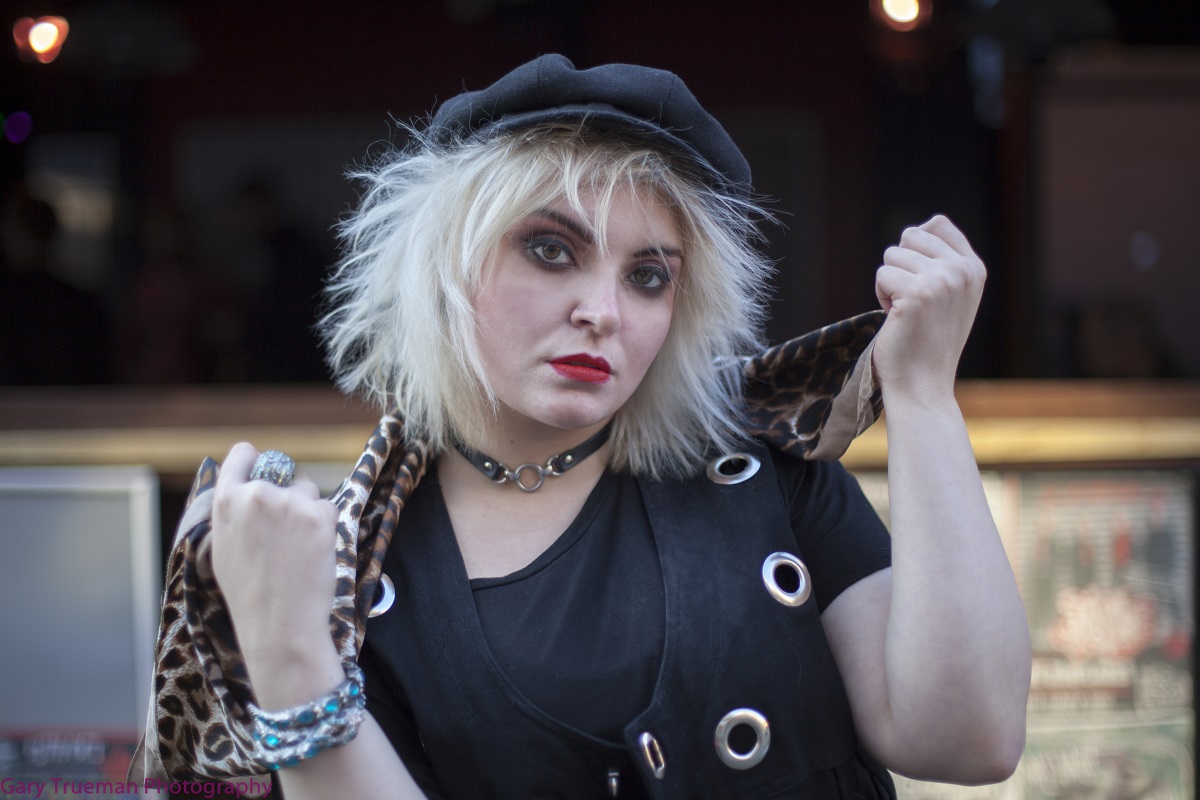 You have quite a powerful voice and when you sing you make it sound effortless. You fit into the punk ethic but your voice is almost classically rock.  Are you aware of that ability to project your voice?

“Not really. When I was younger I used to sing in choirs and I’ve always been told I have a big range. Obviously as an individual choirs aren’t my thing. My musical taste is a bit heavier but I just use what I’ve got.”

Do you do anything to keep your voice in good shape?  Exercises, alcohol?

“Well first up alcohol does not help your voice. I generally avoid alcohol before I sing, but not afterwards because you want to chill out. I want to chill out a lot haha.  So I do have a few after I’ve performed. Obviously it’s down to the individual, if you can drink and sound awesome then fair play. I do warm my voice up before I sing if I have a chance. I like to just go in to a quiet area and warm my voice up. I think it’s really important. I take a hot drink on stage with me if I can too. It’s important to look after your voice.”

You recently played Rebellion festival, that must have been a big moment?

“Yes. I’ve wanted to play it for long time and Vertigo Violet is my third band. We got a message asking us to play the introducing stage which was awesome. I honestly didn’t expect it and I was over the moon. It was an amazing opportunity because there are bands that fly in from all over the world to play. We literally sold out of our single within ten minutes on our merch stall. It’s a brilliant festival. If you haven’t been to Rebellion then you need to go.”

Back there again next year?

“I hope so. We’re still writing and we will be recording an EP or an album. It depends on how much we can write between now and July/August time. It would be brilliant to get on another stage next year. Let’s bring in the women and the minorities and the young people.  We need to give the younger people a chance.” 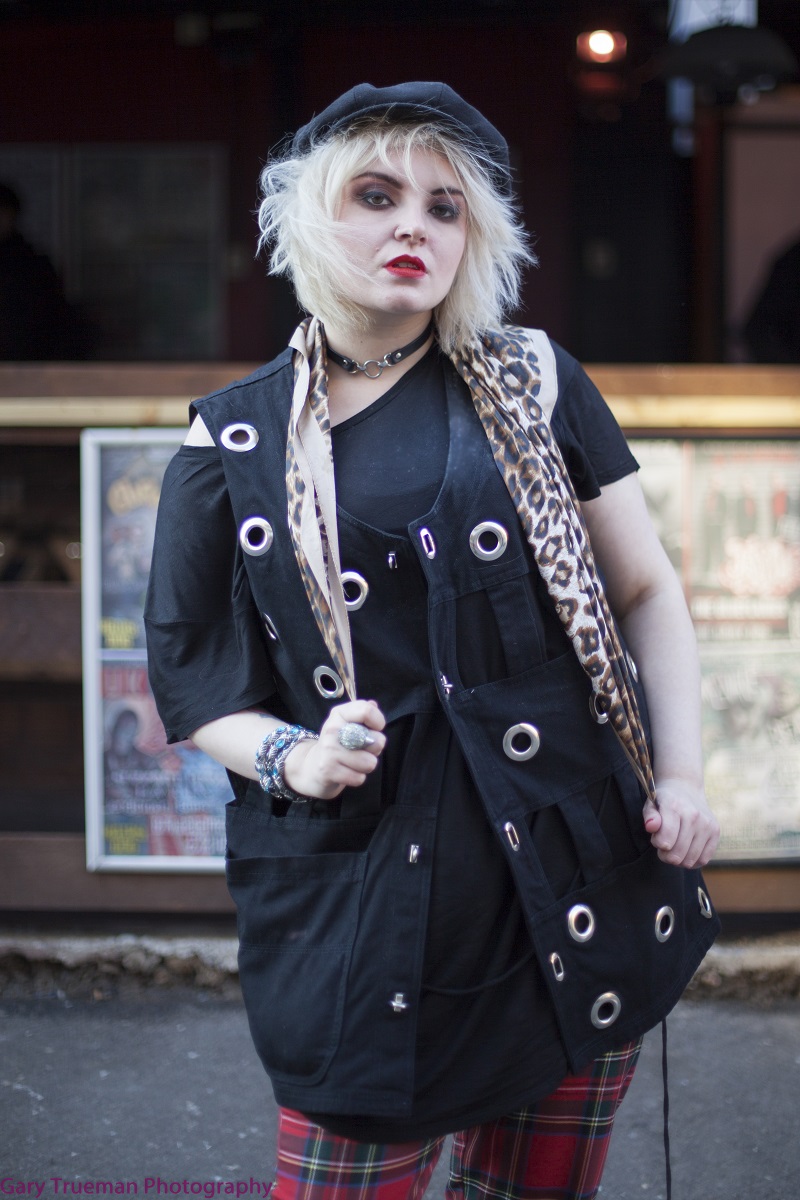 Rebellion does have a very high percentage of female artists, more than any other festival possibly.

“There are a lot more women in music now statistically. It’s amazing. It’s still a work in progress but we are definitely getting there.”

You posted about Benedict Cumberbatch stating that he would not work unless women were paid the same as men on a film project. Men need to be feminists too to make real change don’t they?

“They do. I really like him as an actor. I’ve read interviews about him and he’s from a wealthy background and I’m not but he’s using his background and he’s using his privilege to make people aware of certain issues. He’s got a great mind set. Not accepting an acting job unless a female co-star is paid the same is brilliant. He’s got the power to do that and he’s used that voice of his. He’s a great actor, and he’s quite cute too haha.” 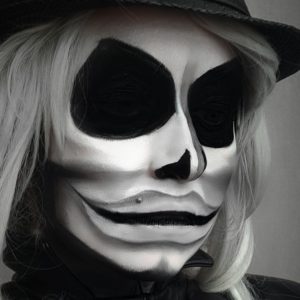 31 Days of Halloween – Day 29, Blade After the reboot of The Puppet Master was announced, I decided to create a makeup...
Copyright 2017 Devolution Magazine. All Right Reserved.
Back to top