It’s been a big year for the mighty Malevolence. Prior to their set at Download Charlie & Alex talked about their new album and their love of Belgian chocolate and North Face clothing. 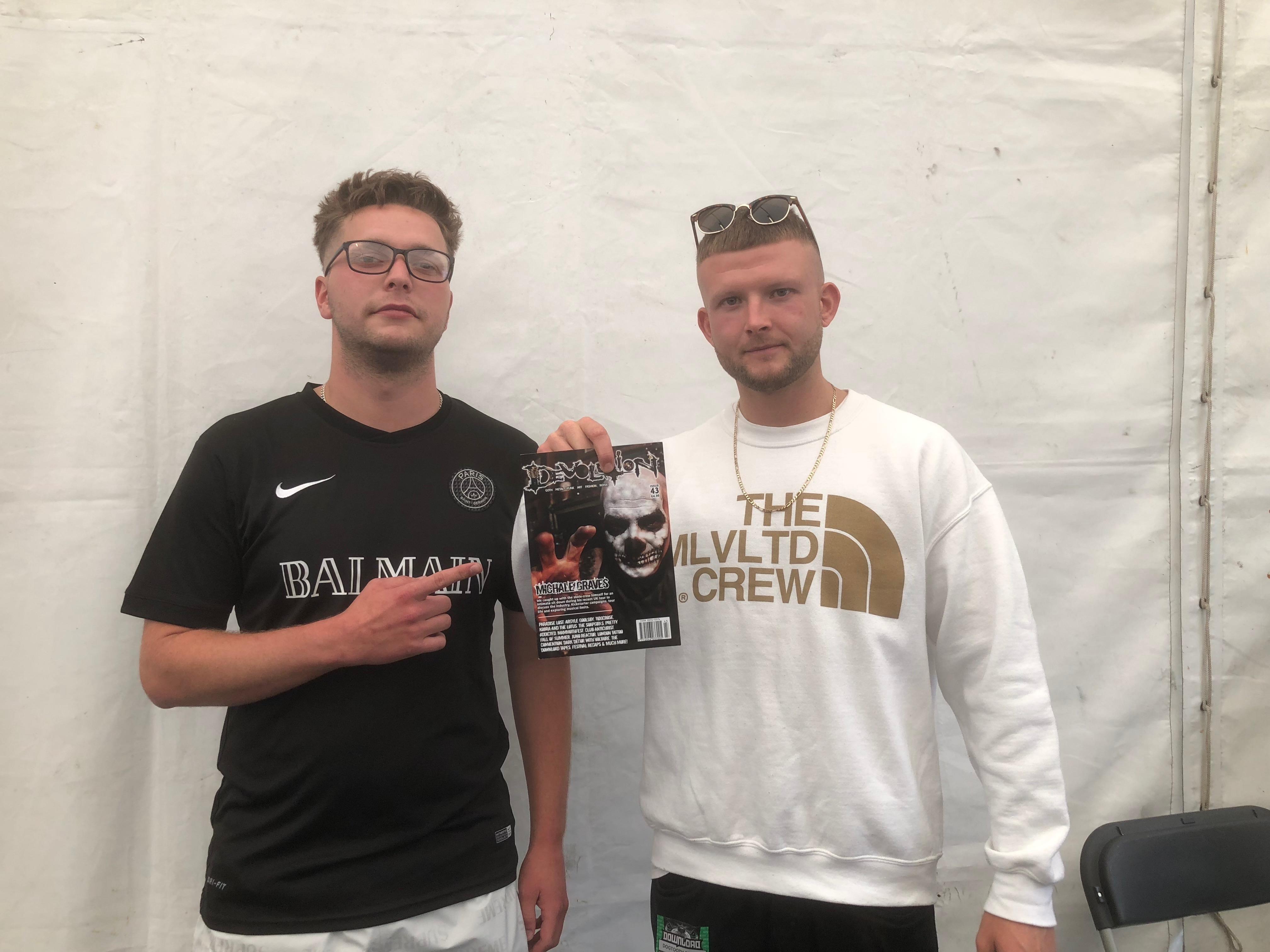 Describe your music in your own words

C “Shit hot heavy rock. Really hard metal is how I like to describe it.”

A “It’s like a bastard hybrid of Pantera, Lamb Of God, Hatebreed, all that good shit.”

You’ve got a good underground buzz going on, what’s it like having such passionate fans?

C “It’s great I suppose, we came here in 2014 and hopefully we’ll see a few of the same faces and hopefully a lot of new faces as well.”

If you could be endorsed by anyone who would it be and why?

C “North Face, because I wear a lot of North F ace and it would be nice to get it for free.”

C “And McDonalds for him.”

A “Yeah, and probably McDonalds”

Describe what each band member brings to the table.

A “So Charlie and Josh they all write most of the music. They’ll sit for hours in the practise room grinding out riffs and putting beats to it. Me and Wilkie will then sit down going over the demos and write some lyrics, decide the concept of the song and then we’ll sit down with Conor and Conor will do the singy part to the melodies. So it’s all kind of a joint process.”

If you could choose to play any UK festival, which one would it be, and why?

C “To be honest I never used to dream that big, I used to just want to play Ghostfest. And then I played that and that was great and everything else was just a bonus. Obviously, I used to love Download and then we played that 4 years ago and now here we are again. What else? What other UK festivals are there? I suppose Leeds Fest.”

A “Leeds Fest would be cool. And Ghostfest was the highlight of the year for us when it was still going. Obviously, it’s sick being back at Download, it’s always good fun every time we play here.”

It’s interesting that different bands always have different festivals they want to play. The heavier bands have Bloodstock, the more technical ones have Techfest.

A “We’ll play Bloodstock if they ever give us an offer.”

A “We all have our own pretty bad habits in our own unique ways.”

C “We’ve learnt to live with each other over the years. It was more difficult when we were younger. You learn to put up with it.”

Have you got any message for your fans?

C “Learn to pit better. A lot of lads I see in a pit these days are doing these rubbish spin kicks, not even high, not even past the waist. You need to get your leg high in the air, make it look stylish. But also, make it look hard. Stop flailing about.”

A “And also thanks for buying the album and keep buying it.”

C “And we love you really.”

A “Mosh however you want really.”

C “It’s free expression, do whatever you want.”

You’re in the studio at the moment with a new album?

C “We started writing again, and I think we’ve been doing it caveman style for years, as in me and Josh just sitting in a practise room trying to write off the top of our heads and never recording anything, and we’ve just set him up with a computer with Logic so now he’s writing. He’s off in his bedroom writing all the time. I don’t know why we’ve never done that, it seems ridiculous. Now we have we’ve written like 5 songs straight away.”

How’s it sounding so far then?

A “Insane. That’s all I’m going to say on it. It’s a level up again. When we thought we couldn’t get any better, we get better, basically.”

If you could have anything on the band’s rider, no questions asked, what would it be?

A “Cécémel chocolate milk from Belgium because it’s lush.”

C “We have that anyway. A bottle of Grey Goose.”

A “I don’t know, chocolate milk and Grey Goose, yeah.”

On the way to a gig do you argue over what music gets played? Who wins and what’s the popular choice?

C “Usually Alex puts Drill on. Pretty much as simple as that.”

A “It’s like hard UK rap. We don’t really listen to much metal unless Josh gets hold of the aux cable. It’s normally just Afro beat, trap, rap, that sort of stuff.”

C “We generally agree, unless Con’s driving and he puts like dad rock on or something. We don’t really agree on that. That’s the only time.”

Who or what are the biggest influences on the band?

C “It differs for every member. I don’t know where to begin. I suppose collectively it’s like Pantera.”

C “Lamb Of God. At The Gates. And then loads of death metal, Dying Fetus. Necrophagus. The list is endless to be honest. I’m more death metal orientated, just what I listened to growing up. I know some of the other lads like more hardcore stuff. That’s it really.”

A “Hardcore bands like Terror as well. I remember going to see them back in the day and thinking the energy they have live, that’s what we want to do.”

C “We even draw influences from bands we’ve toured with recently like Not Loose, we even took some ideas from Fallujah.”

Are you going to try and see any of the bands that are playing today?

C “Well I’m going to watch Not Loose after us, definitely.”

A “I want to see Parkway Drive, just because the stage show looks insane.” 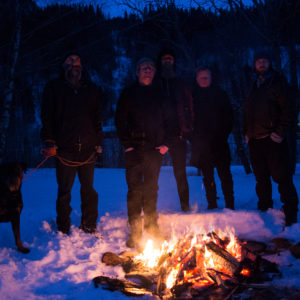