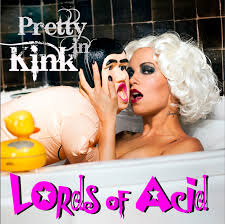 What better way to celebrate 30 years of electro success than a brand new album?  Led by Praga Khan the group have always had a unique sound crossing over between dance, industrial and techno, and this album is no different.  The highly sexual lyrics are there too, something that has raised eyebrows over the years but has specific and valid points to put across.  Lords Of Acid aren’t afraid to broach sexual subjects that others avoid.  Pretty In Kink has some great moments on it particularly on the more industrial led tracks.  The vocals are strong, and beautiful as ever, with some male rapping giving the album added depth. This diversity along with some crisp production makes Pretty In Kink the strongest outing yet for Lords Of Acid. With alternative culture  becoming wider reaching this should be a big hit on the club and party scene.  30 years is a long time in music but this album shows you can stay in business and still stay true to your vision.

Lords Of AcidPretty In Kink 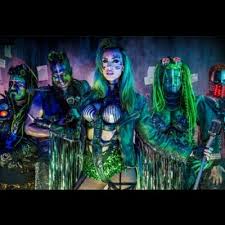 Sick N Beautiful Element Of Sex – Self Released Having an image is part and parcel of being a band these days...
Copyright 2017 Devolution Magazine. All Right Reserved.
Back to top