It’s time to air your tent and buy your booze.  Download 2018 is almost upon us, so we thought it would be a good idea to look at a band from the main stage and some emerging artists playing the Dogtooth stage that Devolution readers might want to check out. We already know all about Cradle Of Filth, In This Moment and Ozzy but the festival always has so much more to offer and so many new acts to discover.

One from the main stage:

Playing the main stage on the Friday for the first time this year are Marmozets.  The Yorkshire five piece have moved on from their early math core roots but still retain the precise edge of that sub genre.  Playing the biggest of stages at Download marks a significant step up for the band.  Expect them to make the most of it in the very noisiest way possible.  Listen out for: Move Shake Hide and Major System Error.

It’s pretty astonishing watching Steven Dobb and Lorna Blundell, collectively known as The Hyena Kill perform on stage.  Fact is unless you see them you’d imagine the music they make was being played by at least three musicians, and they produce enough shock and awe for it to sound like four.  The Mancunians have taken metalcore, stripped and gutted it, and then rebuilt it so that it sounds fresh and new.  Listen out for:  Exit Mask from their latest EP Spun.

Opening on the Saturday are Liverpudlians Death Blooms who make the sort of punk metal racket that’s just perfect for blowing away those hangover cobwebs.  The band have one EP to their name to date and went down a storm supporting Insane Clown Posse and  Mushroomhead.  They’re support for Jonathan Davis too as he gears up for Download.  Listen out for: Sick and Hate:Die

With latest album Hands Of fate gaining critical acclaim Savage Messiah are one band that are seriously on the up. The quality of their writing coupled with a reputation for flawless live performances make them a must see this year.  The more intimate surroundings of the Dogtooth stage will only make their performance even more powerful and memorable.  Listen out for: Hands Of Fate and Eat Your Heart Out.

Formed from the splitting in half of Eluvietie Cellar Darling have taken folk rock and brought it into the twenty first century courtesy of powerful riffs and inventive song writing.  Anna Murphy’s vocals have grown so much in Cellar Darling, giving the band real originality.  Instrument spotters look out for Anna’s electric Hurdy Gurdy which makes more than just a token appearance in Cellar Darling’s songs. Listen out for: Black Moon and Avalanche 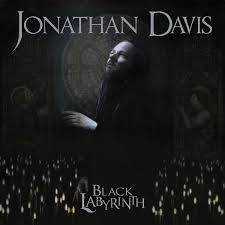 Jonathan Davis Black Labyrinth – Sumerian Records We already know through his work with Korn that Jonathan Davis...
Copyright 2017 Devolution Magazine. All Right Reserved.
Back to top