Eyes Set To Kill: “We’re Having A Good Time With The Kebabs Every Day”

With the departure of Anissa Rodriguez around a year ago you’d have been forgiven for thinking Eyes Set To Kill would be struggling with their identity. The evidence points to anything but with a brand new album doing very well and a great response to live shows. Gary Trueman spoke to the band about the new record, touring in the UK and kebabs. You’ve just put out a new self titled album. Was there a reason for going eponymous after having already put out several other records?

“We spent a lot of time on it and put a lot in to it and we felt like it defined us the most.  We felt it made sense.”

So there wasn’t any kind of new beginning thing with Annisa leaving the band around a year ago?

“I guess you could say that though she is on the album too. The bass is done by her on there. I think we were going to self title it even before she quit. We had gone through a lot and it took us two and a half years to write the album. We wrote so many songs for it so we’ve got a lot of cool B sides that I hope we can put out some day.”

That’s a long time to write an album. What was the process like?

“For the most part the songs were written on the road, like in little parts. Then we’d put them together at home. We did write a couple at home too. Nothing changed in the way that we wrote but we just had a lot more time to find the exact sound that we wanted to go for.”

Did you tour with the new songs before the album came out?

“A couple of them. We started playing our single Break before the album came out, like a year and a half before. We played it before it was even recorded. We had our own demo version we recorded at home and it has barely changed. We just cut a little bit of fat off of it like the bridge and that was about it.”

How many times have you toured over in the UK now?

“This is our fifth time but it’s never been this extensive. It’s always been three days up to maybe five days. We once toured with Caliban and they don’t do the UK so we just added four days at the end by ourselves just to help out with costs and stuff and play some fun shows.  Our first ever gig in the UK was here at the Crawfurd Arms and I have a cool picture from then. We haven’t been back in eight years so it’s cool to be back.”

Is there anything in the UK that you find a bit weird?

“The traffic on the opposite side of the road. We almost get hit by a car every day when we’re walking anywhere. Considering we all speak English there’s more of a language barrier than we were expecting. Scotland!, no idea what was going on there.”

How did you get on in Newcastle was there a language issue with the geordies?

“Geordies! Yeah. Someone apologised saying he was Geordie and we couldn’t understand much of what he was saying.”

What about the food?

“We’re having a good time with the kebabs every day.” 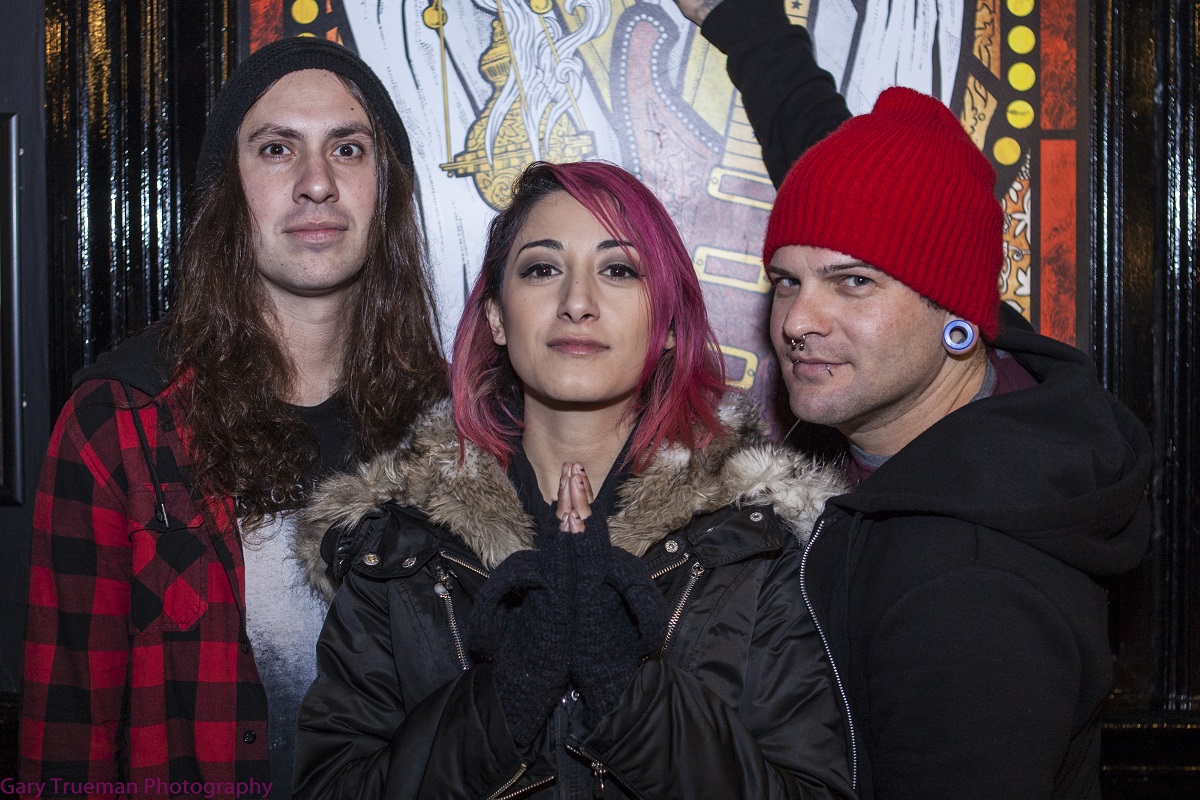 Do you not get them in the US and is there anything you miss?

“We do but we never eat them there. Mexican food, we’ve not seen any Mexican food.  Although there’s a Taco Bell in Glasgow now and we tried it and it was the same as the US although they had some cooler menu items we don’t have. We’ve noticed Taco Bell and McDonalds both have vegetarian options  on the menu and they definitely don’t have that in the states.”

Veganism is really growing in the UK and a lot of band members are noticeably going vegan.

Two of you are from Arizona but one lives in California.  How does that work with writing and practice?

“We never really thought it would be possible but it doesn’t prohibit anything. We just meet up when it’s time to work. Drive or fly, whatever. It’s only an hour flight from Phoenix to LA so it’s not that bad and the drive is eight hours.”

Do you have more shows planned for 2018?

“Yep, touring the album. Hopefully touring overseas. We have no plans to come back to the UK at the moment but we’d like to come back sooner rather than later. We’ve waited since 2012. We’d like to play Download.”

You’ve got a new bass man Comron Fouladi filling in for this tour.  Is he going to stay with you?

“We’re thinking about it.”

You had a few issues at the start of the tour.  Have things been sorted out?

“First show. It’s been better. The guitar head we were using was going out. So we borrowed a head. We miss our own gear from the US.  We’re using the opening band Klogr’s gear.  Second show we had the same stuff happening. And the third day. It got better on the fourth day. All the shows have been fun though.”

There’s one song that you play in your set that is covered here in the UK extensively and that’s Zombie.  Obviously it now has special meaning with the passing of Dolores O’Riordan.  Was that why you included it in your set?

“It’s included as a tribute. That’s why we play the song exactly the way that it is instead of putting our own spin on it.”

So apart from Zombie if you could pick one song to cover in Eyes Set To Kill what would you pick?

“It would probably be a Nirvana song. We would do a Nirvana cover album that’s what we’d do haha. We’ve covered In Bloom before, that’s a fun one.  We’ll go with In Bloom.” 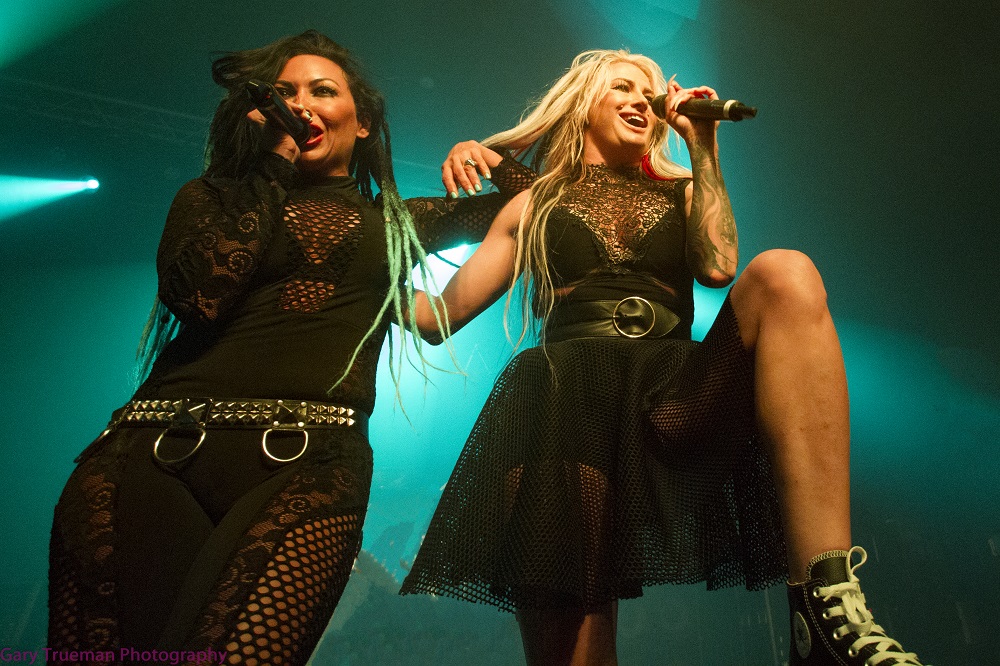 Gary Trueman, thank you for your blog post.Really thank you! Awesome.

Clayci, thanks so much for the post.Really thank you! Great. 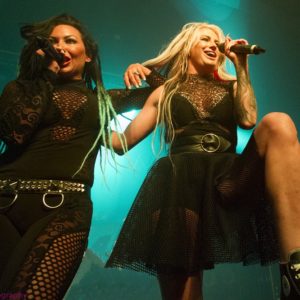 Butcher Babies/Eyes Set To Kill/Klogr Rescue Rooms – 20/2/2108 There’s a lot to like about the Rescue Rooms. ...
Copyright 2017 Devolution Magazine. All Right Reserved.
Back to top