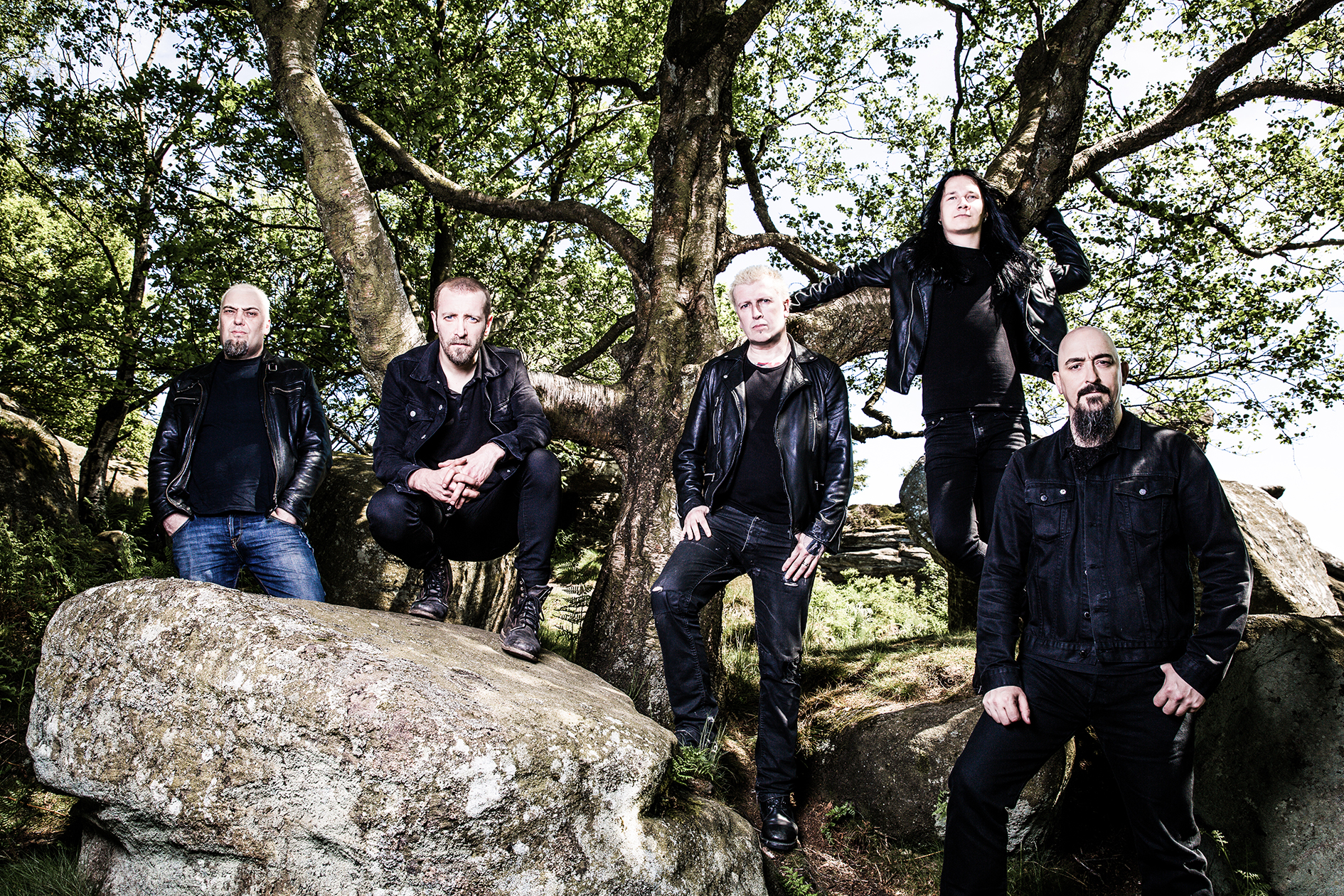 For a band that has spent three decades created some of the most beautiful and the most miserable music to still be here and relevant in today’s scene is a major feat. Unique in almost every way Paradise Lost have stood strong and made it through by simply sticking to their musical guns and creating whatever they felt was honest and worth creating. ‘Medusa’ is the bands more than impressive 15th studio album with a Greek mythology theme gelling the songs together we were excited to sit down with Nick Holmes and Greg Mackintosh who are no strangers to Devolution to discuss concepts, anniversary shows, electronic music and thirty years of being in Paradise Lost,

What can you tell us about the new album ‘Medusa’ so far?

Nick: It’s our 15th album, probably the heaviest we’ve ever recorded, very doom orientated. If I had to slot it in with other albums it fits quite between ‘Gothic’ and ‘Shades of God’ in terms of style, but production values its way more modern. That’s about it really.

Greg: It’s eight tracks and quite long songs, about eight minutes each.

Is there an overarching concept or theme?

Nick: Concepts are similar to what I always sing about, I sing about religion in a rather negative view, I sing about life and death or the ongoing quest for why we’re here, what we’re here for so life itself is a bit of a concept I suppose. You just get to look at it from a different age barrier as we get older.

Have there been any particularly interesting influences on it like art, film or anything other than music?

Nick: We’re massive fans of films so there’s really nothing that triggers any one subject or any other, we love cinematography so that’s all an influence but anything dark we take an interest in. It’s just no one specific film but anything inspiring in general.

What ideas did you have when you wrote this album, were you going to write about anything you haven’t done before?

Nick: No I write about the same things, just from different perspectives. I’d write about the same thing I wrote about when I was 18 it’s just now I’m older they change in hindsight. Death is a constant thing and how much we struggle even though we have all these vast amounts of technology to keep man occupied, we still struggle. The fear of death and what makes people do things because of this so that’s it, the fear of dying.

Which past albums would you liken ‘Medusa’ to being like, is there any one that it echoes?

Nick: Well production value has come a very long way since our earliest albums since ‘Shades of God’ and the songs are longer so I’d liken it most to that if I had to.

Looking back on your history, did you guys expect to be here after 29 years, did you think the band would be around a long time when you started out?

Nick: We didn’t expect anything, really.

Greg: It was a hobby, something to do on weekends when we were teenagers. We just enjoyed it then someone took us seriously and we did a demo, and we’ve been bluffing it ever since, you’re only as good as your last album, really. Because fashions change and we just roll with it.

Talking about the past albums again, how would you rank them from most to least favourite, which ones did you have the most fun making or you didn’t really know what you were doing?

Greg: I think it’s more songs, the album that’s kind of our most ‘notorious’ or undervalued, the one that we would call our ‘hangover’ album: ‘Believe in Nothing’ which we did in 2001 was caused by our relationship with EMI at the time and it was mixed so many times. There’s some great songs on that album and Gomez our producer is remixing it again as we’ve got the rights back. And our first album, I always thought the production at the time was terrible and I still think it is today, but it’s a product of its era but I like songs from each record, just some I think: what the hell were we thinking?

Are there any particular songs you like to play live?

Nick: we don’t play anything we don’t like, there’s some we like less than others but if they get too bad we won’t play them.

Greg: When there’s an email discussion between band members about setlists for any given gig it’s usually: one of the enthusiastic guys suggesting a whole setlist and me going: ‘fuck that’ and overruling ha-ha.

Have you ever considered playing an album in its entirety for an anniversary show?

Nick: We’ve done that with ‘Draconian Times’ about five years ago, was like the 20th anniversary. There’s a few anniversaries coming up at the moment, we did ‘Gothic’ in its entirety at Roadburn festival last year that was quite special as Roadburn is quite a different event to most festivals. We did three shows for ‘Draconian Times’ and would we do it again, I think so. It’s when we release a new album that’s all we do at the shows and all we care about at that given time. Thinking about what you did 20 years ago is ok but it’s what you did 20 years ago so you want to change.

Greg: And it’s cool to do a show based on those older things but if you did a tour you’d turn into a ‘legacy act’ and nobody would expect anything new from you. 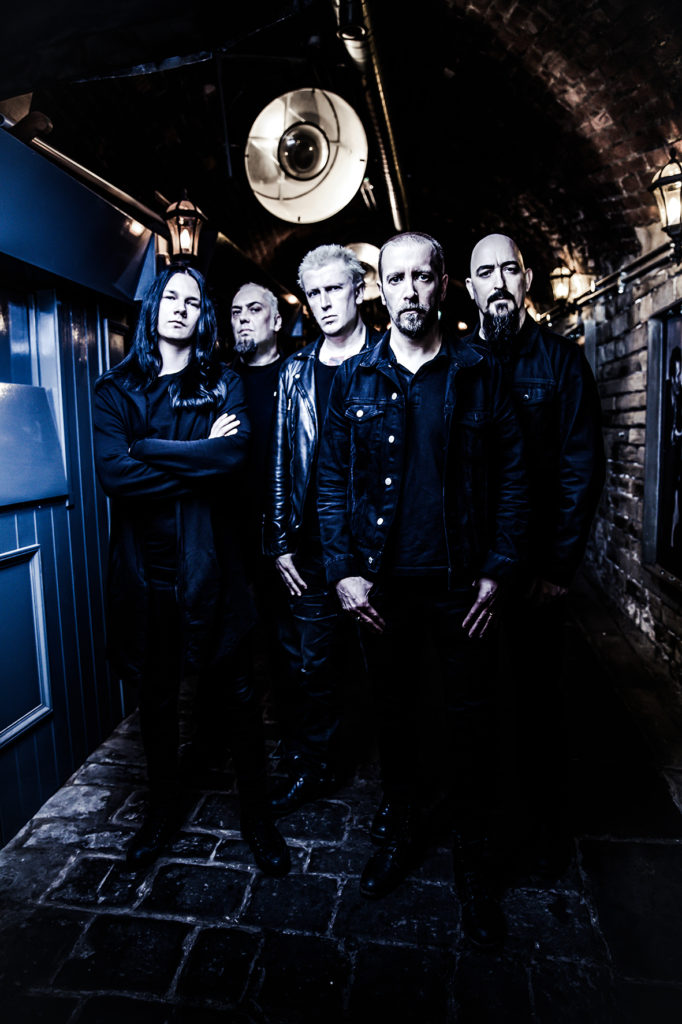 Have you ever thought of going back to or using any of the electronic music you used on Host? Ever thought of using synthesisers again?

Greg: We haven’t thought about that right now as it’s not in the picture for what we’re doing today but I’d say: never say never. You never know what your view on music or the world may be in about five years’ time. If you’d asked me about ten years before we did ‘Host’: ‘would you ever do an album like that?’ I’d have said: ‘absolutely no way’, so there you go.

How do you feel about people generally calling you Gothic Metal, how do you find that label?

Nick: It was us who first called ourselves that. It was a sign of the times, you had to pin yourself into certain labels because there was Goth Metal, Thrash, Death, Black Metal and then all these subgenres came up. So we said, yeah we’re Goth Metal with some Death Metal influences so we’d call it Gothic Metal and then 20 years later Evanescence came along and that was called Gothic Metal.

Greg: And we have absolutely nothing in common with them particularly.

Nick: It’s not that really important in the grand scheme of things but I guess if you or your friends like a band and want something similar I guess they can look at what is recommended on Spotify, so it’s like an arrow to guiding someone’s taste.

Greg: The term did become broader over time and less important mostly.

Nick: It’s like when you’re on Amazon and you buy an album and it says ‘people also bought this,’ that’s what it is.

Has anyone in the media ever labelled you as something and you’ve gone, ‘What? That really isn’t us!’

Greg: Yeah, Hair Metal! Someone called us Techno once. I’d said in an interview: ‘we’re using technology’ and they misquoted me or something.

Nick: It’s a real tabloid thing when they label you as something and you know it’s going to be a bad piece, especially when they say something like ‘Techno Rockers.’

Greg: I did an interview the other day with a magazine and it’s a really positive piece but the headline says: ‘I Hate 99% of the Human Race,’ and you just think, who wrote this?

So what have you guys enjoyed most about being in a band these last 29 years?

Nick: Just being in a band. I was going to say travel but you don’t travel in the same style as when you go with your family, you barely see anything. And when you do certain flights you’re too knackered most of the way. In the old days when we had more time we used to do full on trips like the first time we went to Israel we did a proper tour of Jerusalem and all that. But nowadays you just go in and out and that’s it. So most of all its playing live and seeing lots of old friends throughout the years coming to the gigs. It’s like a big moving boys’ club and that’s what I like most about it, seeing old friends and just making music and not having a real job.

Have you ever had a particular favourite festival or country to play in?

Nick: Yeah, we consider that to be the best festival in Europe, the place just gets better every year. I’d say Graspop is a model festival which lots of others like to base themselves around. From a band point of view anyway.

And are there any countries where you think there’s a much stronger following of Metal than over here? How do you find fans of your music differ across the world?

Greg: People express their emotions differently across the world so it’s not specific to a band; it’s like: certain countries in say, South America might be more passionate about one band than say a British fan because we can be more reserved, but we do have bigger territories than others.

Nick: And when you start out, most of our fans are generally five or six years younger than we are. Generally speaking, when we began we were 18/19 so teenagers liked us and they always go crazy when people of that age come see us, so if it’s a young crowd they go crazy. But some of our fans are now knocking 40 so you don’t stage dive or mosh as much, so as long as the crowd is there it means it’s good and it doesn’t matter if they’re not moshing. I normally need a seat when I go to a gig as I can’t stand up that much anymore but I’m there for the band.

Greg: We play quite slow music but we still get mosh pits. I remember we had two going at one festival, a big one a smaller one that I’d call the middle aged one as it was some older blokes showing their support.

Nick: We have a very slow song called ‘Faith Divides’ us and there was a whirlpool to that once and it baffles me how you get a pit to that song. But it’s better than no mosh pit.

So to round this all off, what advice would you give to your fans who are trying to start their own bands?

Nick: Just make sure you have a backup plan.

Greg: Yes, we’ve never had one.

Nick: And that’s one of the reasons we’re still here after nearly 30 years, we had no backup plan. We’ve been very lucky and it doesn’t matter how good you are, you can never underestimate just how important luck is. Lemmy always used to say that and he’s totally right, you’ve got to be in the right place at the right time or meet the right people. So I’d say go for it, just make sure you have a plan b. We’ve been going 30 years because we fight tooth and claw for it because we don’t have a backup plan but I think it’s safer. 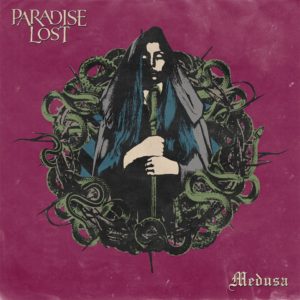 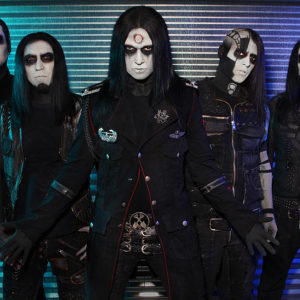 Having been an avid fan of Wednesday 13 for well over a third of my life the anticipation of a new record, a new stage...
Copyright 2017 Devolution Magazine. All Right Reserved.
Back to top