Bratakus are two rather endearing sisters who live in the back of beyond in Scotland.  Their ferocious punk sound complete with programmed drumming has won them many fans up and down the UK.  Off stage it turns out the siblings are rather quiet, sublimely erudite and seem to have a gift for making friends and new fans.  Gary Trueman spoke to Breagha and Onnagh about playing at Rebellion, recording their new album and the cost of travelling to shows. 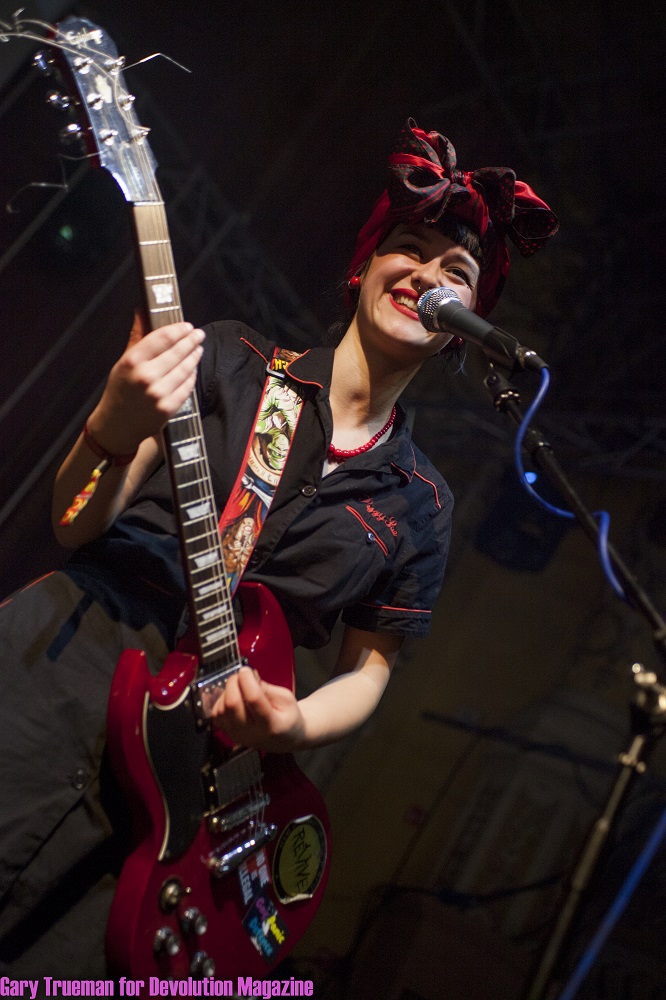 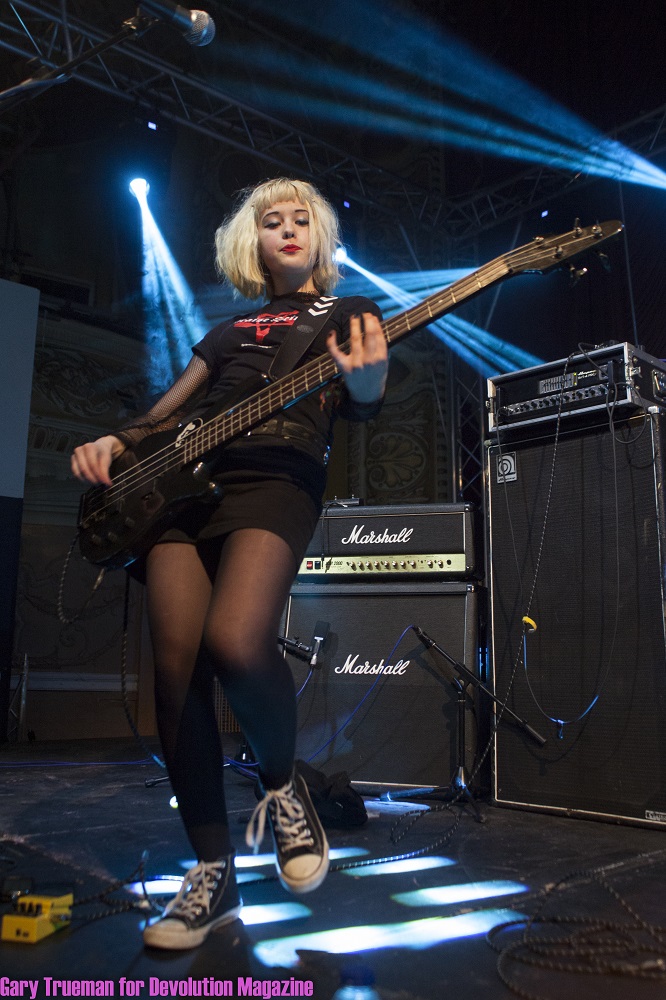 What was it like up on the Pavillion stage?

“It was surreal.  We’ve never played a stage that big in our lives.  We were so surprised by the amount of people there.  I think we were really lucky because the Pavillion stage is in a really good location where people who are shopping  at the stalls can hear you and just come in.  That really helped.  We also did a lot of flyering.  We got up at seven this morning and drove down from Glasgow.  We had some technical difficulties but once they were smoothed out it was a really fun gig. “

You played introducing last year.  Do you think that helped your crowd this year?

“There definitely were a few people that came up and said things like do you remember me I was the vegan guy.  Yes it was probably a good opportunity for us to have reached an audience that we wouldn’t have reached otherwise.  There was a guy who just by chance saw us in the programme and came to see us and he’s from Scotland near from where we live. “

So what’s the music scene and specifically the punk scene like north of the border?

“It’s actually really good.  Up really north where we live it’s a case of if you don’t play a fiddle then you’re not in the scene.  But if you go south a little bit to Glasgow then it’s thriving.  There’s a good riot grrrl and women’s scene, there’s a really good DIY punk scene and hard core bands.  There are a lot of indie bands and more pop stuff.  Between Glasgow, Aberdeen and Edinburgh we play nearly every weekend.  We live four hours away from Glasgow.  We live in the middle of nowhere so we’ve got to travel if we want to play.”

Do you think sometimes people forget that Scotland is nearly as big as England geographically but because the population is so much smaller it’s a much more rural country?

“Maybe.  We think a lot of bands overlook Scotland on their tours.  Sometimes we see a band saying here’s our UK tour and it’s only London.  So please come to Scotland.  Some band do travel, some English bands come up and everyone we’ve played with has been very supportive of the scene.”

Do you find your travelling has to be carefully planned, particularly south of the border because of the costs involved?

“Yes.  It is costly and we have to resign ourselves to the fact that we’re not going to get paid that much at the gigs.  We probably will lose out in the end but if we can just promote ourselves.  Hopefully we can sell merch to make some money back.  We just like to go and play and if it’s a good gig then it’s worth it for us.  It’s very rare that we will turn down a gig because of cost but sometimes it does happen.  When we played Another Winter Of Discontent in London, that was quite a lot of money to get down there, and stay and eat and stuff.  Even going to ma gig in Glasgow can cost us quite a lot.”

So you had an EP out last year and you have an album this year.  How close was it to Rebellion for the album to be ready in time?

“It arrived today.  We told everyone it would be out for Rebellion and then we thought it wouldn’t.  But we thought we would try and we ended up paying for it to be delivered straight to Blackpool.  Everything that could possibly go wrong did because we did the artwork ourselves and we’d written in the wrong lyrics.  It arrived though, we got an advance of a hundred copies.”

Sometimes it can be a big gap from recording to getting the album for sale too.

“Yeah, for us because we drew the artwork ourselves, it took so long.  Then sizing it right and getting it ready on templates.  That’s what held it up because we recorded the album in a few hours.  People have been really supportive here and we’ve sold quite a few copies which is good.  We misjudged the amount of merchandise we’d sell last year too.  We had an EP in a folded paper cover and we were folding them as we were selling them.  We folded twenty in advance because we didn’t think we’d sell more than that and we sold a lot more.”

So now you’ve played and you’ve got the rest of the weekend to watch bands who are you going to see?

“The Petrol Girls, Maid Of Ace, The Ramonas.  Brian Curran who does proper acoustic punk.  Burning Flag too.”

As you’re siblings, what’s the best and worst of each other ?

Breagha:  “We were home educated so we spend a lot of time together, we has a very similar sense of humour and very similar interests.  Being in a band together is fun because we’re not fighting all the time.  Onnagh gets grumpy when she’s tired.”

Onnagh:  “Probably the best thing about you is that you write all the songs and I just stand and play the bass.  We wouldn’t have a band without you.  And the worst….ooh, I don’t know.  She does talk about the evil dead quite a lot.  She watches a lot of programmes I want to watch before I see them and then spoils them for me.” 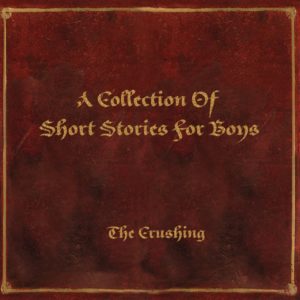 The Crushing A Collection Of Short Stories For Boys (The Crushing) Who wants thirty seven minutes of pleasure?...
Copyright 2017 Devolution Magazine. All Right Reserved.
Back to top