You readers will recall how we sang the praises of Toxicrose’s last self-titled EP back in 2012; well this full length debut album has surpassed it and shattered expectations. An exciting barrage of falsetto screams and heavy pounding riffs, Total Tranquillity is an album far from its namesake. Being pigeon-holed as a Glam Metal or Street Metal act, the Swedish four piece have delivered a much heavier album than expected, but that’s definitely a good thing as it give the outing real character! The album is very keyboard driven, giving it a much more Melodic Glam Metal vibe to it; at the same time people are calling it Glam Metal, but it’s much less Glam and much more Metal, which make it something very unique, complimenting almost Iron Maiden style Heavy Metal guitars with Janne Wirman-esque keyboards. Drummer Michael Sweet (not to be confused with the singer from The Sweet) is the brother of Martin Sweet from CrashDiet and now Sister; Michael really goes to town on the drums on this album. This is not the usual up-beat style of Glam you’d expect from the likes of Hardcore Superstar, Vains Of Jenna or Reckless Love which are a like bubble gum compared to this darker more atmospheric style of Glam. If people are calling Sister “Blackened Glam” ToxicRose definitely are “Dark Glam” as the undertones on Total Tranquillity are a million miles away from Van Halen and Poison.  The album artwork is somewhere in between what you’d expect from a Power Metal or Black Metal band; so it might surprise listeners who are not already familiar with the band. All in all this is a consistently solid album that, which to say has been long awaited is an understatement. I recommend this one for fans of Glam who are looking for a different experience to what they’re used to. 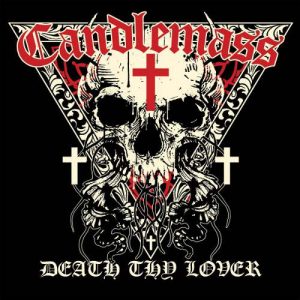