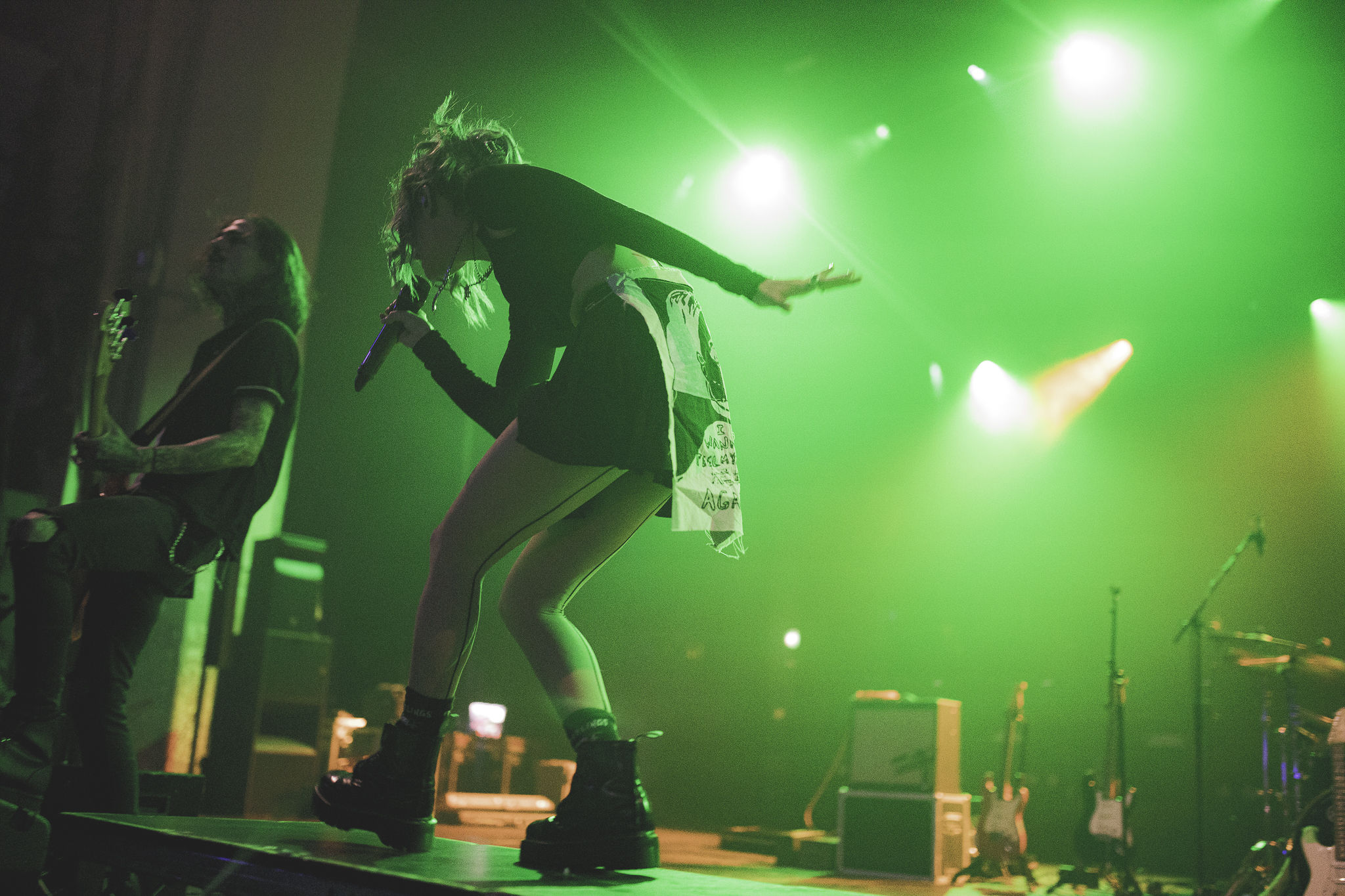 The first artist to kickstart proceedings with a bang is Los Angeles singer Phem. The crowd rose eagerly and welcomed them with huge applause. Lead vocalist Liv Marsico kept the energy levels high through their entire set, and is truly a passionate performer who seemed extremely grateful, honoured and certainly excited to be here tonight. She continued to express her gratitude throughout her lively performance. Each song from the setlist was more than enough to keep the crowd hyped, and many of the lyrics appeared very genuine and close to the artists’ heart, which I’m sure a majority of the audience could relate to and find comfort in. It is without a doubt that (for a large portion of the people here including myself) this is their first introduction to this dynamic group, and they unquestionably made an unforgettable first impression. We were all lucky enough to hear an unreleased song and it did not disappoint! Additionally, towards the end of the set, Phem welcomed a special guest; none other than Tyler Posey. Famed  for his acting in many popular tv shows (most notably as Teen Wolf’s Scott McCall) and his brilliant musical talents, this creator resulted in an uproar from the crowd, and he remained consistent with the elevated spirit in the room. 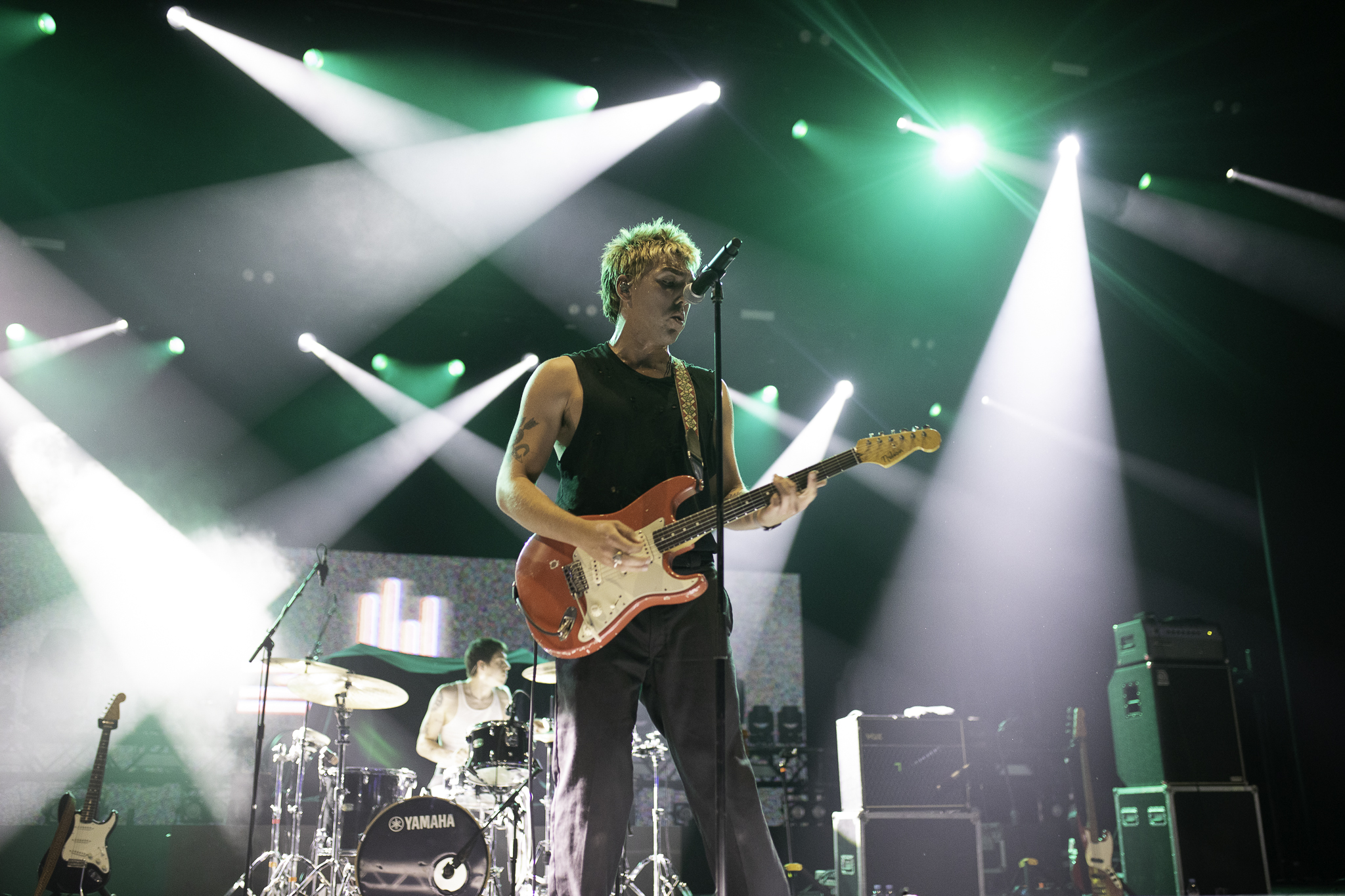 Following and keeping the atmosphere upbeat is Bad Suns the second support act to take the stage. They bring a fresh burst of energy that ripples through the academy. Their performance style is a little more understated but still has a good vibe to it. Their set has a fluent tempo, each song keeping the crowd hooked. The band isn’t as animated in terms of movement around the stage as the last, but were nonetheless riveting.This gives the audience the opportunity to really appreciate their music and I am sure that this group of musicians gained many new fans tonight. 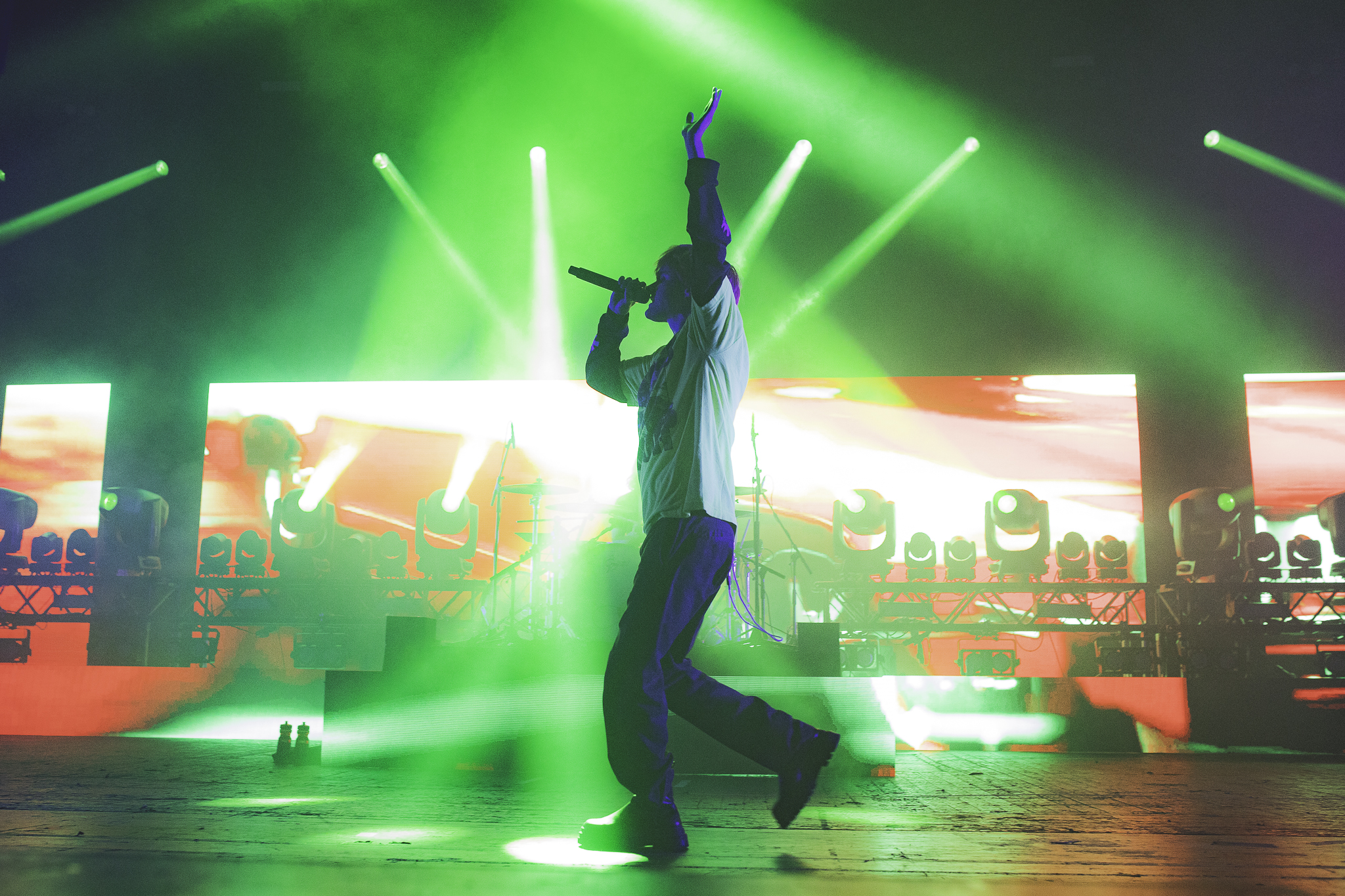 Once Bad Suns have exited the stage, the air fills with a new feeling as the crowd awaits the stars of the show; Waterparks. The chatter suddenly shifts to a passionate applause as bandmates Otto Wood (drummer) and Geoff Wigington (lead guitarist) make their appearance through the wall of smoke very shortly followed by lead vocalist Awsten Knight, with his signature brightly coloured hair and loveable vigour as the opening track ’Stupid for You’ from their debut studio album, ‘Double Dare’ begins to play. Needless to say it was a perfect start to an incredible night. Frontman Awsten was pleasantly shocked at the size of the crowd, an eager 4500 parxies cheering the band on – a great leap from their very first UK show at Slam Dunk festival back in 2016.

Recently released single ‘Funeral Grey’ was introduced with tonnes of pyro action, and had the crowd jumping and singing their hearts out – combined with the smoke and flashing coloured lights, the atmosphere is unmatched. Awsten takes a moment to speak to the crowd,

“About a month ago this show called Heartstopper came out, so you have them to thank for this one” he says in regards to highly popular song ‘Telephone’ which features in the recent hit Netflix series. The crowd goes wild and claps along with the frontman who continues to keep them on their toes.

A bands job is to entertain, and where some bands take this by simply playing their songs and only vaguely interacting with the crowd, Awsten being the enthusiastic performer he is talks to the crowd as if he is a personal friend to each and every one of us, making jokes which never fail to make everyone laugh. This goes from pondering the idea that he could have peed in the exact spot as the world famous pop star Harry Styles (who had very recently performed here) to a much more moving moment in which Awsten decided to Face-time his parents, it is apparent that this night is a huge deal to himself and his bandmates. As the phone rings the crowd waits quietly and much to Awstens and our delight, his mum picks up the phone. We all cheer as he pans the phone around and shows his parents all the beautiful fans who came to support him tonight. Once he has had his proud spotlight moment which we were honoured to be a part of, he jokingly says to Mr and Mrs Knight “okay I’ve got to go to work, I’ll see you later!” and hangs up the phone giggling before turning to the crowd and exclaiming “it worked! Wooo!” The band really have the audience in the palm of their hands, before ‘Lucky People’ Awsten says he wants to see people up on shoulders and willingly all around the room people are raised up as he counts saying he wont play until he gets a record number and as he counts and gets to 100 he is satisfied enough to give us the song!

“Yo I feel like Taylor Swift right now this shit’s awesome” he expresses as a sea of phone lights wave from side to side as the song plays.

Combine the bands dynamic performance with their impressive stage set up comprising of various lit up screens and light displays and you have a truly dazzling show, deserving of it’s exceedingly positive response. Everyone around the room is smiling and dancing and it’s everything a great gig should be. Can’t wait for these guys to come back to the UK, I’ll be there for sure! 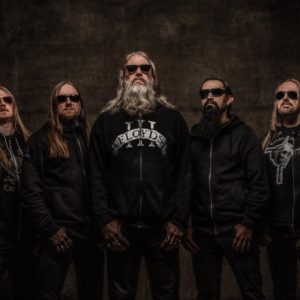