Live Review: You Me At Six + The Hunna + Holding Absence + Kid Kapichi +Yours Truly AT Hatfield Park

You Me At Six + The Hunna + Holding Absence + Kid Kapichi +Yours Truly AT Hatfield Park. 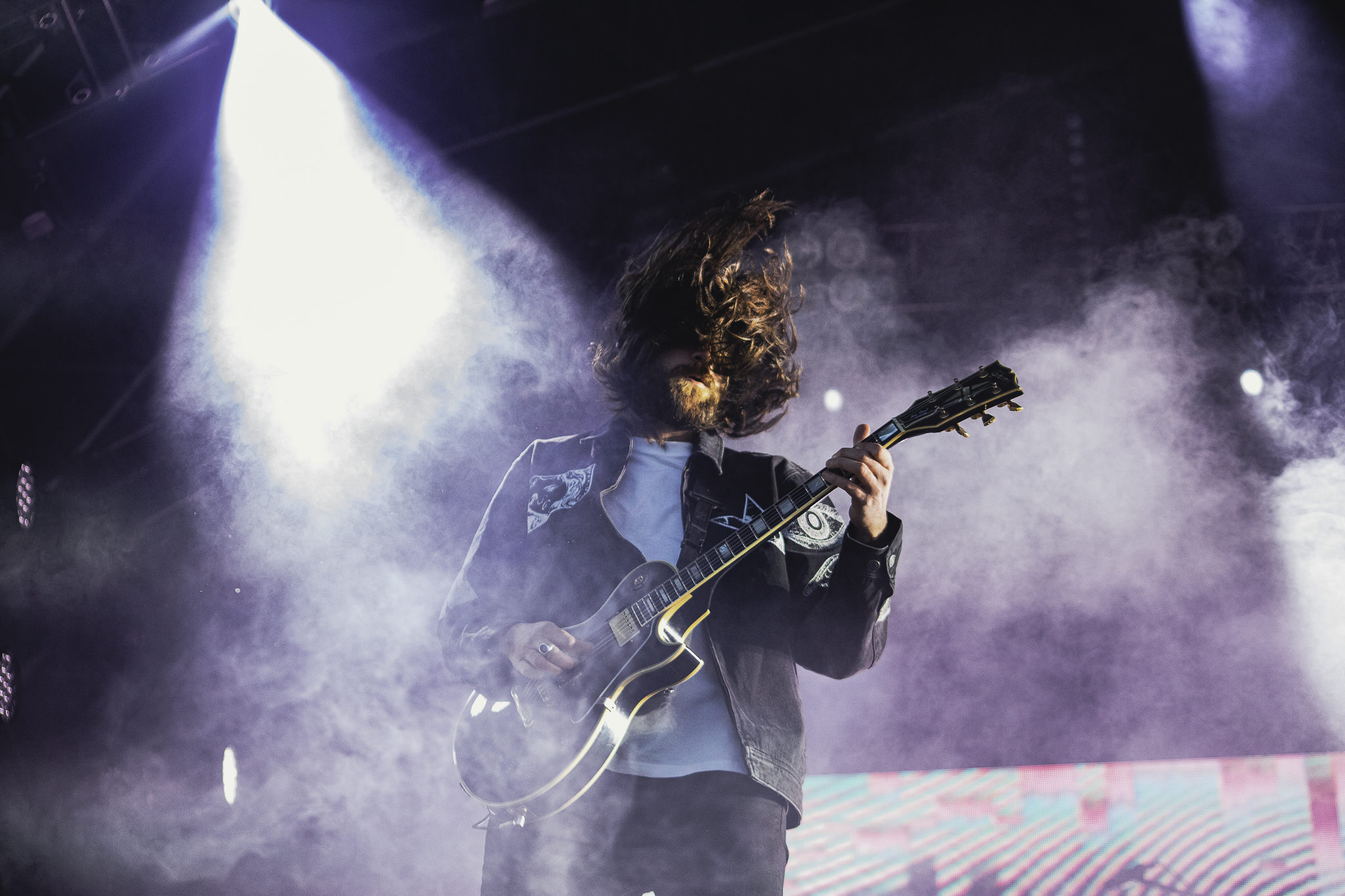 The atmosphere today at Hatfield is that of hazy festival days , and essentially that is what we have here with a great line up of bands all here for what promises to be a real blast of an anniversary celebration. Ten years since You Me At Six released breakthrough album ‘Sinners Never Sleep’  a micro festival seems only right to honour it!

It really is such a beautiful day, the site is already prepped for Slam Dunk happening here in just a few days and there are food stalls and bars dotted around, groups of friends sat on the grass chatting and drinking soaking it all in and happy that this is a part of life again. 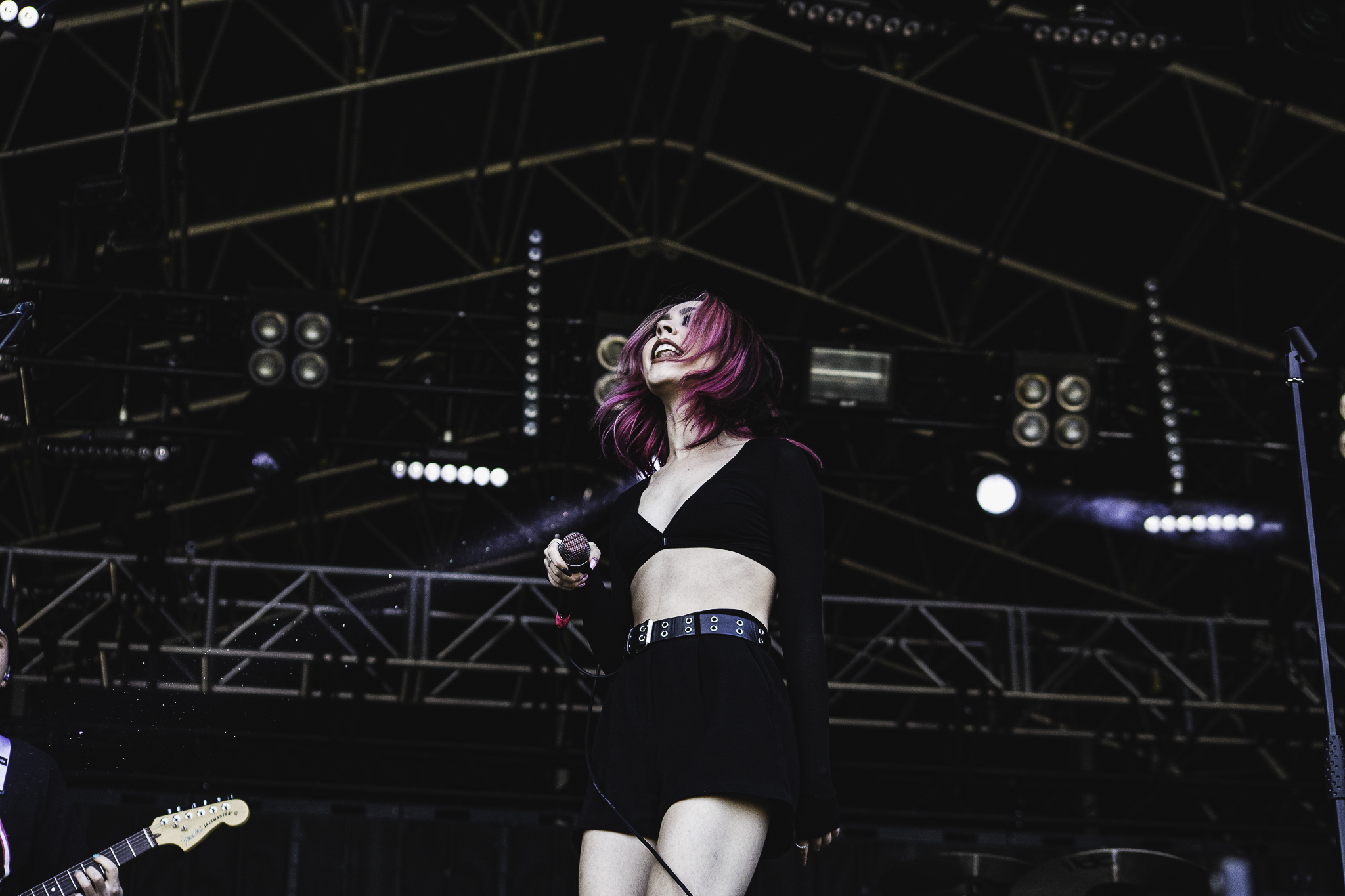 Getting the party started today are a band from Australia – Yours Truly who have stepped in last minute due to Yonaka having to drop out because of sickness.

A crowd of happy chilled music fans isn’t a bad crowd to open to at all and they are welcomed with a healthy amount of cheers all around.  Despite it being early in the day their audience is responsive with a few in the front row singing along which has singer Mikaila Delgado smiling. The band have a good chemistry and are plenty active on stage it’s a successful start to the day. 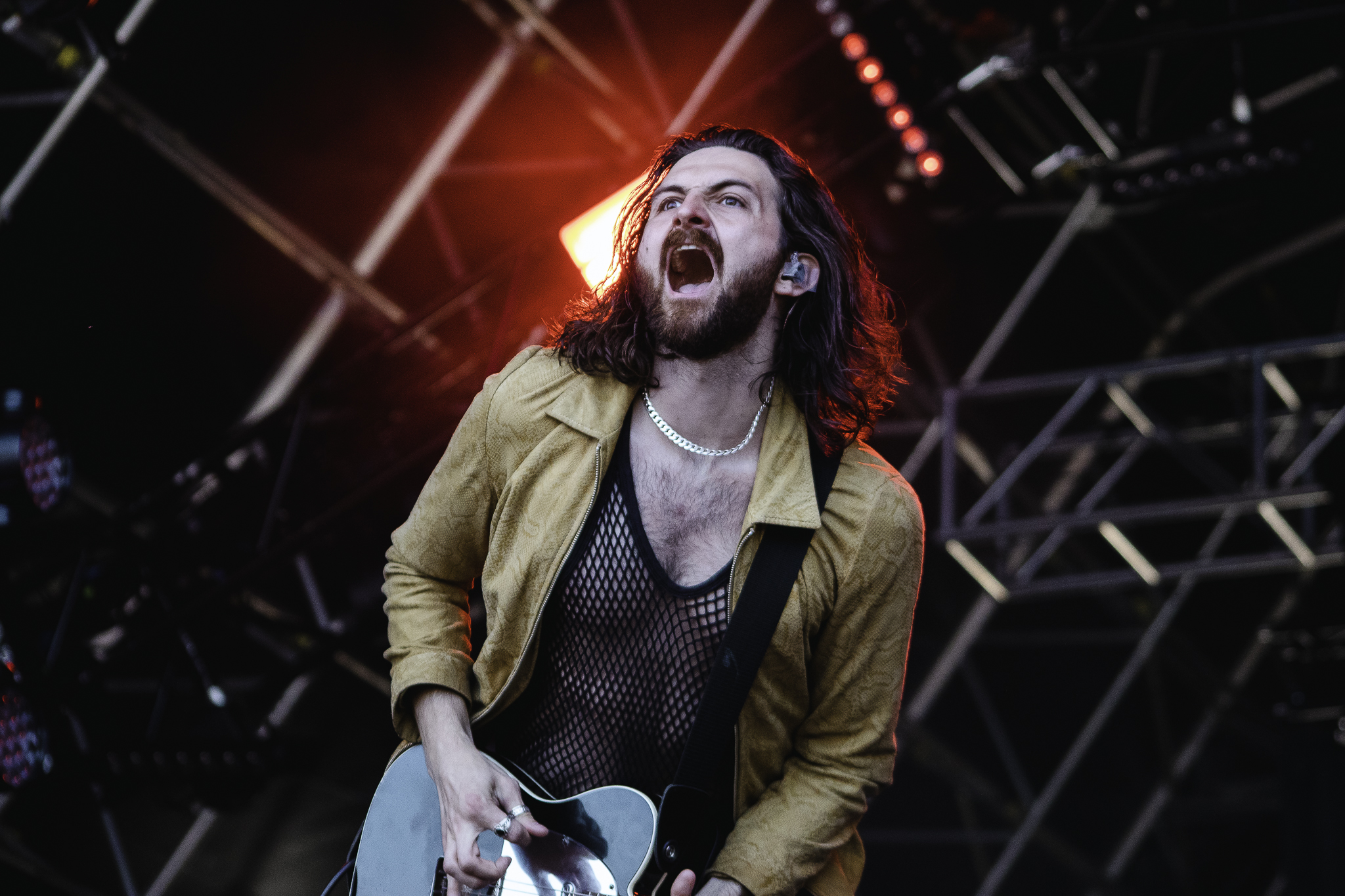 Coming a little closer to home for the next band, we have Kid Kapichi who are from Hastings and they bring a thought provoking and exciting set. More of a Punk vibe here and shift in energy , the crowd are a little more animated as the excitement of the day builds and Jack Wilson and gang sure know how to put on a show! Lyrically on point for today’s current predicaments the true essence of Punk shines through and as Hatfield continues to fill up and more people join the fray there is a definite sense of comradery between band and crowd. 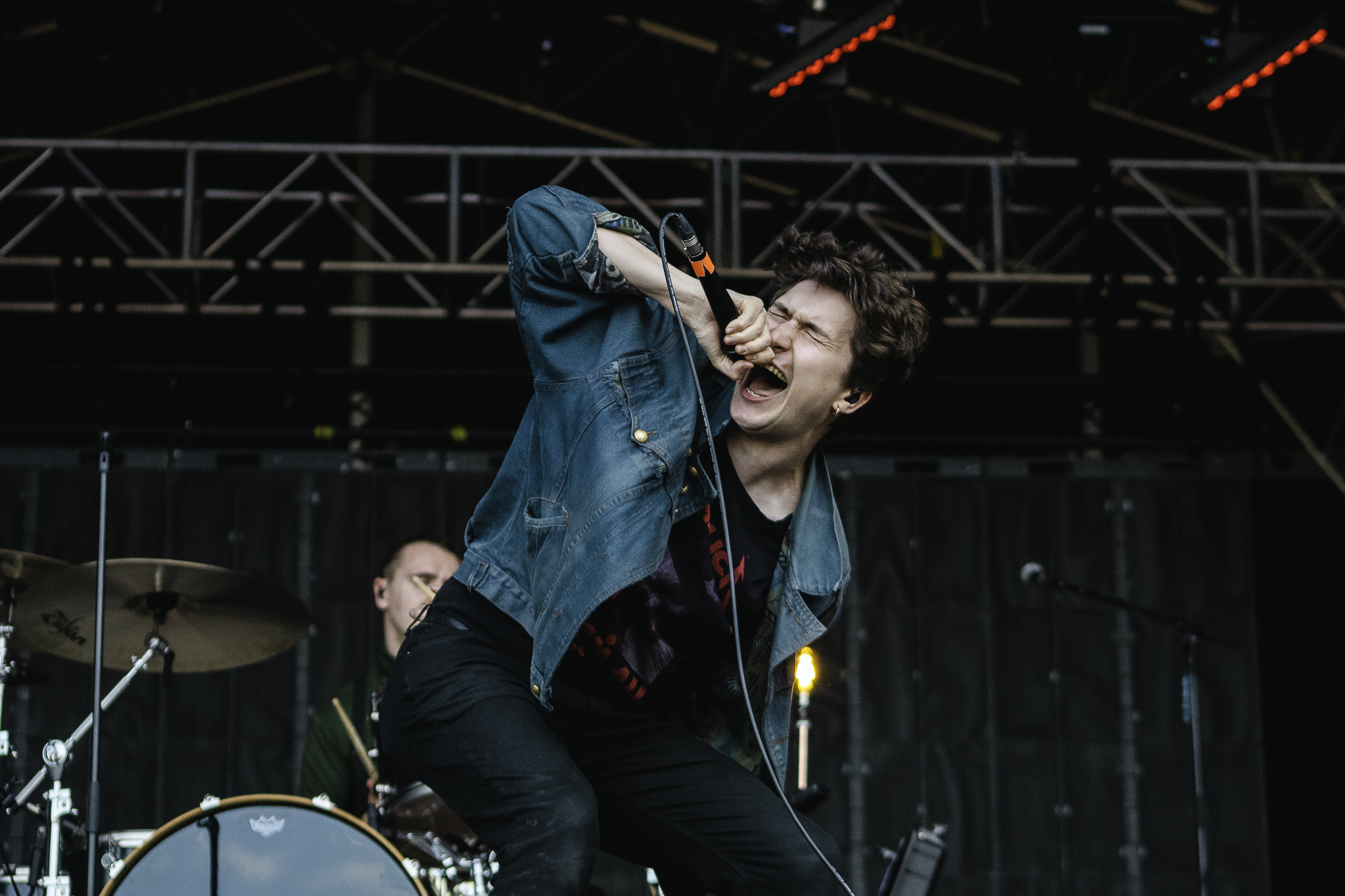 Next up a simply perfect act for any festival line up – and certainly we have ourselves a festival today, are a band that are taking the UK live scene by storm at the moment Holding Absence! Front man Lucas Woodland expresses his gratitude for the crowd’s support. They play a brilliant set to a sing along crowd and for the first time today we can hear voices singing across the field. They are a wonderfully tight band, Lucas frequently leaping around the stage his vocal never faultering somehow, backed by guitarist Scott Carey and combined with powerful drumming from Ash Green (who throws out drumsticks to the crowd like candy much to everyone’s delight) and of course the bass skills from Benjemin Elliot it’s exciting to witness. It’s clear to see why they hold such appeal , they have everything for them and are deserving of the attention they are getting at the moment. 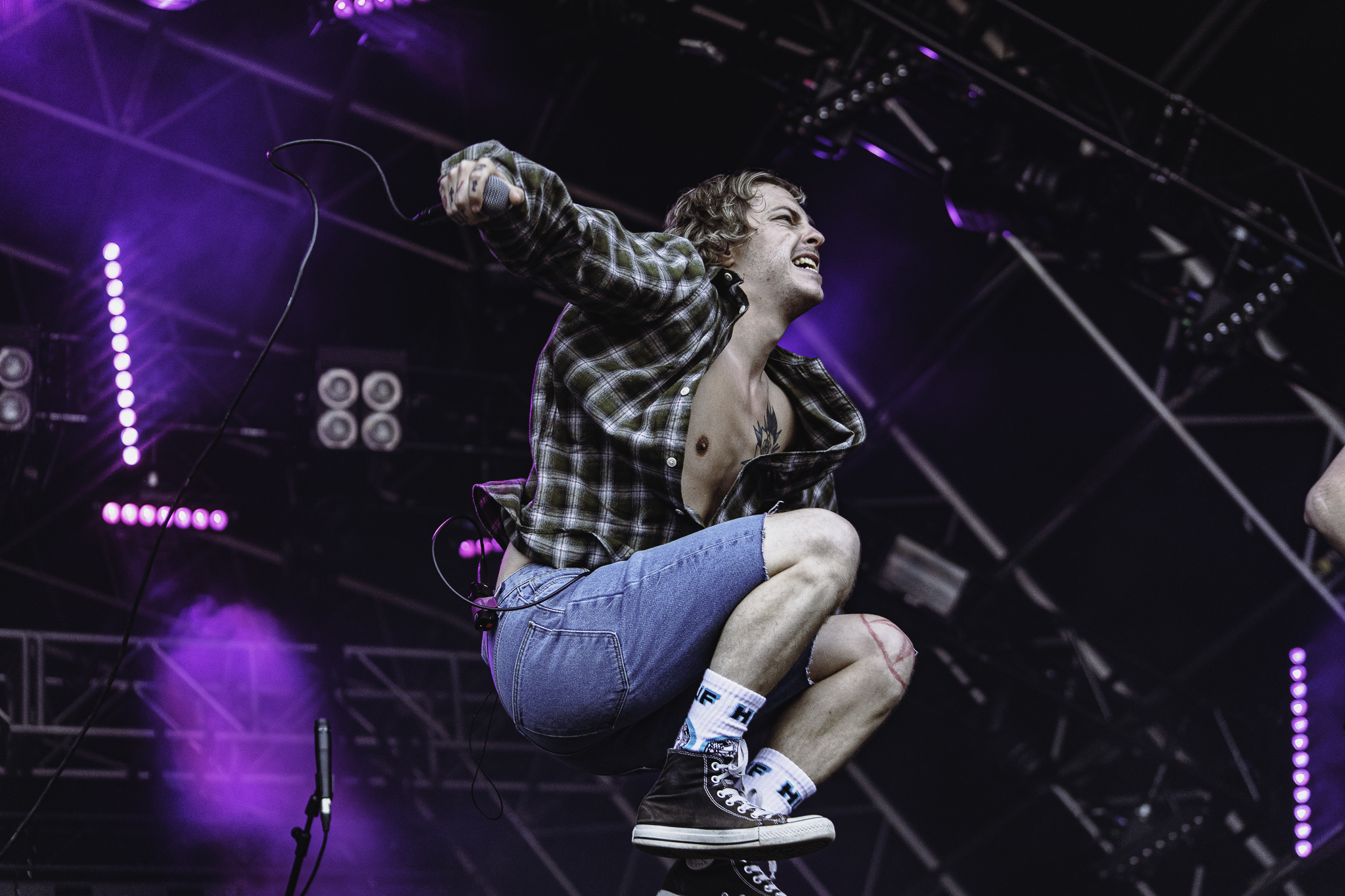 As the day draws on the mood here in Hatfield remains a perfect combination of chilled summer and excited anticipation. Here to nudge that dial up a little further are the awesome Hunna. Wherever these guys go they are loved and today is no exception. Straight away they are high energy and everyone is jumping and hands are all raised for them it’s not a summer show without a bit of The Hunna and they are just a brilliant addition for today. The set list is pure fire personal favourite Dare gets a great response and not only do we get a backlog of hit after hit we are also treated to brand new tracks from upcoming fourth Album which everyone is now super hyped for no doubt! Hunna fans are out in force today and as is often the case for support acts they have definitely picked up some new fans to join their substantial following. Can’t wait for what’s next from these guys they never disappoint. 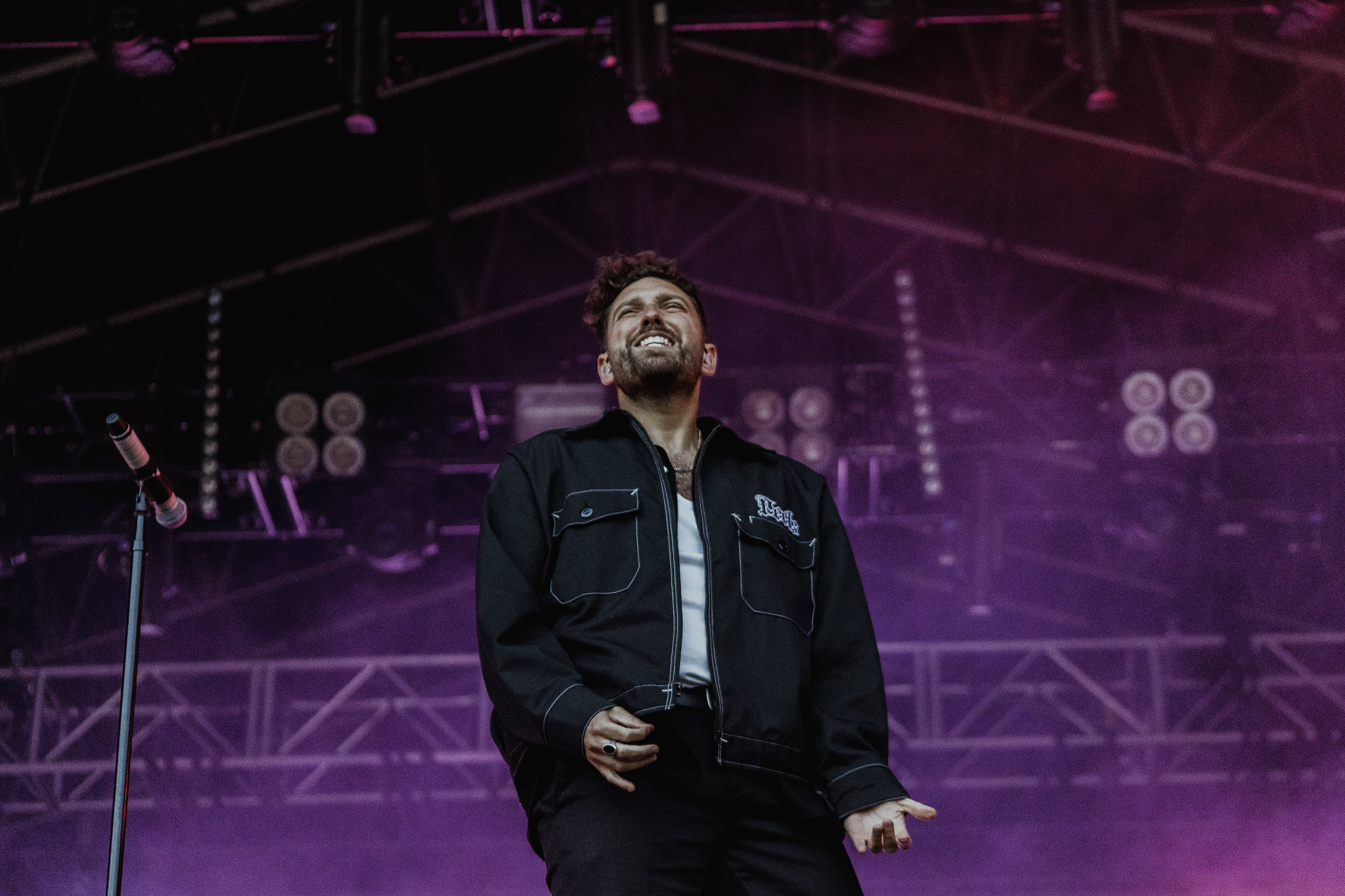 As the sun dips lower in the sky everyone has already had a wonderful day and we haven’t even seen the main event yet! Its clear that even though the crowd have been singing along all day today and dancing and generally loving every minute that they have been reserving their energies to unleash when You Me At Six take to the stage and unleash they do! It’s absolute euphoria looking around the heaving crowd of die hard fans that have journeyed together for the last ten years since ‘Sinners Never Sleep’ was released. All a little more battle worn now the mood is reflective of who we all were all those years ago , the struggles this music helped us through the times in which it gave us strength and now who are standing together to celebrate what the music means to us. It’s a prime example of music bringing people together and its great to be a part of. 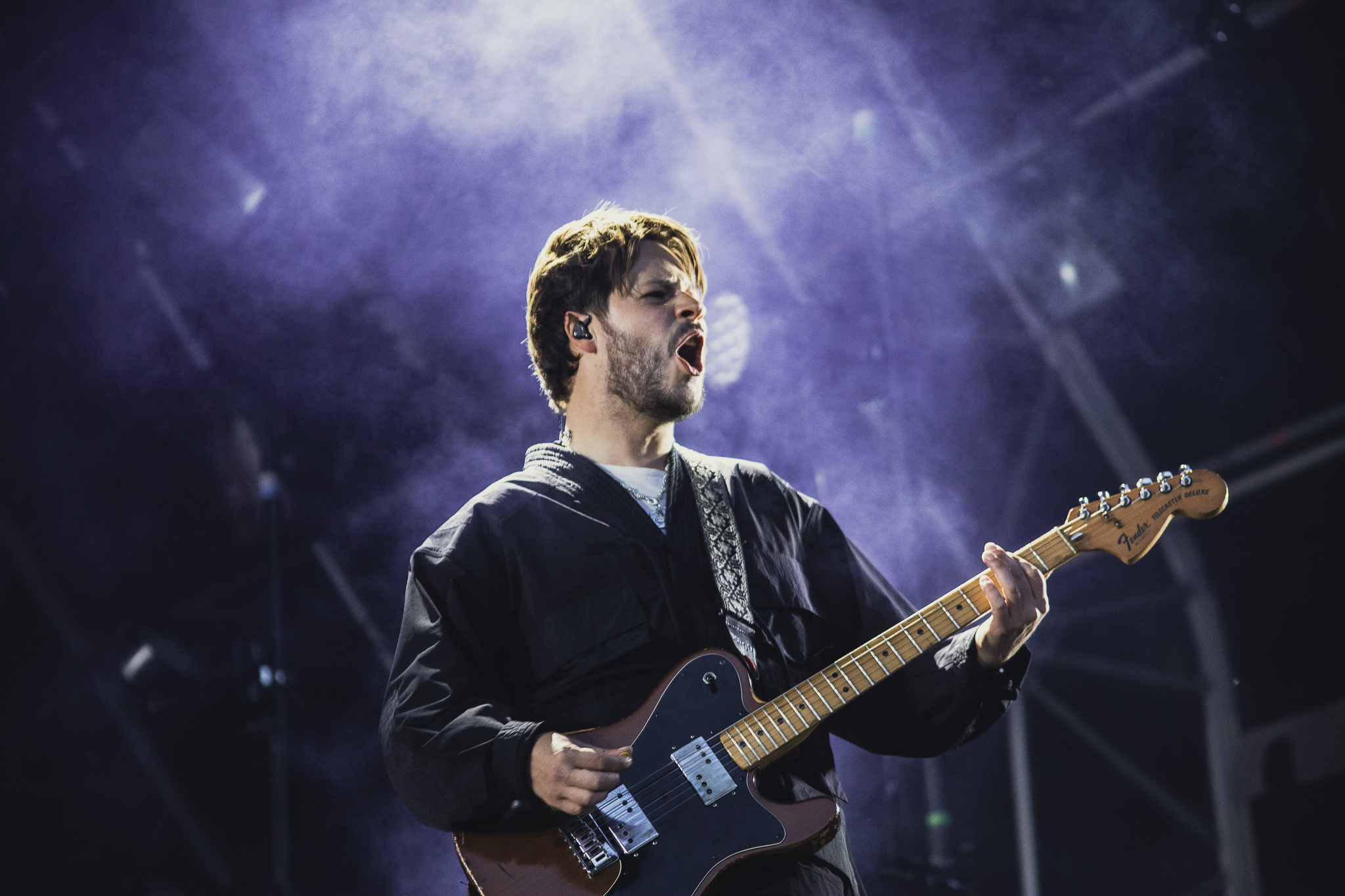 The band move together a single force and bring us all the hits we’ve been waiting for all day there are tears there is screaming, laughing ,hugging ,dancing all from band and fans. Music says so many things that just words cant and its felt all around today. The album has new life breathed into it , the songs somehow seem more relevant and more raw no doubt due to the fact that throughout the years  Josh Franceschi and his band have grown and improved and gone through more together. This was an absolute triumph of a show the whole day was brilliantly executed everyone left the field in a happy nostalgic haze. 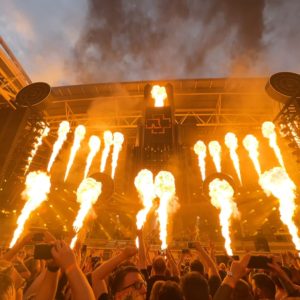 Rammstein - Cardiff Principality Stadium - June 30th 2022 Armed with only an iPhone and an unerring talent for being in the wrong...
Copyright 2017 Devolution Magazine. All Right Reserved.
Back to top