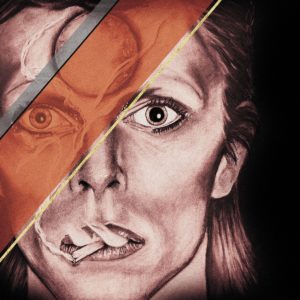 I’m of the opinion that you shouldn’t tinker with perfection, so when I heard that a bunch of hand-picked artists were covering David Bowie’s iconic Ziggy Stardust album to celebrate its Golden Anniversary, I was naturally sceptical. However, once I pushed my preconceived ideas aside and spun this album, I found new life breathed into these songs, and then acting in strange, new ways. Each track has been carefully matched with artist; for example, heavy stoner/doom act Son Of Boar bring a funereal feel to ‘Soul Love’ which, considering its lyrical bent, makes perfect sense. It’s now heavy as hell and weighs upon the listener like a tombstone (as good doom should). Likewise, Mother Vulture take ‘Starman’ and ham it up to the max, and should bring to mind Bowie’s infamous Top of the Pops appearance with Mick Ronson. Sludge metallers Raging Speedhorn deliver a spiky, amphetamine fuelled version of ‘Suffragette City’ that teases out the Clockwork Orange paranoia hidden in the original while Kong Social capture Ziggy’s final collapse in a dramatic rendition of ‘Rock ‘n’ Roll Suicide’. To be released exactly five decades after the original, Ziggy Stardust: 50 Years Later is a fitting tribute. 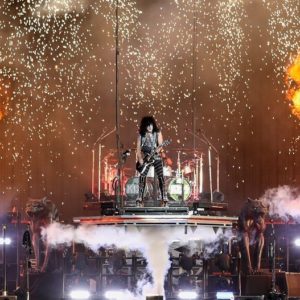 Download Festival 2022 It’s been three years since the last full size Download and the mood is positive. Last year’s...
Copyright 2017 Devolution Magazine. All Right Reserved.
Back to top