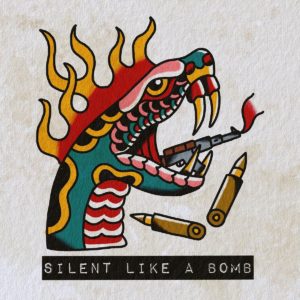 Mike McKinnon has a real need to go and get himself cloned.  The reason is Silent Like A Bomb.  It’s all him and these songs need to be heard in a live environment (there are plans for a band which is awesome, but not cloning sadly). This rapid tempo hard core garage punk collection is just a relentless barrage of big grin tunes that hit harder than Tyson Fury. It’s almost impossible to not end up jumping around listening to this record, so much so it should carry a warning to put your crockery in a safe place before playing. There’s some clever stuff going on here too. The guitar work is frantic but just top class. The writing and arrangements have quality stamped all over them too.  It’s the sort of work you just know has come from an artist that has grafted hard at their trade. It’s a record of maturity, but bloody good fun too. The vocals sit nicely in place and are quite clean with real bite. This means the whole album is balanced well and is a very easy listen. You’ll be hitting repeat in no time. Silent Like A Bomb makes more of the right noise than most albums do. Buy it now, just lock the china away before you play it. 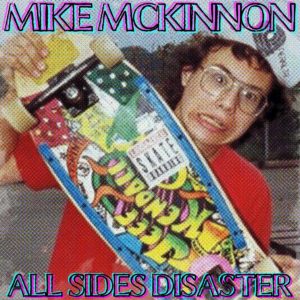 Mike McKinnon All Sides Disaster – Self...
Copyright 2017 Devolution Magazine. All Right Reserved.
Back to top