Legendary British progressive rock outfit Mostly Autumn have announced the release of their brand-new album “Graveyard Star” on September 24th via their own Mostly Autumn Records. 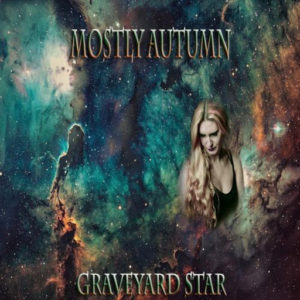 During 2020/2021 Mostly Autumn has suffered, along with other musicians and artists all over the world and can’t wait to get back on the road and perform.

Conceived throughout 2020, British progressive rockers Mostly Autumn’s latest album, Graveyard Star, was born – a deep and heartfelt documentation of living through the past 18 months and, possibly the best album the band has produced.  The icing on the cake comes from Troy Donockley of Nightwish and Chris Leslie of Fairport Convention who guest beautifully on it.

Mainman Bryan Josh had this to say:

“This album is a deep, heartfelt reflection of how we were feeling through 2020/2021, a documentation of living through the pandemic.  Although a lot of the sadness and otherworldliness was personal to us, I’m sure many will relate to the content. We truly believe that the song-to-song strength of this work could be our finest to date.”

Nominated for best UK band, and best album (White Rainbow) in the Progressive Music Awards 2019 and winners of Best Track 2017 (Sight of Day) and best female vocalist 2017 (Olivia Sparnenn-Josh) in the CRS awards 2017, Mostly Autumn have built their fan base through the old-fashioned, but highly effective, way of playing live at every opportunity. Counted amongst the top 100 best prog bands of all time, their musical palette is diverse. and while they draw on influences from the golden age of seventies’ rock, they have developed their own unique sound and style that both captures some of the essence of that heady era and yet looks forward into the future.

Delighted to be invited to support Ritchie Blackmore’s Rainbow in 2016 and 2017, they have earned themselves a name for their outstanding live shows and have been described as ‘the best band you have never heard’. They have built a loyal and cult following since their first album twenty years ago and in that time such luminaries as Steve Hackett, the late Richard Wright, the late Jon Lord and the BBC’s own Bob Harris are amongst their many fans. Mostly Autumn has also toured as an invited support act to Blackmore’s Night, Uriah Heep and Jethro Tull, as well as being special guests at Bryan Adam’s Murrayfield Stadium gig a few years ago. That alone should give some indication as to the caliber of the band. 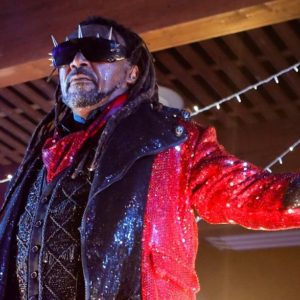