Interview: Death Trails “Self-producing really gives us time to think about how we want to sound.”

Death Trails epitomise all that is good about emerging acts.  Their sound is fresh and hard hitting but doesn’t adhere to those old genre constraints. They play for fun and look like they genuinely love being on stage. Importantly they write and perform at a level that would shame some old pros, something we’re increasingly seeing hungry new bands do these days. Gary Trueman chatted to the guys just before they opened on the Empress Ballroom at the HITS 25 festival.  Up for discussion was band origins, day jobs and why vinyl is making such a strong comeback. 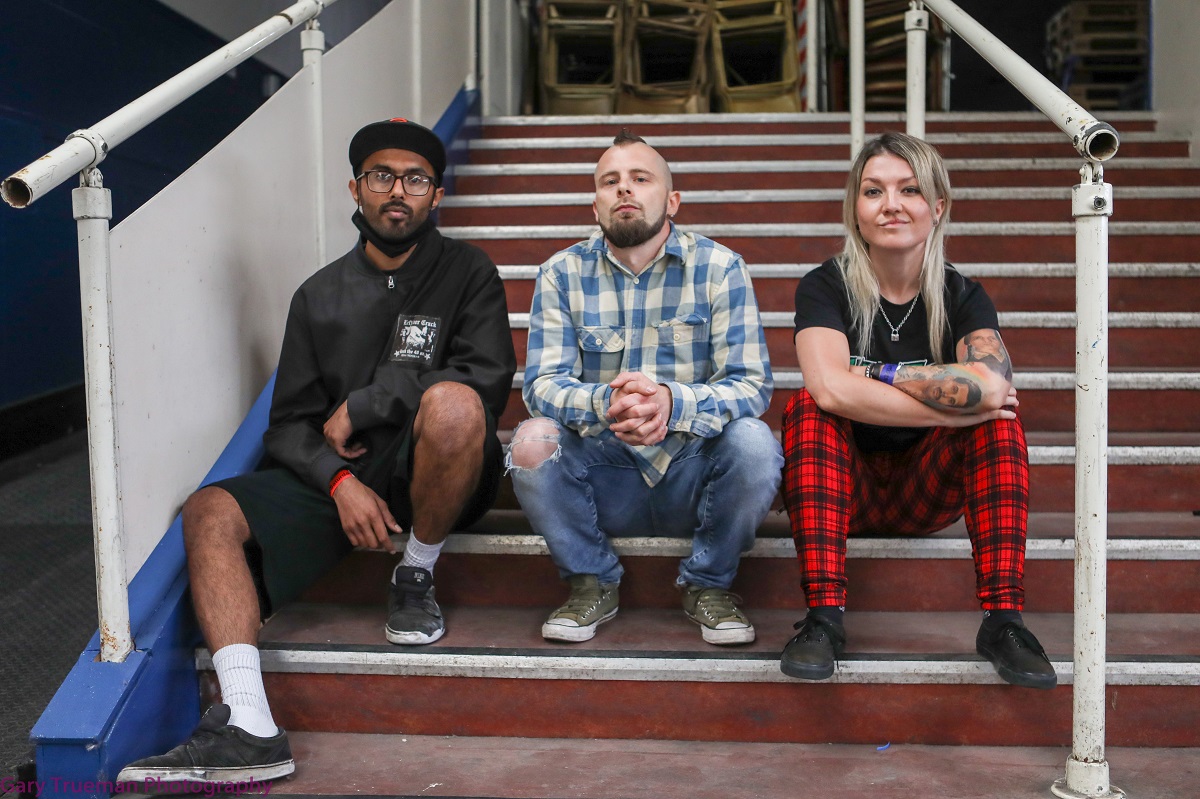 Would you like to introduce Death Trails to our readers?

“We’re Catlow on vocals and guitar, Luke on bass and vocals and Muss on drums.”

How long have you been together and how did you meet?

“Catlow and Luke have known each other for years and we kind of got together band wise around the start of 2019. We started and then just stopped. It feels like two weeks. We had a few gigs when we first started and then obviously everything we had booked got cancelled. Our first gig since then was last night and our second is tonight (at HITS 25). So it was nice to have a little warm up before.”

So where did you play last night, you’re first gig back?

“We were at Bootleg Social in Blackpool. It was a nice night and one of our favourite venues. We did our first ever gig there too.”

So you’ve gone from Bootleg to the Empress Ballroom.  How does that feel?

“Amazing, we’ve been waiting years to play here. We’re pretty nervous. We had a few difficulties in sound check but we’re ready to smash it. (which they did).”

You’ve got music written but what have you released so far?

“We’ve got three tracks on Spotify, and one more coming out called Live Und Let Live within the next few weeks.  We’re just doing singles for now. Everything we’ve got out is self-produced. Lee produces everything so it’s all DIY and we can spend our time getting how we want it to sound.”

We’re seeing a lot of acts, emerging ones and also some of the bigger guys too doing this, keeping everything in house. Is that to enable you to have absolute control over the end product? Are there any drawbacks in terms of access to expensive studio equipment?

“You don’t need posh equipment any more. One drawback is you can keep messing with it because there’s no stop point. When you go to a studio and you’re on a limited budget and you might find your drummer isn’t quite nailing it, it takes three days. You find you have to squash everything else into the last three days. There’s no time for post-production ideas. You get your mix on a cd and that’s you done and they always come out a bit shitty. Self-producing really gives us time to think about how we want to sound and what we want the mix to do for the song. And we get to have Luke make Catlow sing the same line 200m times haha!”

So keeping it in house gives you that time to get things perfect.

“It’s not so much to make it perfect but to capture the vibe of the song. Sometimes we just start tracking again because the tempo is just wrong or something is just not making the song sound how it deserves to sound.” 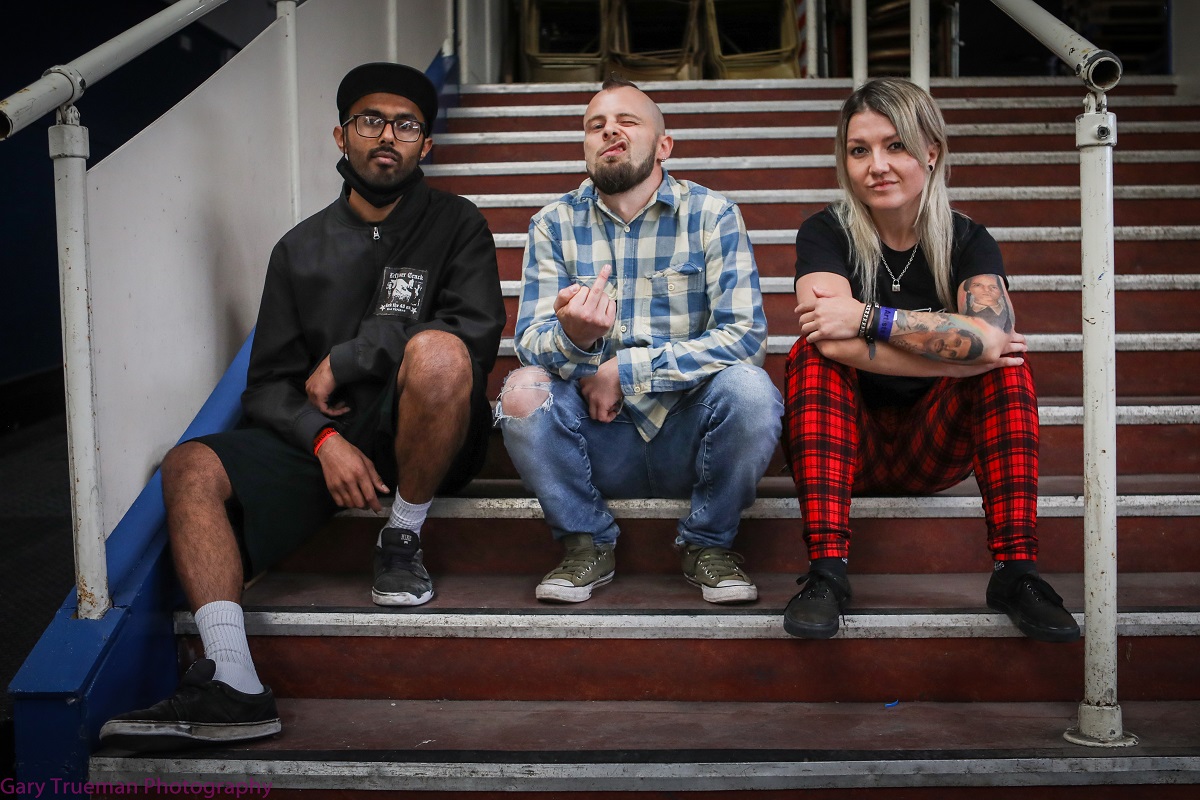 Have you got any plans to put out an EP in the future, anything in physical formats at all?

“We’re enjoying putting out one track every month or so at the moment. It keeps it exciting and just focusses on that one song. It would be cool once we’ve got a few together to make an EP and put it out on vinyl. Definitely vinyl, we’re pretty anti cd.”

Why do you think people have gone back to vinyl?

It’s so cool to look at and hold, to take it out of the sleeve and put it on. To gently put the needle down and turn it over. And the cover art too.”

One of the big criticisms of cds when they came out was that the art work was too small. Now with vinyl coming back you’re getting that art space again. Do you think that’s allowing people to get creative with covers again?

“Definitely. Going digital has brought that back. People aren’t bothered about cds any more and it’s nice to have something like vinyl that you can hold and where you can put that detail into the artwork that you can’t do on a cd.”

What are you looking at for the near and more distant future? Have you got any more gigs planned for this year?

“World domination from as soon as we’ve finished this gig, straight out the door and break through.  On a serious note we’re just enjoying playing music. We’re not young kids with no jobs. We’ve got stuff to do before the band. The band is a bonus but if anything does happen then that’s the icing on the cake. It’s all good fun at the moment.”

Do you think there’s a kind of level where you can play and work a day job and make steps up the ladder. Then there’s a point where to progress you have to make a decision to make being a musician the primary role, meaning you need to earn a living from it, or at least part of a living?

“We’ve got mates signed to Sony and they’ve all still got jobs. Unless you’re top 20 there’s no such thing as getting rich from your band any more. I guess you can do well if you’re touring all the time and selling tons of merch, but even then you’re probably still going to have to have a day job. Even bands that have been massive. Luke played in a band supporting Tony Wright from Terrorvision who did really well and he puts up dry walling now and does the band when he can.”

Do you think it would surprise people to know that it’s just that top one percent that don’t need to supplement their music income?

“You need to be Ed Sheeran or someone like that to take your family around the world with you on tour.  You need to be at that level. I don’t think we’ll make it like that but we just want to have fun.”

How important is it that events such as Rebellion showcase emerging artists and for fans to see them and find new acts they like?  There are a lot of older musicians that won’t be around much longer, so there must be a void that needs filling.

“One of our favourite things about Rebellion is that you can step into a room and find your new favourite band that you’ve never heard of before. You get to see so many bands all day every day. Spotify playlists as well. You can listen then go and check the band out.”

If each of you could choose one act to share a stage with who would you choose?

Catlow: “For me it would be NOFX, they’re my ultimate punk band.”

Luke: “At The Drive In. They’re just pure energy.” 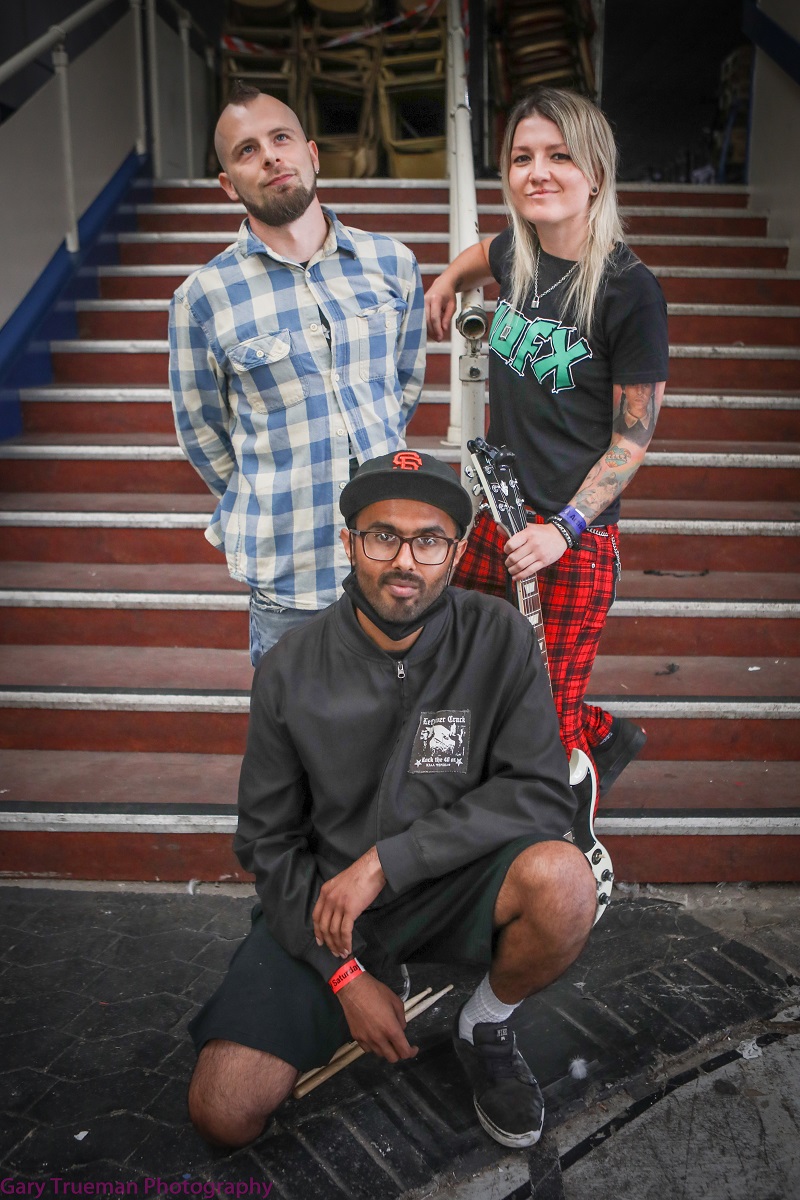 Live Review: HITS 25 - Celebrating 25 Years Of Holidays In The Sun 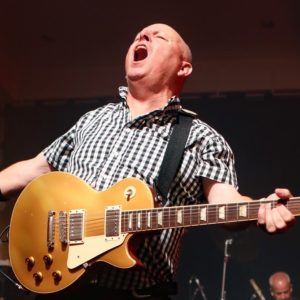 Live Review: HITS 25 - Celebrating 25 Years Of Holidays In The Sun

With Rebellion festival postponed for a second year due to the pandemic and lockdown easing enough for many of the punk community...
Copyright 2017 Devolution Magazine. All Right Reserved.
Back to top