Remember, remember, the Fifth Of November? Last autumn, British metal legends PARADISE LOST exorcised the demons and ghosts of a dreary dry spell without concerts and thrilled the world with their stunning livestream “At The Mill”. Today, the band is proud to announce the captured testimony of this special night to be released as a live album on July 16th (Nuclear Blast).

Captured at The Mill, Bradford, near the band’s hometown in Yorkshire, England, the recording of the BluRay was directed by Ash Pears, who previously worked with the band on their music videos for ‘Medusa’ and ‘Obsidian’. Mixed by Les Smith and mastered by Jaime Gomez Arellano, the audio version of the show will be available in various formats including CD, Blu-Ray and different vinyl colours.

To bring back bittersweet memories from better days when concerts were still a thing, the band have released a haunting yet beautiful live version from “Darker Thoughts” that you can watch here: https://youtu.be/A7KNP78xiMY

“Due to the ban on live music, we, like many other bands, have had to adapt and do something we never thought we’d have to do”, reflects guitarist and songwriter Greg Mackintosh on the release. “No, not stacking shelves in Aldi like Metallica, but playing a show at a disused mill in Yorkshire with no one else there. We decided against trying to pretend there was an audience in the room with us, opting instead for a rather moribund version of a live lounge show. Whilst never being pleased with anything, we were however slightly less miserable at the result. It was also almost fun playing some of our new album Obsidian within the set for the first time too. We can now announce that we will be releasing this show as an official CD/Blu-Ray and vinyl imaginatively entitled At the Mill.” 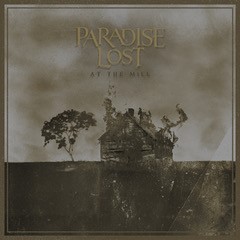 PARADISE LOST will tour next February together with MOONSPELL in the United Kingdom.

You can catch the package here:

You can buy tickets here: http://www.paradiselost.co.uk/tour/ 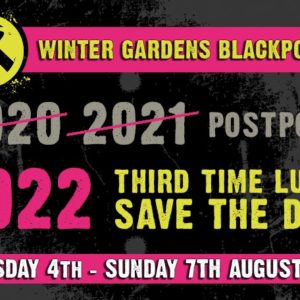 Rebellion Festival 2021 Cancelled No Insurance, No Guidelines, No Guarantees, No Re-Entry = No Festival! Festival...
Copyright 2017 Devolution Magazine. All Right Reserved.
Back to top