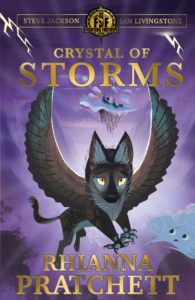 It shouldn’t really be a surprise that the first book by Rhianna Pratchett is a Fighting Fantasy book. She has after all made her name in the “choose your own adventure” medium of video games so has a good background in storytelling. Tomb Raider, Overlord, and Mirror’s Edge owe part of their success to her writing. She also grew up surrounded by the magical worlds created by her father, as well as growing up at a time when role playing games and the original Fighting Fantasy books were in their heyday. It doesn’t take much to imagine the influence those original books would have had on a young 10 to 15 year old Rhianna, they were a staple for any child growing up in the 1980s.

It must be noted that Crystal of Storms is not an adult book. It’s aimed squarely at a new generation of preteen to young teens. But that doesn’t mean there isn’t something to be nostalgic over. For those of us that played the originals there’s a familiarity to the book, and while the artwork has had a bit of a revamp with modern style pen and ink washes over the traditional line art of the originals it still falls into the familiar pattern of full page illustrations and smaller drawings breaking up the text of the book. The gameplay remains the same with the reader rolling dice during battles and being asked to turn to numbered paragraphs as the story unfolds.

Rhianna’s writing though is what makes the book so special. It’s full of humour that was often missing from the original books, that took their fantasy and science fiction settings seriously. Here the monsters lend a nod to the wordplay that was a hallmark of her father’s writing, as well as plenty of nods to the grandfather of role-playing games, Dungeons and Dragons. There’s the Grapes Of Wrath, and the Dragon Fruit Tree, creatures of puns monstrous in nature. We also see a world where technology and magic are fused into one with technological creations fused with magic crystals. There’s a sense that this is a world that has been held in limbo in Rhianna’s mind for a long time, until the right moment to be put to paper. Whether it’s a world that Rhianna will return to in a more traditional way remains to be seen. There’s certainly enough that a return to Pangaria could be warranted.

On the whole it’s a fun read, even for someone now much older than the target audience. For the younger readers there may be a few scenes that could be said to verge on the horrific, including a moral judgement call straight out of Alien, but nothing that should stop it being recommended to its target audience of young teens. As with most of the Fighting Fantasy books it’s a standalone adventure and one that can be recommended as a starting point for getting into this style of gaming. 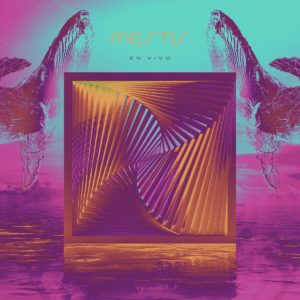