Special Feature: Slick Sticks – A celebration of the next generation of drummers

Who’d want to be a drummer? The load in and out is a curse, and you end up out of range of the cameras and hidden by smoke on stage. The rest of the band get to leap about while you sit there keeping the whole thing in time. So let’s hear it for the tub thumpers out there beavering away behind their kits. Devolution thought it would be a good idea to highlight a few from the next generation. Here are six of the most talented and kick ass drummers around today representing the very best of their craft. 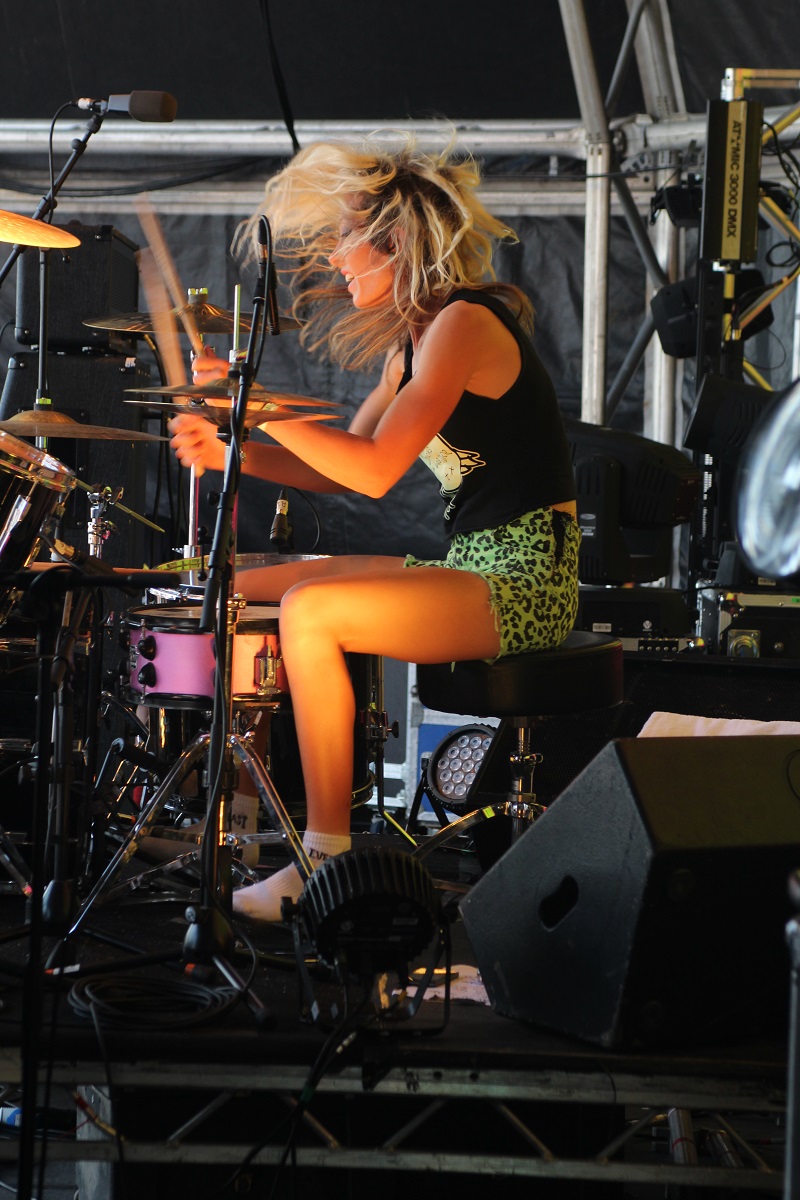 Keeping the beat in a frenzied punk band with three of her sisters for company Abby Elliott makes it all look so easy. She gives her band’s music not just a foundation but real drive. Punk has come a long way too with new young acts taking the music to new heights. Watching Maid Of Ace you can see how the musicianship has progressed and right there acting as the linchpin is their drummer. 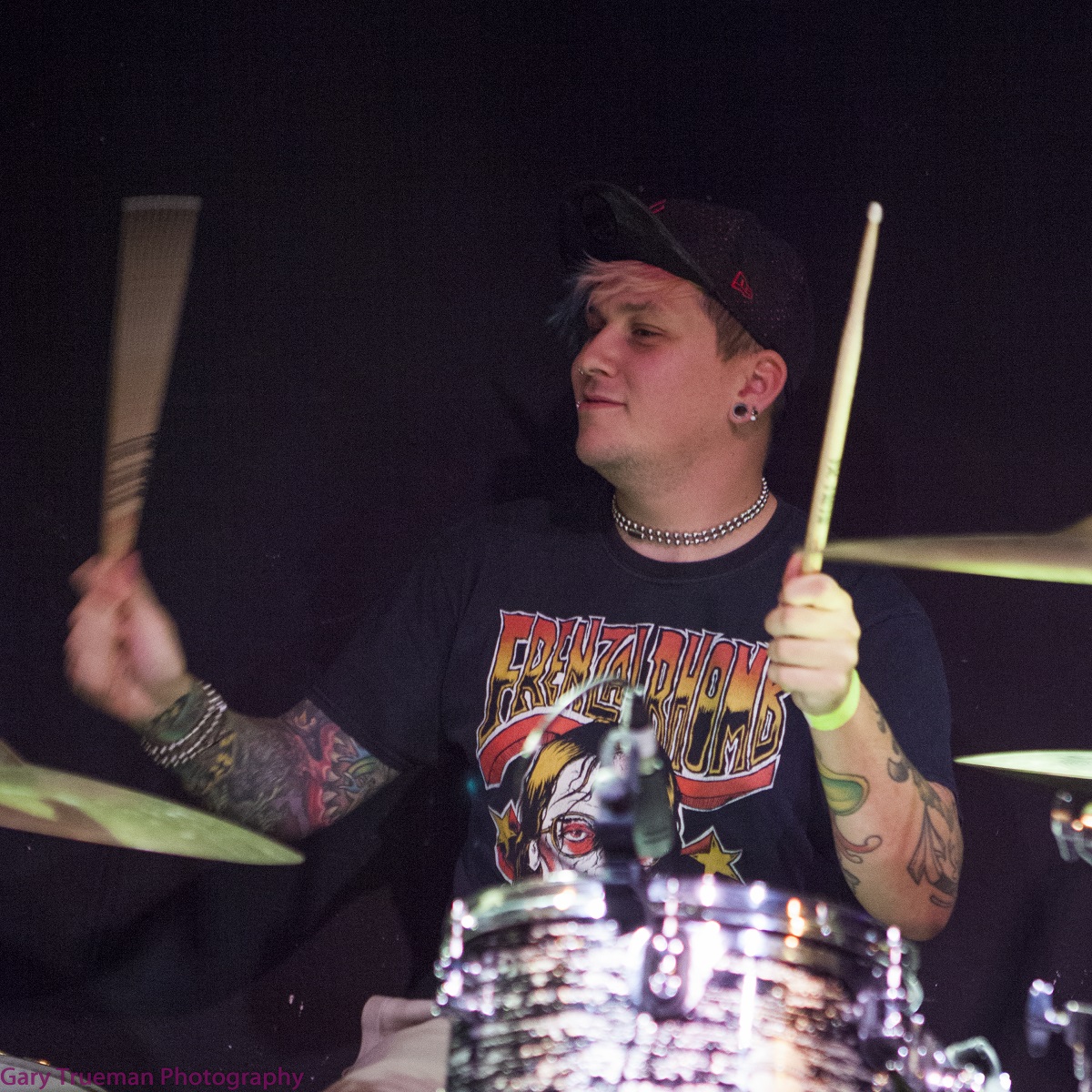 Amazingly Sam started off in Hands Off Gretel as their bass player.  He’s also a very accomplished guitarist.  But it’s as drummer for the Barnsley mob that he’s now best known. The multi-instrumentalist has to be on his toes in HOG too with their diverse range of music. As reliable as a Swiss watch Sam’s the kind of man anyone would want in their band. 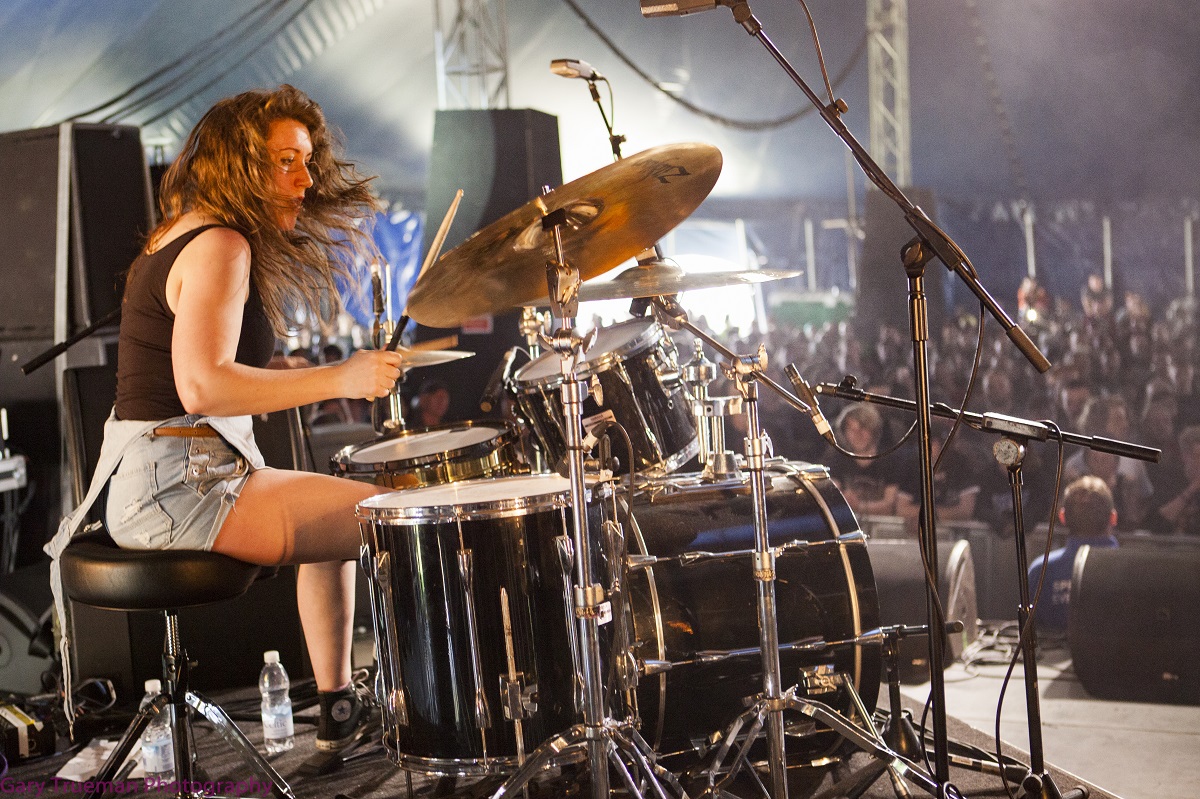 Pulling no punches as drummer with modern metal outfit The Hyena Kill Lorna Blundell produces some seriously jaw dropping moments at every live show. Like a human octopus she was at one point covering all rhythm duties in the band when it was just a two piece. Now though the personnel have been upped to four which gives Blundell real freedom to express herself. 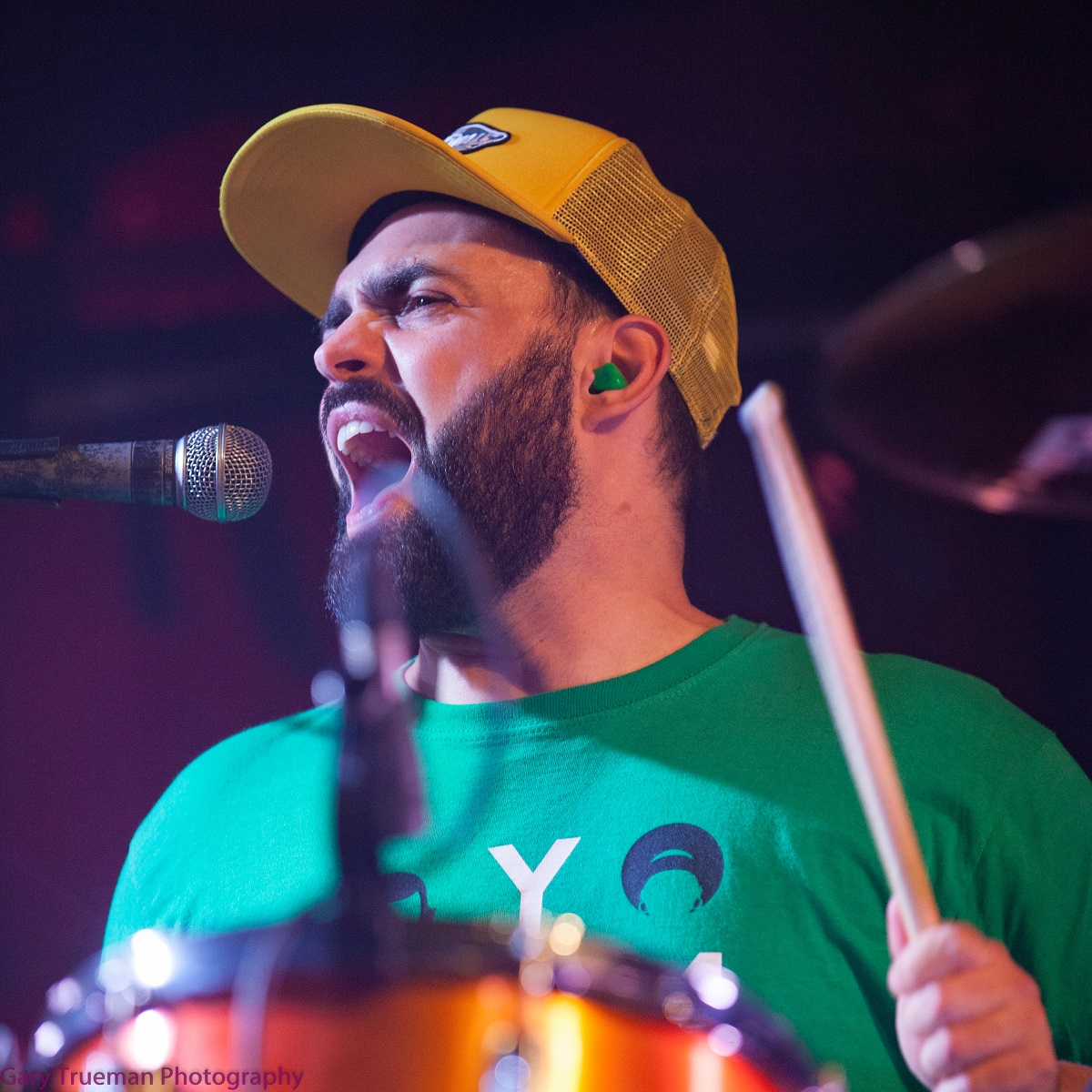 As one half of Yur Mum Fabio Couto seems to have something of a telepathic connection with wife and bandmate Anelise. The duo are a true partnership which means Fabio is never hidden behind his kit. He mixes solid time keeping with flourishes that have become a feature of the Yur Mum sound. His relaxed style gives the music a groove all of its own. 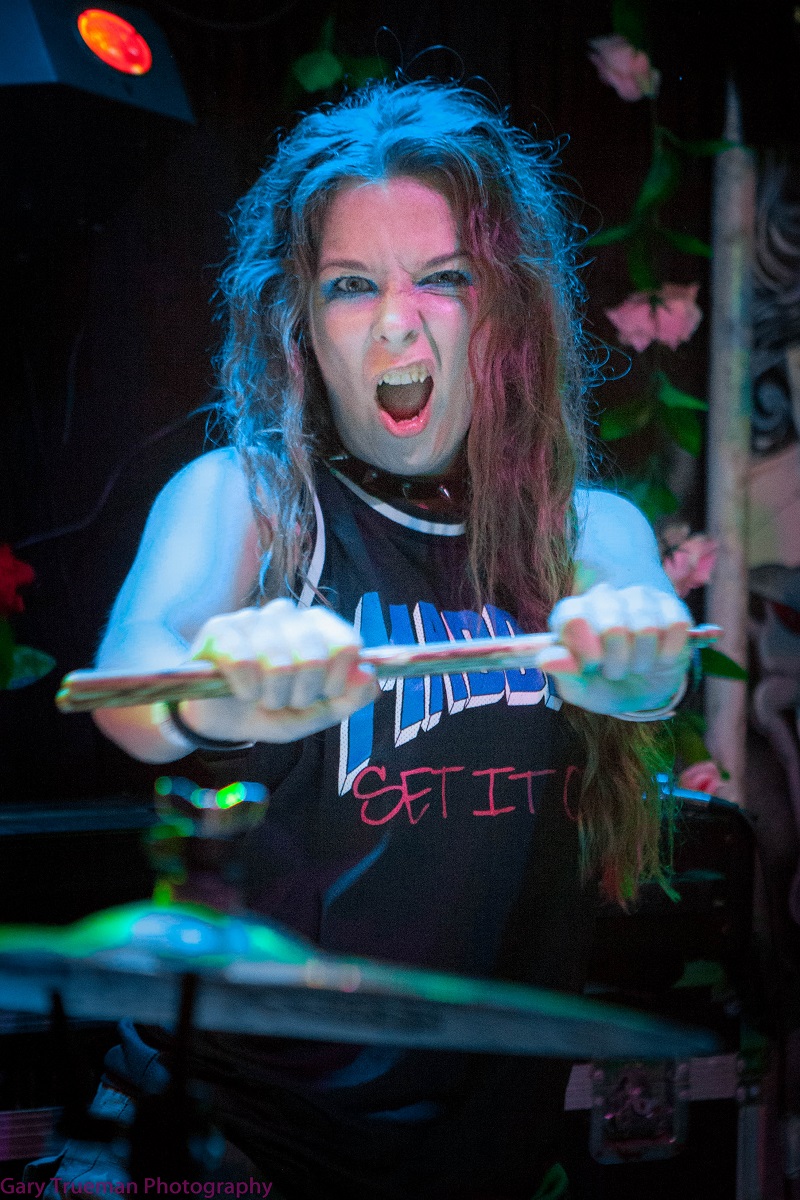 Coming from the slightly lunatic school of drumming is master blaster Vicky Reader who wears her love of playing like a badge of honour. It’s all big grins, face pulling and fun for the Pulverise stick wielder, but underneath the party mode is someone who owns the kit. In fact she pulverises it, so much so Keith Moon himself would approve. 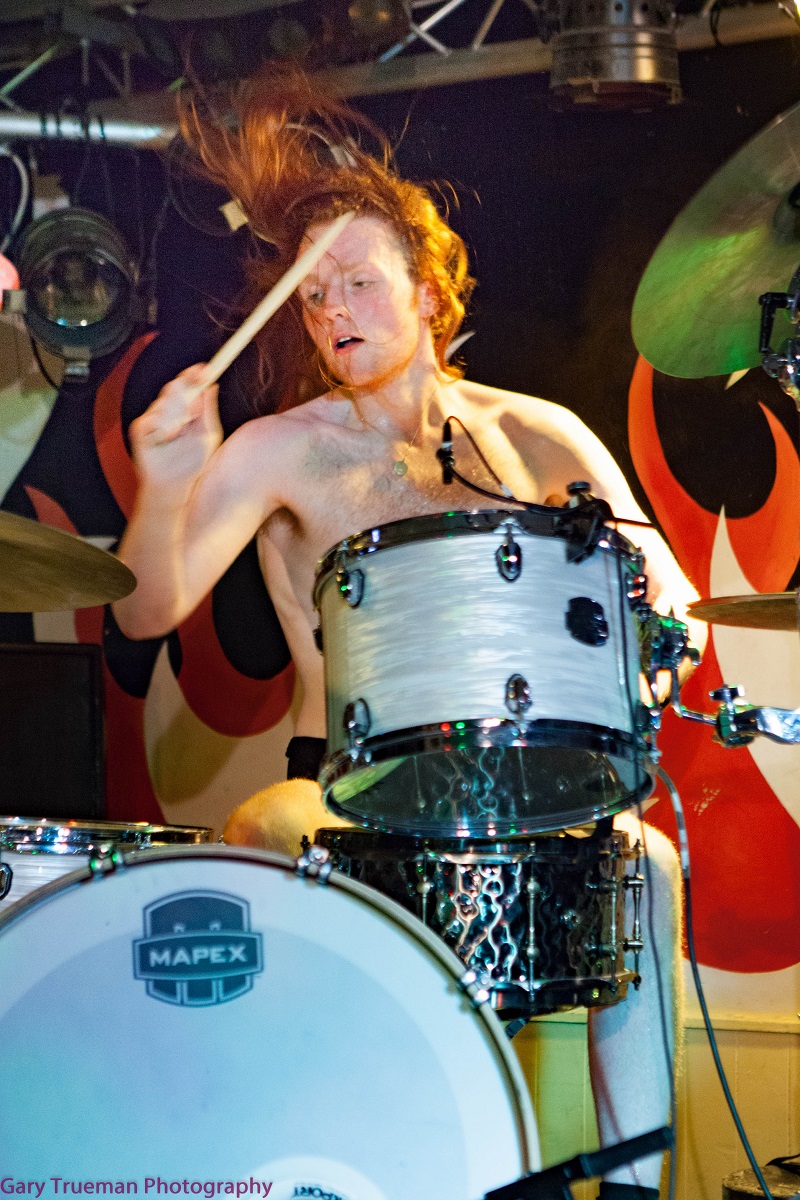 It would be easy to overlook Sam Ogden busy behind his kit given he has Millie and Mie Debray performing in front of him.  It would if he was any ordinary drummer that is. This powerhouse is something of a sensation in his own right though, producing some wonderfully slick work out on the live circuit. Known for playing a demanding tour schedule The Soap Girls know that Sam literally has their backs.

Feature and photos by Gary Trueman 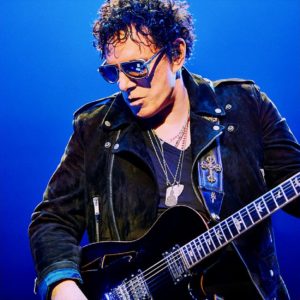 Journey to Nowhere As the world still reels from the shock of the Coronavirus Pandemic the prog rock legends Journey...
Copyright 2017 Devolution Magazine. All Right Reserved.
Back to top