As the number of months left to BLOODSTOCK 2020 reaches the half-way point, festival HQ shows no signs of slowing down with booking bands and making plans to make BLOODSTOCK’s 20th anniversary year the biggest and boldest yet! With a YouTube 100k subscriber milestone achieved this month too, there’s a brand new competition you can win weekend tickets in, as well as news about the exciting gaming arena debuting at BLOODSTOCK this year, and go on then, seven more bands to announce as well…

Brit thrash luminaries, ACID REIGN are set for a Friday slot on the Ronnie James Dio main stage!  Having rebooted the band in 2015 after a 24 year hiatus, frontman H tells us, “Anyone who witnessed our 2016 show on the Sophie stage knows exactly how much we love playing BLOODSTOCK.  There is a lot of excitement in the AR camp right now, we finally got a new album out after all these years (29 to be exact) and now we get to put a BLOODSTOCK sized cherry on the top of that cake. Can’t wait to see you all there!”  The band released that long-awaited album, ‘The Age Of Entitlement’ in August last year. Check out the video for ‘The New Low’ from that release.

Also appearing on Friday’s main stage, are Bristol’s hardcore punk crew SVALBARD. Signed to Holy Roar Records, their topical and furious last album ‘It’s Hard To Have Hope’ surfaced in 2018, and was described by Kerrang! as “a grand declaration of war, on everything wrong with the modern world, set to a truly brilliant, visceral soundtrack.” See if you agree; watch the video for ‘For The Sake Of The Breed’ from that album.

Goth-soaked metal newcomers, IDLE HANDS will open the main stage on Sunday!  The Portland-based band are hot off their recent US support slot to the mighty King Diamond and the release of debut album, ‘Mana’ via Eisenwald Records.  View the retrotastic video for ‘Give Me To The Night’, taken from that release.

VISCERA earn themselves a Sophie stage slot on Saturday.  The band, featuring former members of Heart of a Coward, Abhorrent Decimation, Martyr Defiled, Nervecell, and Surfaces, blend their influences (Pantera, Meshuggah, At The Gates, The Black Dahlia Murder and Killswitch Engage) with modern tech/death and deathcore flavours.  They release their debut album, ‘Obsidian’ this Spring via Unique Leader Records, but in the meantime, take a look at the video to ‘Lamb To The Slaughter’ taken from that release.

Edinburgh’s riff squad and former BLOODSTOCK ‘Metal 2 The Masses’ alumni, DOG TIRED also land a slot on Friday’s Sophie stage. Since landing a slot in the New Blood tent in 2014, the band have been honing their stagecraft, playing with the likes of Skindred and Raging Speedhorn.  We’re happy to welcome them back with step up to the Sophie Stage in 2020.  Get a taste for their sound with the video of ‘Dagoth’s Nine’.

BAILER join Saturday’s Sophie stage line up.  Metal Hammer inform that “Sometimes you hear a new band that make you want to drive a motorbike through a wall. BAILER are that band.”  Discover something new and make up your own mind by checking out ‘Long Gone’, featuring guest vocals from Adam Carroll here, and catch ‘em at Catton Park in August.

Consider yourself a bit of a gamer, or always fancied a go?  This year, BLOODSTOCK is pleased to introduce the Nordic Spirit Game Arena, where you can try to beat your mates on a range of games on XBox and PS4 consoles. Prefer your games on your PC?  Don’t worry, there’ll be a couple of gaming PCs as well, plus a few arcade machines from Jagermeister and Redbull, for starters. Best of all, play is absolutely free!

BLOODSTOCK is also delighted to welcome the 100,000th subscriber to its official YouTube channel! To celebrate the milestone, BLOODSTOCK will randomly select two winners from channel subscribers to receive a pair of weekend tickets to 2020’s event. If you’re already subscribed, you’re already entered to win! If not, head over to the YouTube channel here and sign up! All new subscribers registered before the end of February 16th will also be entered. The lucky winners will be announced on BLOODSTOCK’s Facebook page in due course.

Not visited BLOODSTOCK’s YouTube channel before? You’ll find a host of cool and exclusive content from BLOODSTOCK, including interviews and live songs (or even whole sets) of a wide range of bands throughout the years. Didn’t get to watch Parkway Drive headline the main stage in 2019? Watch it on YouTube! How about Gojira the year before?  Also on BLOODSTOCK’s YouTube! New content is added regularly; make sure you stay subscribed so you don’t miss out and be the first to see brand new, thrilling live clips from classic, explosive, and downright headbangin’ sets at BLOODSTOCK!

Standard weekend tickets, VIP tickets, child tickets, and car parking tickets for 2020’s event are available now at the ticket store. A limited number of day tickets will go on sale later this year – sign up for a free reminder here. Campervan tickets for 2020 are sold out. 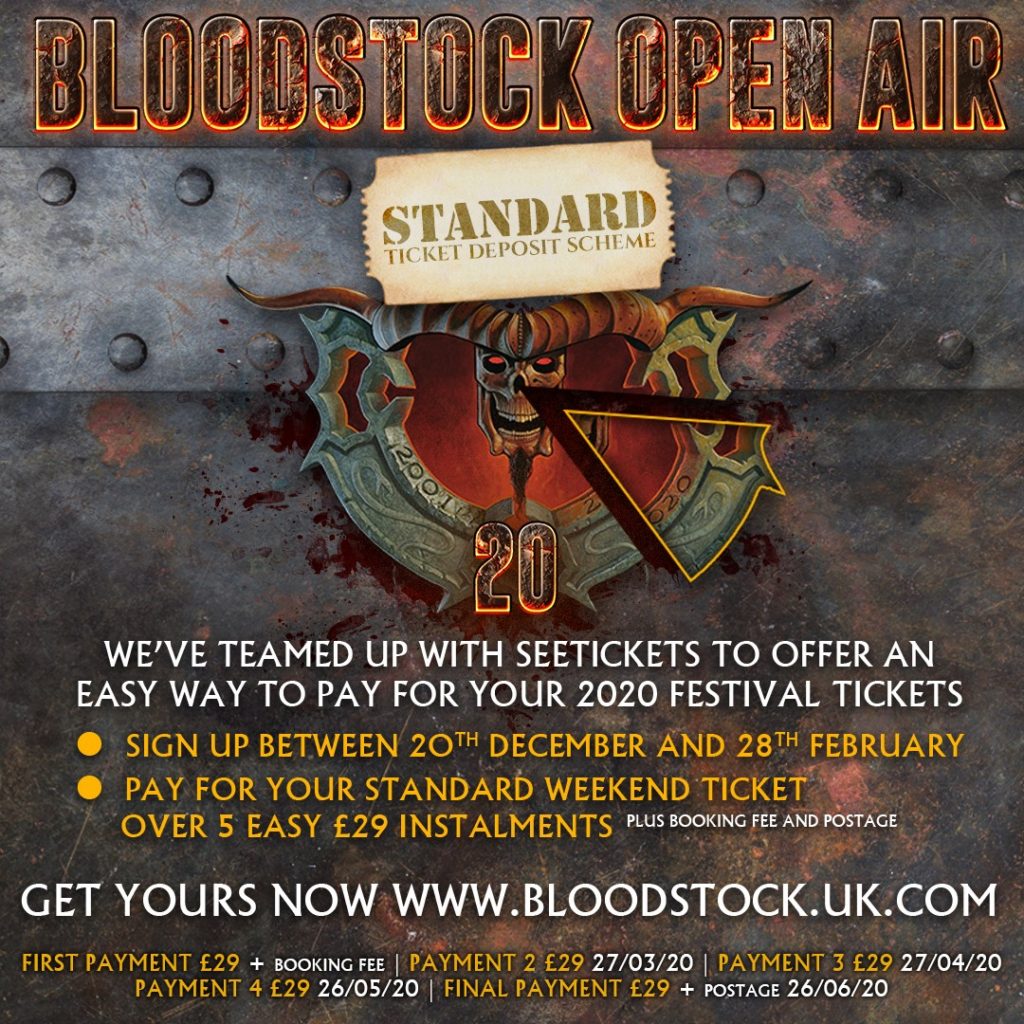 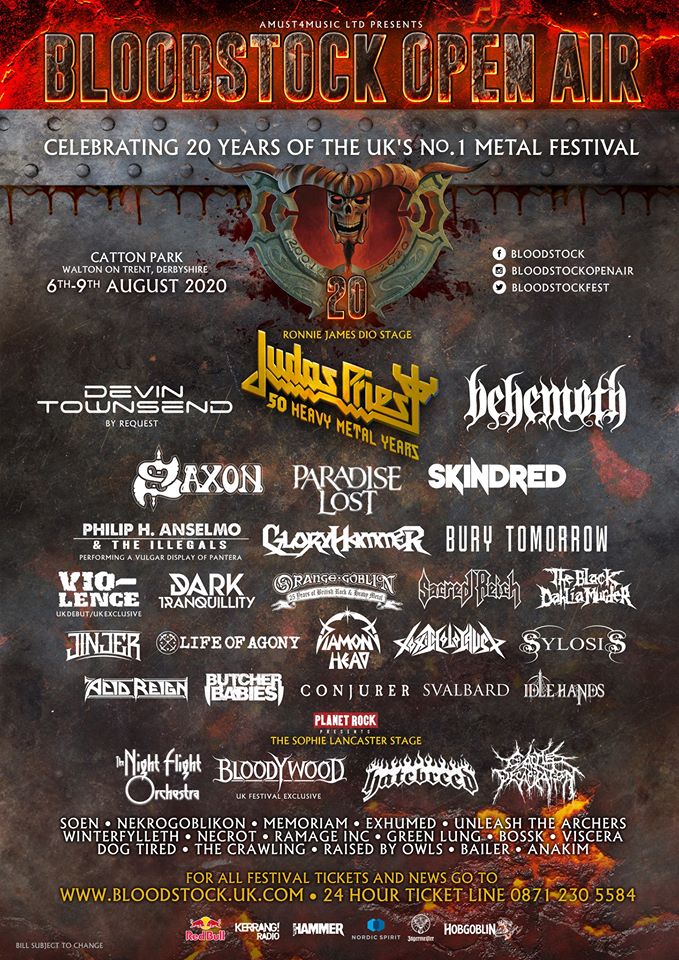 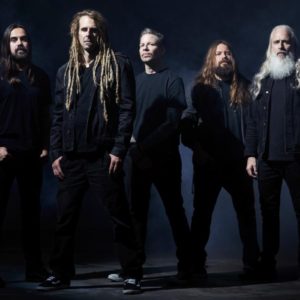 Lamb Of God Release First New Music In Five Years, 'Checkmate' Single Is From Upcoming Self-titled Album, Due Out May 8 Via Nuclear...
Copyright 2017 Devolution Magazine. All Right Reserved.
Back to top