You know that geography radar that lets you know with some certainty where a band comes from? Well Servers are one of those acts that set it off bleeping furiously. As British as cricket and afternoon tea but slightly noisier than both this northern based quartet have once again produced a little mini masterpiece. Ad Nauseam flows purposefully along without ever missing a beat. The alt rock sound it makes is slick and slightly reminiscent of the early 90s.  Luckily the production isn’t as wobbly as it was back then even with that retro vibe coming through. There’s a slight gothic undertone too, quite a lot of that is in the vocals which have a both depth and effortless power. The great thing about Servers is that they are distinctive. In a world overflowing with easily accessible music you’d be able to pick them out from the crowd. Better still you’d want to. Ad Nauseam (which means something that has become tiresome) is an odd title for a record that is anything but. In fact it’s a real joy to listen to, even during that afternoon cuppa. 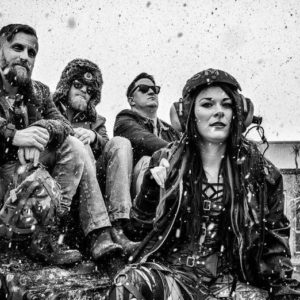 Cornish rockers O'Deus have released the first in a series of live video recordings. Shot at Cube Studios Amaranthine shows...
Copyright 2017 Devolution Magazine. All Right Reserved.
Back to top