Interview: Natalie Indya West ” I’d love to have a cuddle with Def Leppard.”

There’s no mistaking Natalie Indya West.  There’s that big hair and a big personality to go with it. There’s also the fact that she has created her band Indya from nothing almost single handed. It’s been quite a learning curve but throughout everything there’s always been positivity and a willingness to make things work out. Gary Trueman spoke to Natalie about her band, an imminent album release and who she’d like to bring back to perform with. 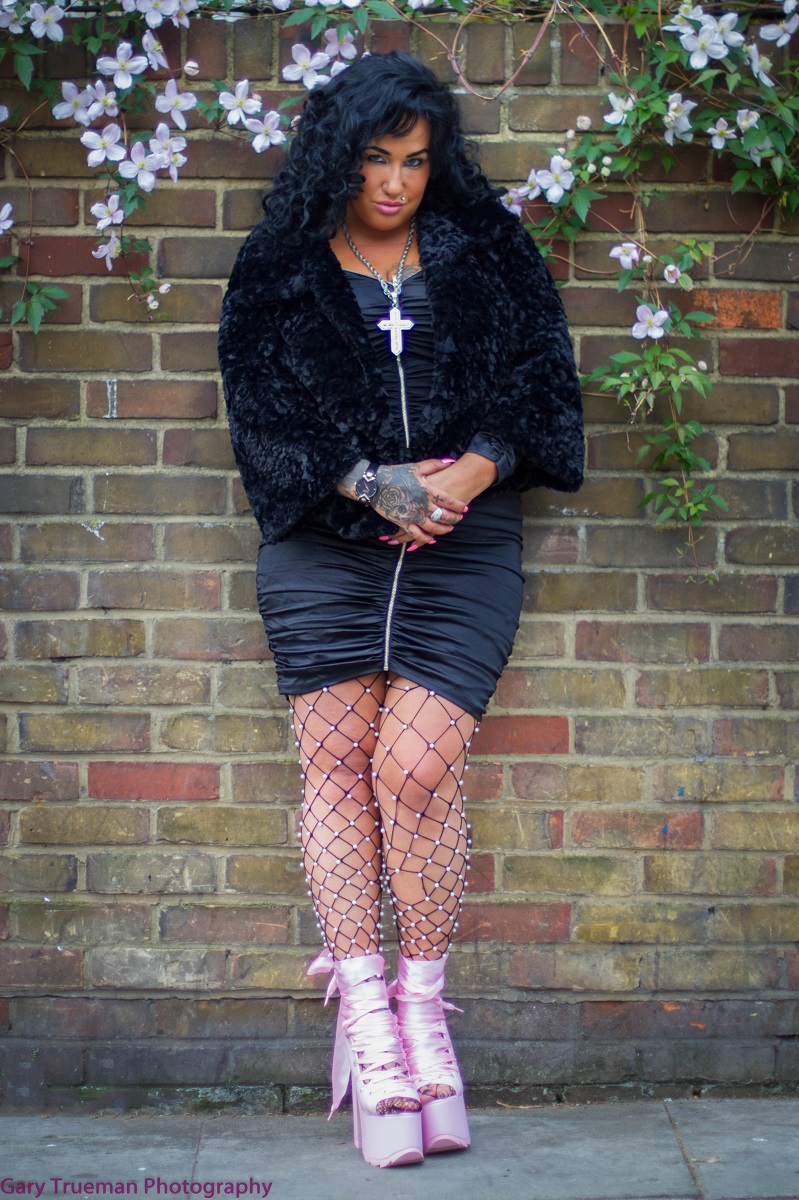 What were your first steps in singing?

“I used to perform in musicals and I used to be a professional dancer when I was at music college. I went on to vocational college at the College Of Performing Arts in Essex. Then I did professional panto and musicals. I did Fame, Bombay Dreams, Jack The Ripper so many more. I even did some backing dancing for Mystique for the Brit awards back in 2003. I was told I had a really good rock voice so I formed Indya in 2015.”

So you’ve been doing this for about four years and you’ve only just recently stopped using session musicians is that right?

“Yeah, in the beginning I had to hire session musicians and I had to save to play gigs. I remember one gig I did in Hoxton I had to pay all the band members and then there was no one there to watch us. Not one person. So I just went live on Facebook, I thought what the hell!  But going live people started to watch and then follow Indya. And then they eventually started coming to the gigs.”

You live in Brighton and the rest of the band live in St Albans. How did that happen?

“I was putting feelers out for a permanent band and they came to me and it just so happened that they all lived in St Albans. So I travel up there to do rehearsals because it’s pointless them all coming to me.”

So that’s working out well for you now?

“Yeah, because now I’m able to do loads of gigs and get the band underway which is what I should have done in the beginning.”

So you now have a band together. Are you in the process of doing any recording?

“I’m recording an album at the moment. I write all my own songs. I have a producer called Dave Needham and he helps me with the music, he co-writes with me. The album should be out at the end of July. One of the songs is called Sexual Heeling as in shoe heels because how I have funded the album. I bought up loads of designer shoes from charity shops and then sold them on.” 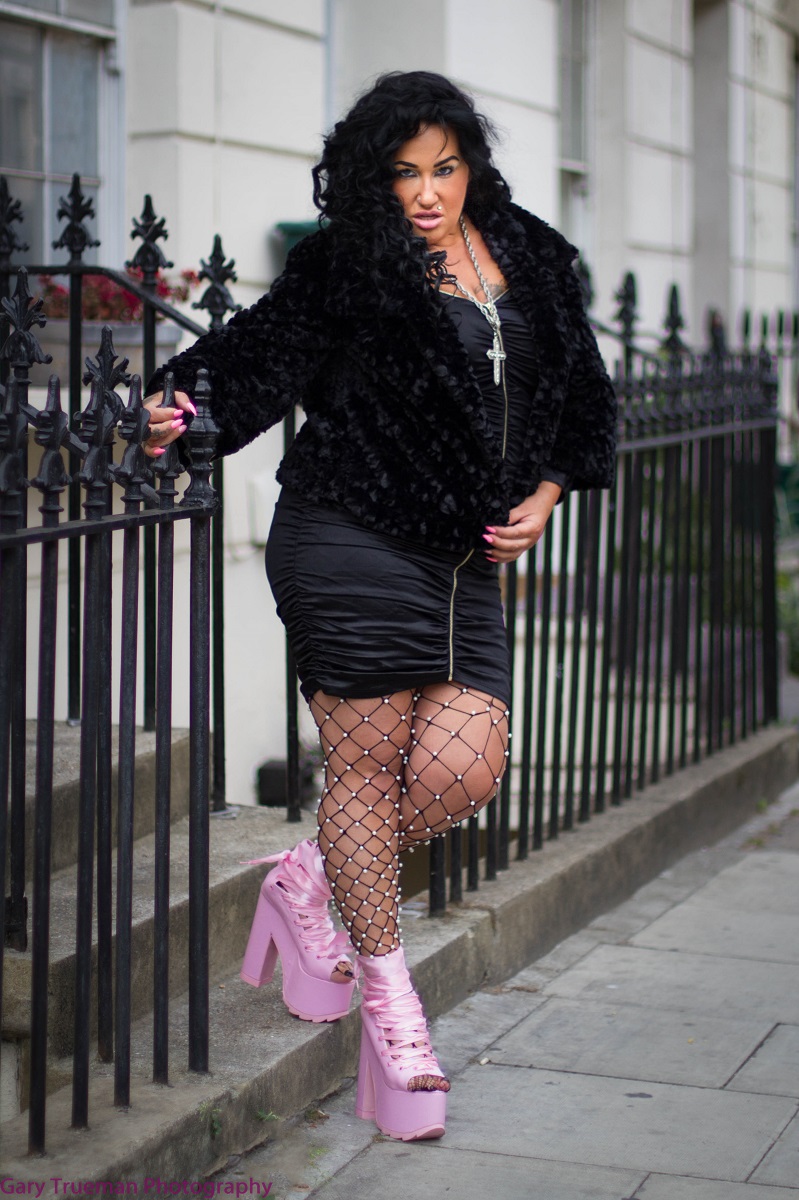 What is your dream gig?

“Download festival.  In my dreams! I know it’s high hopes but one day maybe. I’m going to be there this year.  I’d love to have a cuddle with Def Leppard haha.”

They have an amazing line up this year.  Is there anyone you’re particularly looking forward to seeing?

“I would love to open up for Marilyn Manson. My album is heavily influenced by him.”

You have quite a striking image. Do you think it’s important for an artist to have that image and to have a brand?

“Oh yes, absolutely. If you look like shit then no one will want to watch you. If you look good, you feel good and that positive affirmation will draw an audience. They’ll be like flies round a light. When you look good you can become a role model, people will aspire to be like you.”

We have to mention your hair which is amazing. Is that a hereditary thing?

What do you do to look after it?  Do you use special products on it?

“I drink coconut oil because when you consume it it gets into your blood and then goes to the hair follicles. My hair is all shiny and thick because of coconut oil. It makes your skin and nails good too. That’s my secret.” 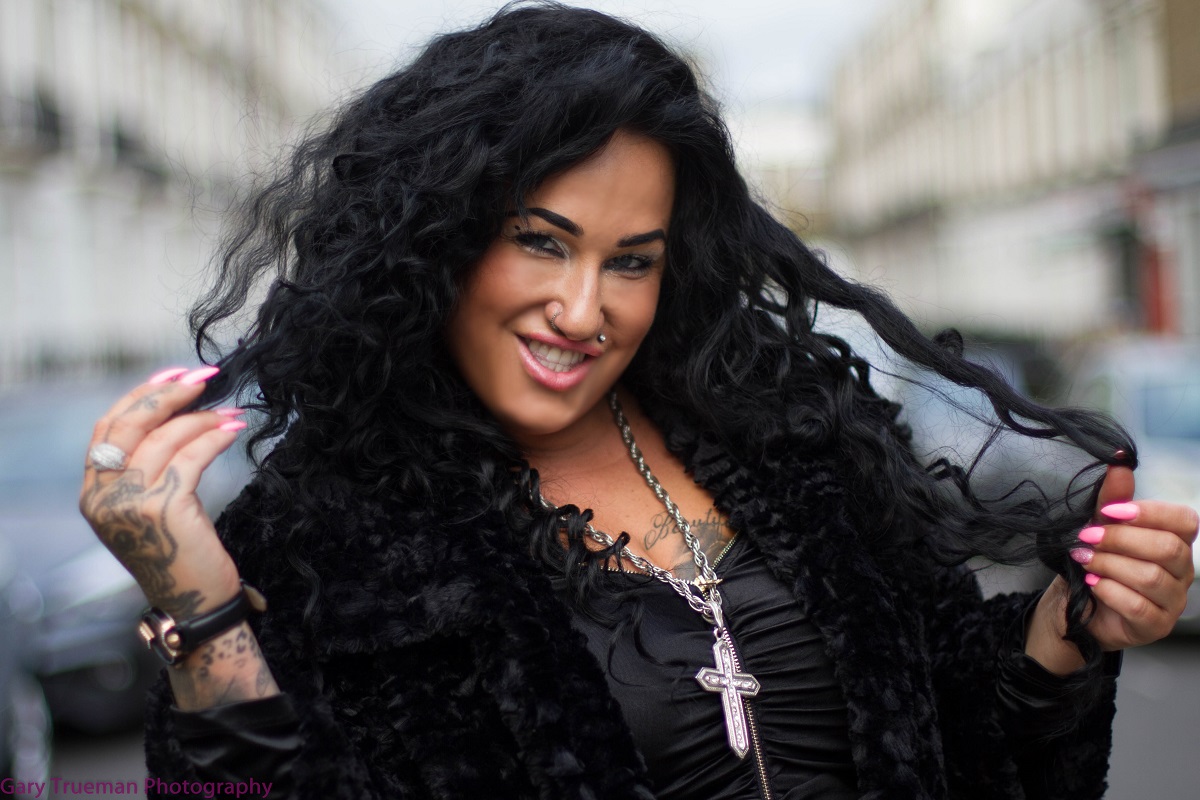 Outside of music do you have anything else you like to do in your down time?

“I do archery. No one really knows about it actually. I do it in my spare time. It gets me away from the world. It helps me get my anger out. Archery is very disciplined but I’m not very disciplined haha.”

“My worst trait is shoes. I’ve got 1500 pairs. I’ve got six wardrobes full. You can find shoes everywhere, you have to kick them out of the way to get into any room in my house. But of course I do sell them. I never wear the same pair of heels twice. Once I’ve worn a pair on stage I’ll sell them.  My best trait is that I’m a really loving person and I look after people. I think we’re all human and we’re all in the same rat race so let’s spread some kindness like confetti.”

If you could bring one artist back from the dead to perform with who would it be and why?

“I would probably bring back Amy Winehouse. She was a really kind girl, she had a heart of gold. Her talent was incredible. We didn’t get enough of her, she was gone before we knew it. Some things you need more of so I’d like to see her back.” 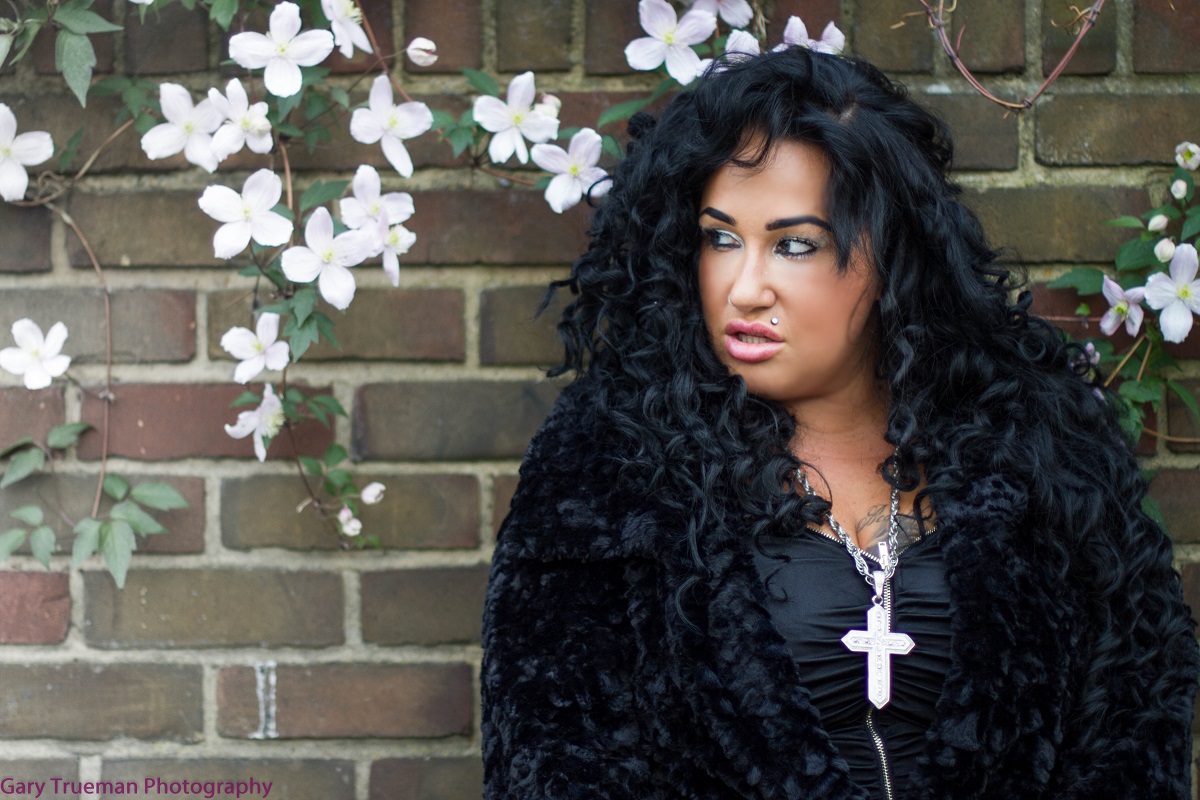 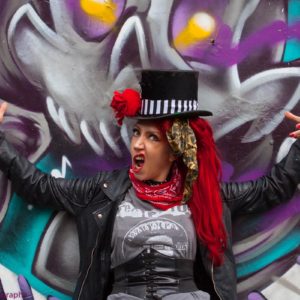 There’s always been an affinity between the alternative scene and the world of burlesque. There’s a lot of similarities...
Copyright 2017 Devolution Magazine. All Right Reserved.
Back to top