The Rebellion Tapes: Hospital Food “I wouldn’t say we really do practical jokes, but we take the piss out of each other a lot.”

Ben from Hospital Food is subjected to the Devolution random question generator, “Do You Feel Lucky, Punk?” and waxes lyrical about his favourite punk bands, taking the piss out of his band mates, and the importance of being able to play music live. 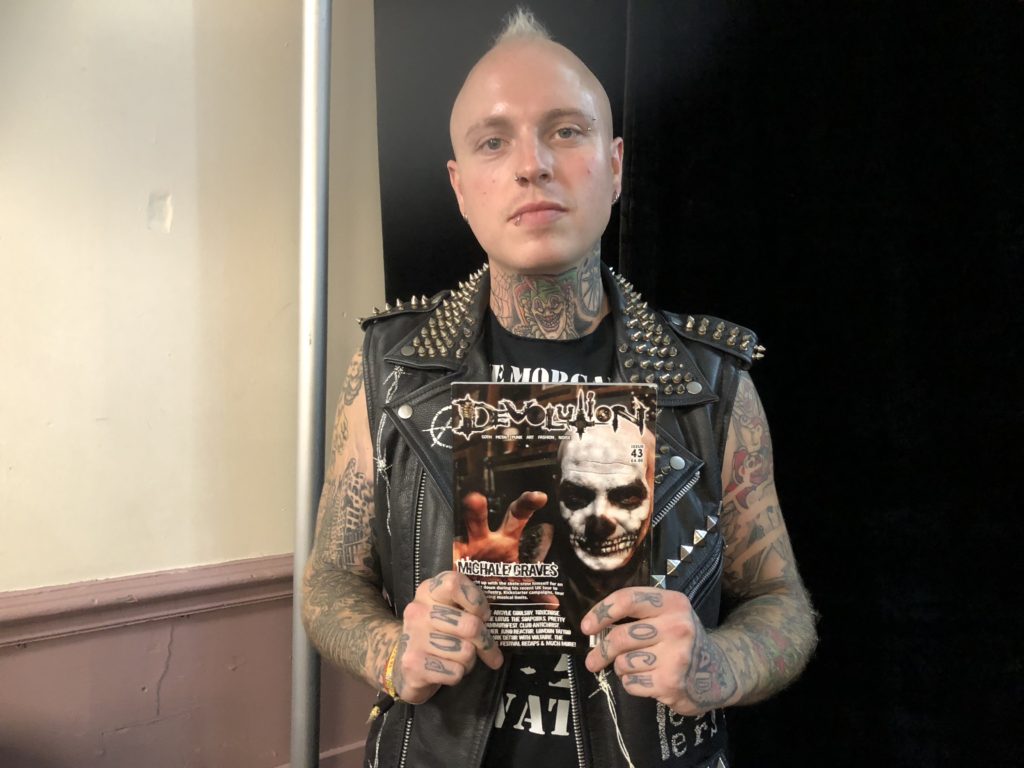 The best punk band in your opinion?
“The best punk band in my opinion? Well it depends on what mood I’m in I suppose. You can count Stiff Little Fingers up there, because they’re Stiff Little Fingers. You’ve got UK Subs, simply because Charlie’s still going, especially at the age he’s at and stuff, and continually touring all the time, never giving up. American punk band wise I’d say Rancid, I’m a big fan of Rancid because they’re the first band I ever listened to, the first punk band I’d ever heard. They’d be three of my favourites of many.”
Difficult to choose between them.
“Oh yeah”

Do you guys have a practical joker on tour, and if so, what’s the best practical joke they’ve ever played?
“I wouldn’t say we really do practical jokes, but we take the piss out of each other a lot. There’s a lot of mocking going on. If there’s ever a mistake on stage, or if ever anything daft that’s been done, we never let each other live it down. It goes on forever and ever. So I wouldn’t say we really do pranks, or practical jokes but we’re constantly mocking one another. Any little mistake, anything that’s a bit daft or whatever then we never hear the end of it, it’s just how we are, we’ve always been the same.”

What have been your biggest musical influences?
“On me? On me personally I’d say I’m hugely influenced by 70’s punk, like 77 punk. Bands like the Vibrators I really like. I just love their music, what they play, how they sound. I’m a big fan of 999, the Lurkers as well. Then you’ve got bands like Vice Squad. A lot of the British bands really that I’m mainly influenced by musically. It’s mainly the British bands. Rancid as well, just because I love their music, they were the first band I heard they were sort of like, I first heard Rancid they were to me what this punk thing was that I never heard before, and that were like Rancid. And over the years I got into more and more different styles and sub-genres of punk. So yeah, there’s a few of them.”

It’s the end of the world, the entire world’s on fire. You’re in the Mad Max car, what’s the first song you put on your playlist?
“The end of the world? It might have to be Warhead by the UK Subs because I think it would be quite a fitting song. I like a lot of driving songs that are songs that I wouldn’t normally listen to, but they sound really great when you’re driving. There’s a song by Sum 41 and I can’t for the life of me remember the name of it, but whenever you drive it’s a great driving song. Anything by the Offspring’s normally quite good to drive to. Driving towards the end of the world I don’t know…”
Staring at the Sun might be a good one.
“Yeah. Or Hospital Food, we’ve got a song called Oblivion on our third album, that’s about the end of the world so maybe that. Not one I’d personally listen to, listening to myself.”

The full Bruce Almighty. You’re God for the day, what do you do?
“If I was God for the day I’d cure world hunger, that would be the first thing. I’d give us some beautiful weather and, I don’t know whether it could be done in a day, but I’d try to stop all the wars that were going on. I don’t like war. SO, if I could do that as God for the day, I would do, in the day. It’d be a busy day, but yeah.”

Who would you say you sound the most like?
“Honestly I have no idea. I’ve tried before to place us, and to put us in a category and I can’t do it. People ask me all the time who we sound like, people who have never heard us, and I have no idea. I think you’d be best asking someone who isn’t in the band who we maybe sound like. That’d be interesting to know. I’m not sure, myself, I don’t know, I can’t place us.”
With so many influences it could be anyone.
“Yeah, it could be. I mean certain songs might sound a bit like a certain band, and then we might do another song that sounds a bit like another band.”

What’s the most ridiculous band rider you’ve ever had or would like to have?
“We’ve had them, but not any ridiculous ones. What would I like to have? Possibly strippers maybe. Or illegal substances, I don’t know. Whether they’d do that or not, I doubt it.”
When I interviewed Raging Speedhorn he came back with 59 McDonald’s cheeseburgers.
“I’m a vegetarian so I’d have the veggie burgers. 59 of them.”

How do you guys relax on tour?
“If we’re on tour just, we like to go out, wherever we are, we normally like to go out and see a bit of the place during the day and get a coffee and have something to eat, and just see a place.  Just generally chill out and have a look round, see the sights. Very rock and roll. We don’t snort cocaine all day, we have a coffee and a sit down.”

Living or dead, who would be your dream line-up in a band?
“I’d have to say as a singer, as a front-person, probably Joey Ramone, just because he’s dead and I’ve never seen him live, just so I could get to see him. On guitar I’d like to see Lars from Rancid because I love him, I think he’s great. On bass, it would have to be, there’s a wide variety, possibly Flea from the Red Hot Chili Peppers, because he’s a fantastic bass player, stupidly good. And on drums it would be Robin Guy, who plays in Sham 69, he plays in various different bands as well. That would be my dream line-up.”

The Spotify generation, do you feel music is becoming undervalued nowadays?
“I think with Spotify itself I don’t think they pay bands enough, from what I’ve heard anyway. We put our albums on Spotify a couple of years ago, we took them off because we just weren’t making anything from it, and it was costing us to put them on. We never got anything back from it, not enough people were listening or really interested in it. We’re more a sort of CD band, most of our stuff’s on CD and people buy the CDs. I think since generations past when everything was on record I think it’s definitely lost value, because I know a lot of my older mates, they used to go out and buy a record and it was a big deal, whereas now you can just go online, press a few buttons and that’s it, you’ve got it and there’s no value to it, there’s no physical value to music anymore. There’s nothing to have, it’s all on a computer.”
It’s a bit of a strange one with the punk genre though, because punk was famous for the stickers on the album saying ‘pay no more than 50p’ when labels were trying to sell albums for £5 a pop. So it’s a difficult one when trying to compare that sort of attitude to music.
“It is, it’s just the way it’s moved on. Times have changed. I think a lot of people have a lot of mixed opinions about it. I think in some ways it’s good because it makes music more accessible, if you’re in a band that’s trying to get out there, you can get your stuff out there online and people can hear it all around the world. Whereas unless you release a record and you get produced through a label or whatever who can get it out there for you, you struggle to get it out there, perhaps more so than you would digitally now.”
I find it good with festival line-ups, there’s always a playlist with all the bands playing the festival so if there are bands that you don’t know.
“You check them out, yeah. Me personally, I like to see a band live first before I listen to them because I find if I see a band live and I like them I’ll like the band. Whereas there’s some bands I’ve listened to on recordings, I’ve gone to see them live and I’ve been disappointed, they’ve just not done it live. To me a band should be live first, before anything. If you can’t do it live then what’s the point in live music? Because that’s what it’s about, live music.”

Interview and photos by Mark Bestford

Review: SOS Festival XI - "Great to see this crowd haven’t lost the art of conversation unlike other festivals that can be guilty of housing a 'too school for school' ethos." 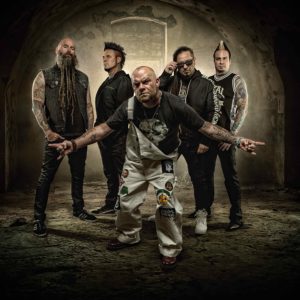