Introducing: DownFromAbove – “We like to think our band’s music is simultaneously both on and off of rock’s beaten path, familiar yet seductively different” 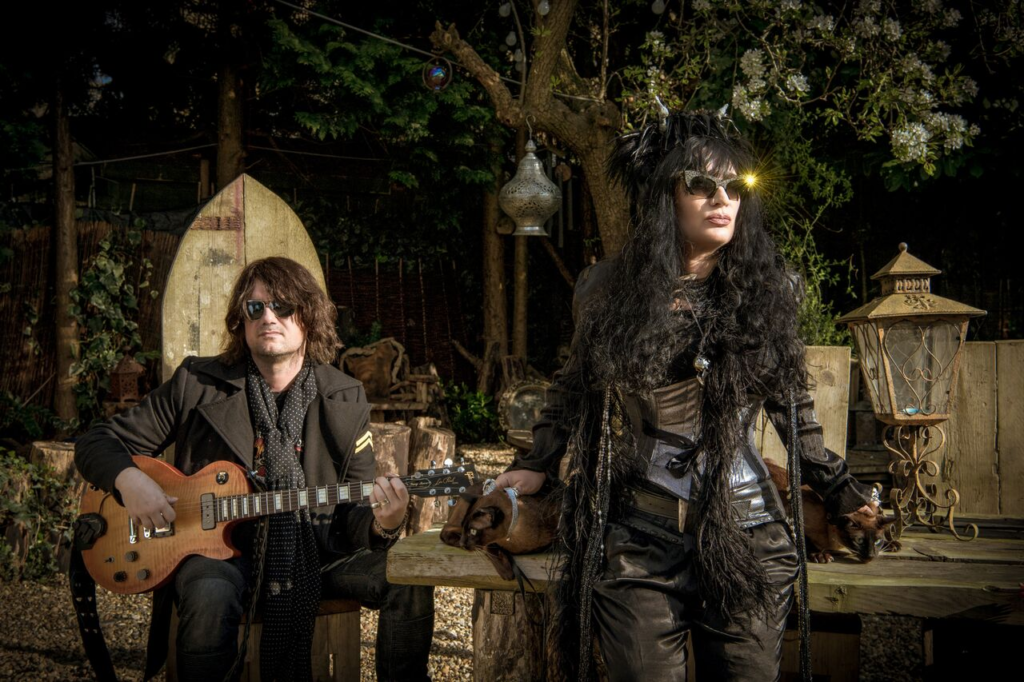 Hi, we are DownFromAbove, an electronica-driven alternative hard rock band from London, comprising of Anastasia Resurrection on vocals and Rob Ackerman on guitars. We like to think our band’s music is simultaneously both on and off of rock’s beaten path, familiar yet seductively different, and, whilst it hits hard, there is hopefully an accessibility at its core that, given the chance, will allow it a more universal appeal – guess we’ll find out!

We have a pounding single called Give It Up due out soon (remixed version available to listen to in this magazine), with more singles and videos to come, and then an album within the next six months – prepare yourself world!

Probably a less-than-subtle blend of riffy hard rock a la Deftones, some Filter or NIN-esque synthetic touches, classic pop melodies of the sort Debbie Harry would hopefully give the thumbs up to, and all topped off with a dash of modern production savvy and concision.

The less mainstream tail-end of mainstream rock music on the whole, bands like NIN, Stabbing Westward, Filter,  Korn, Deftones, Biffy Clyro, Curve, Blondie, Royal Blood, Rush, Black Peaks, Big Spring, Cocteau Twins, Toska,  Pantera et al.  We are also very much influenced by contemporary music in general, in terms of how it is arranged and structured, and the ways that technology is utilised in its actualisation. 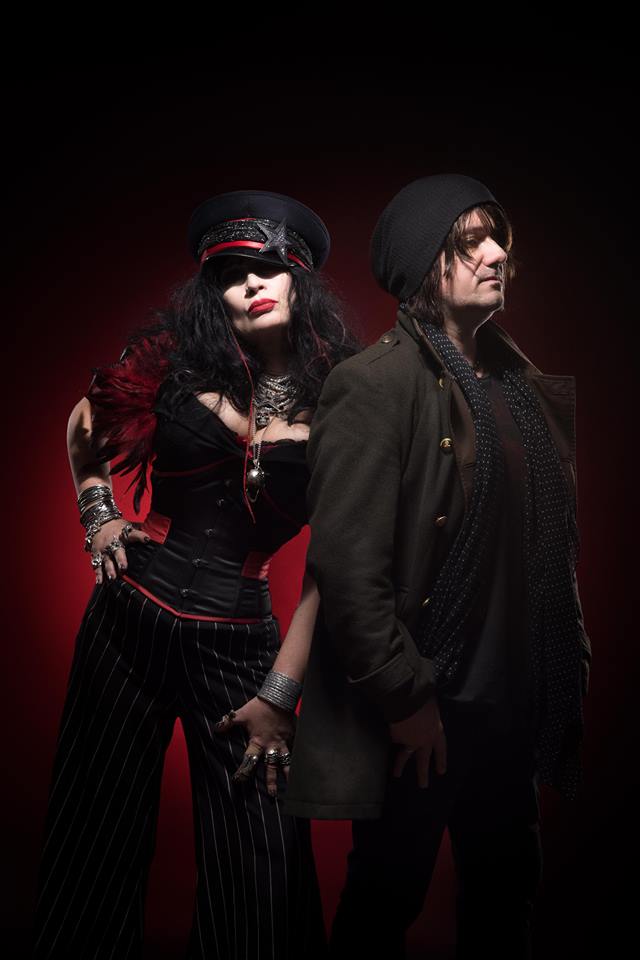 Describe your band members and what each person brings to the table.

Seeing as there’s only 2 of us, a fold-away picnic table would probably do the job!  But if we were actually having that theoretical picnic using this somewhat small table, then Anastasia would certainly be bringing with her some visual flamboyance in the costume department, a certain sense of drama, and a dusting of left-field sensibility – a touch of the unorthodox.  Rob, on the other hand, would be busy working out a precise schedule for the proceedings, straightening the cutlery, and slicing the sandwiches so that each sandwich was exactly the same dimensions as the one that preceded it, and if it wasn’t, throwing it away and starting again.

Driver gets the choice, and as we are already well into practicing being mollycoddled superstars (it’s fun to dream) we rarely drive ourselves to gigs, so David our designated driver and erstwhile manager gets to choose the tracks – we’re not sure that he has yet made what could be called a universally popular choice, but that’s the price we are prepared to pay for a stress free journey that leaves us ready to rock at the other end.  At the very least these journeys have, courtesy of Kory Clarke, informed us that payback is a bitch, which is good to know for future reference.

Well, funniest is maybe not quite the word, but we did, like many before us, have an interesting experience in Ruislip.  No offence to the good people there, or the event we played at, but being sandwiched between a Test Your Strength machine that was pinging unmercifully, and a Bouncy Castle largely populated by over excited pre-school children, meant that there was, for most of the time, no-one at all watching us play, even our friends had wandered off to get candyfloss – karmas on them when they next go to the dentist!  Strangely, it all became somewhat liberating in the end, and, just out of a sort of maniacal hysteria brought on by the circumstances, we actually played more songs than we normally would – so, final score, DownFromAbove 1, Ruislip 0.

Korn, because they’d bring in crowd.

If the world had ended, and assuming we all went with it, there would be no post-apocalypse, as apocalypse is a purely human concept, and there wouldn’t be anyone left to conceive of anything post that, not to mention actually compile or listen to any sort of playlist – so, all things considered, John Cage’s 4’33” on permanent loop for all eternity would seem most appropriate.  Or ‘Highway to Hell’, either’s good.

We imagine that DFA write songs like most bands write songs – someone comes up with an idea and everyone else tries to change it, and from that struggle an eventual equilibrium coalesces where all sides can claim their share of victory.  In a strange way, what makes for a good DFA style song is implicitly understood by both of us so there is, in fact, next to no disagreement.  Imagine a very simple two circle Venn diagram – where our tastes intersect, that’s DFA, and anything outside of that intersection is tacitly agreed to be beyond our collective remit.

In our heads we are sort of full time, insomuch as all our creative energies go into the band and into the recording we are doing for our debut album.  Of course, in a more meaningful and practical way we are not; we’d be living the dream if we could drop our day jobs but that’s not yet realistic, however, we hope that good things will come out of the music we are currently doing and that we will eventually have the option to concentrate 100% on the band and have 0% concern for anything to do with real life (we’d be able to employ people to deal with that for us).

What are the band goals for the rest of 2018? Anything important or any milestones to be reached?

Goals for this year are really about getting the wheels turning and gaining some traction for the band.  There’s gigs to play, networking to do, and recordings and videos to make and we are crossing our fingers that these will slowly but surely raise our profile and get our name out there.  Ideally, we would love to go out on tour after our album is released and promote our music in a live environment that is outside of London, and to generally get our music heard by as wide an audience as possible. 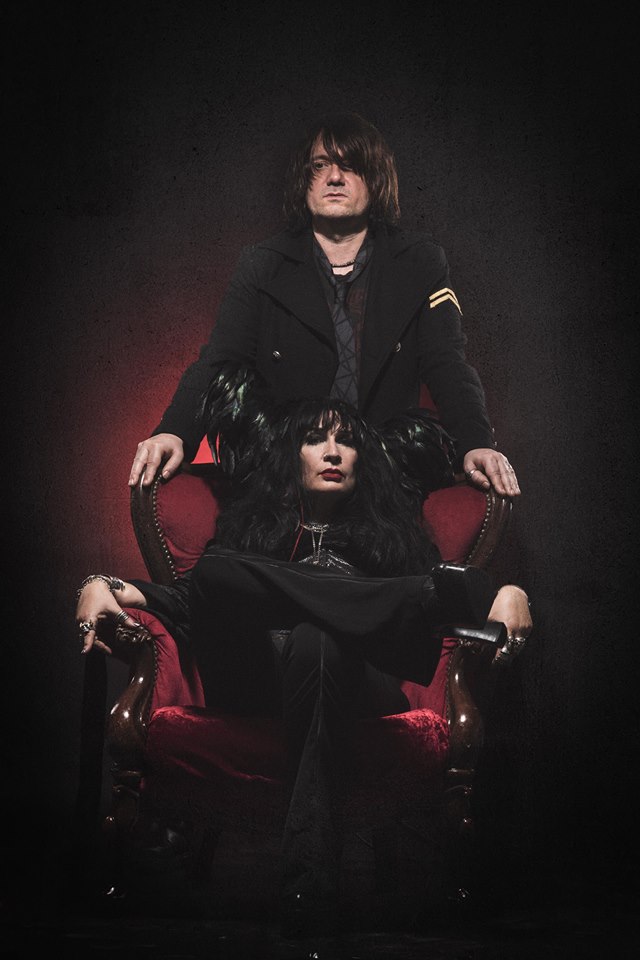 Cambridge Folk Festival – we could freak out the squares, although there is also the danger that we might contract ‘folk’ and never come back to the dark side, so it’s maybe not worth the risk.   But seriously, Download would be epic, we’ve been many times, and it would be cool for us to be on the inside looking out, rather than the outside looking in.

Asda, for their fine range of clothing and wide selection of cut-price consumer electronics – call us Asda if you want to negotiate a deal – we’re cheap!

Maybe send God to hell and make Satan an angel – they could see things from the other side of the street for a while and maybe come to some sort of mutual understanding that would benefit us all – a less judgemental God who looks the other way on occasion, and a devil with at least some boundaries on mischievousness.  C’mon, let’s all hug! 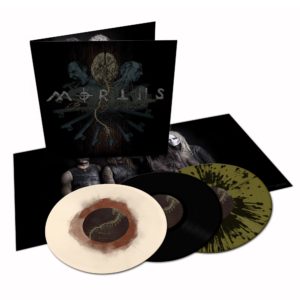