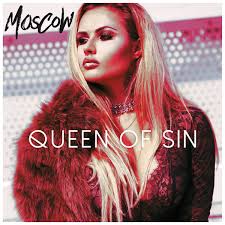 Queen Of Sin – Self Released

It would be very easy to write Moscow off as just a pretty girl with ambition and little substance.  The most evident thing from this EP is that far from lacking depth her vocal has the power and range to raise eyebrows and focus attention.  While so many acts at the moment are replaying hard rock’s finest moments this is one artist who is seeking to forge new ones.  Sure there’s an air of predictability in the writing but there are also some fine moments where even the most sceptical will nod their heads in approval.  The production and subtle use of synth here and there point to someone who likes their music to sound modern and fresh.  It’s this modernity that will garner favour with younger fans and they are the ones that buy the most music these days.  While some may tut at the clichéd way Moscow is marketed there can be no doubt the music rocks and above all this is one lady who can sing.  As an opening gambit Queen Of Sin is an impressive debut and puts Moscow firmly in the one to watch box. 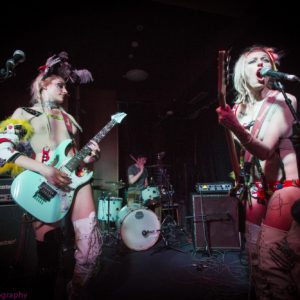 There’s an anomaly in Surya that has to be pointed out.  The green room is the same size as the actual venue.  It’s...
Copyright 2017 Devolution Magazine. All Right Reserved.
Back to top