Edging closer to folk than many rock fusion acts dare go Serpentyne have the traditional full sound you’d expect but also come with a studiously executed level of clarity that makes then very easy to listen to.  The faultless and beautifully rendered vocals of Maggiebeth almost have you imagining you’re in a world of swords and sorcery while modern arrangements joust with traditional melodies.  There is a sameness to the writing that is a little too restrictive at times although clever changes of tempo steer The Serpents Kiss well away from accusations of being boring.  This is an album that will find favour with both symphonic fans and also those of the darker and more gothic persuasion.  Classical buffs might also get their toes tapping to it too.  While many bands look to get more complicated or faster as they progress Serpentyne have taken a much more relaxed approach and produced a record that will endure as a result. 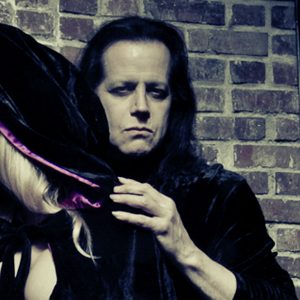 Seven years after his last full album and on the twenty fifth anniversary of the seminal How The Gods Kill Danzig is back...
Copyright 2017 Devolution Magazine. All Right Reserved.
Back to top