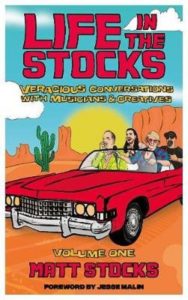 Matt Stocks may be familiar to many as a DJ performing at many UK venues as well as supporting acts as diverse as Anti Flag and Wendy James. He also worked at Kerrang Radio hosting the evening show for three years. Matt has written for Metal Hammer, Kerrang and Classic Rock so penning a book was the next logical step. He has hosted his own Podcast ‘Life In The Stocks’ since 2017 and it’s these shows that forms the basis for this book. To say simply that this is a series of transcriptions really does this engaging work a disservice. ‘Life In The Stocks’ manages to be insightful and thought provoking as well as providing enough humour to prevent the flow of words getting bogged down. Because of the layout it’s easy to pick up, put down, and then return to. The cross section of guests is diverse. Included are Robb Flynn, Michael Monroe, Laura Jane Grace and many more. It’s a thankfully mixed bag that covers much of the music spectrum as well as venturing outside of it on occasion. There are weighty topics such as substance abuse but also more surprising ones. An outtakes (not like TV or film outtakes but more an odd sock drawer of topics) section provides some surprising revelations including one celebrity talking about fly fishing. Right throughout the book you never stop finding world class quotes and little snippets of previously unknown information.  In a way taking a series of podcasts and putting them into a print (and no doubt digital) format is a little bit like going from a streaming service and buying vinyl again. The thing is the sales of vinyl are thriving so why shouldn’t this be a thing too? As much at home as a coffee table conversation piece as it is a bookshelf keeper ‘Life In The Stocks’ is well worth a read. It’s one of the works you’ll want to keep coming back to.

Life In The StocksMatt Stocks 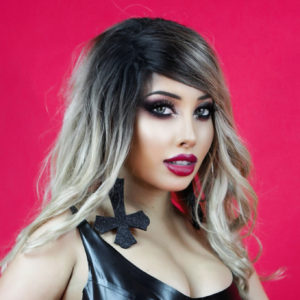 Sofia Isabella knows what it takes to make the grade when it comes to make up. She’s currently a senior/lead artist at Charlotte...
Copyright 2017 Devolution Magazine. All Right Reserved.
Back to top