Interview: Miss Francesca (Bailey Mills) “Telling me to stop just made me want to do it more.”

Drag queens are very much more in the public eye these days thanks in no small part to TV programmes such as RuPaul’s Drag Race. That doesn’t mean some people aren’t still openly aggressive when it comes to anyone who doesn’t fit within the conventions of society. Miss Francesca aka Bailey Mills is a young drag queen based in Lincolnshire. Bailey chatted to Gary Trueman about entering the drag world and experiences of negativity and dealing with it in a positive way. 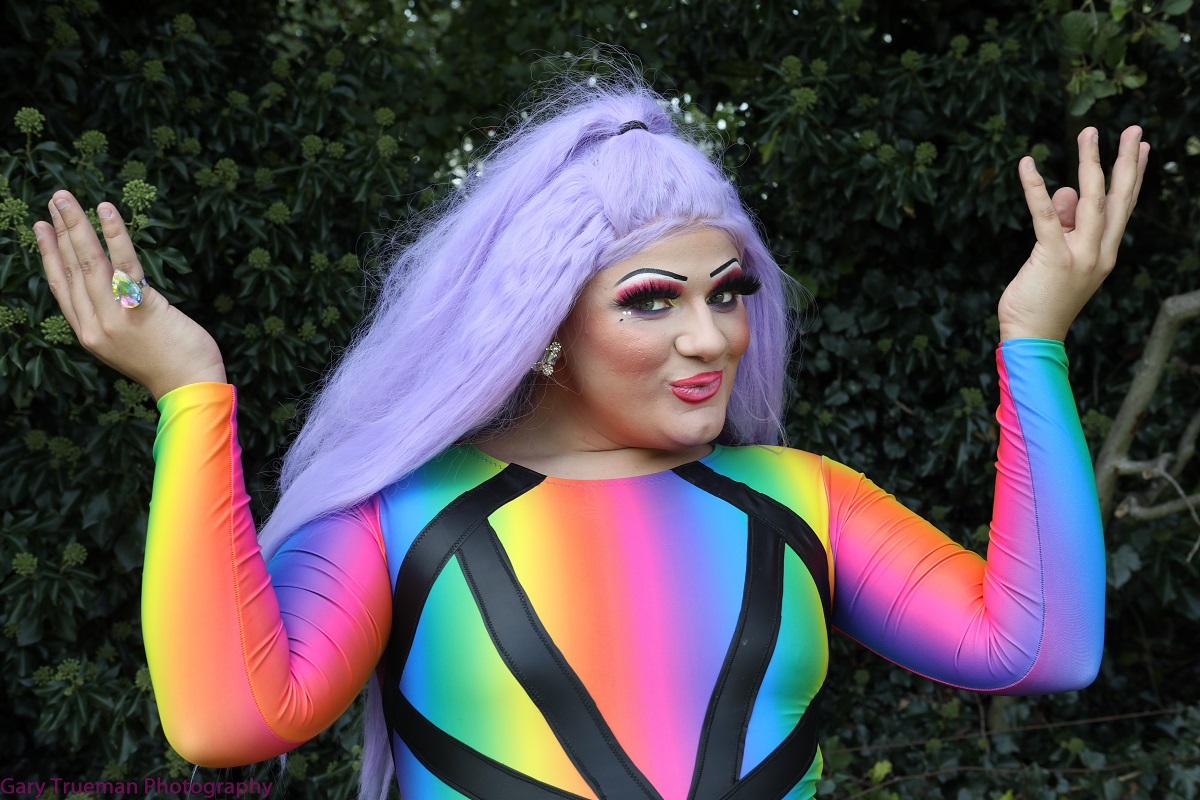 How did you first get interested in being a drag queen?

“It started off when I was at college. They wanted me to do hair and beauty. They wanted me to do make up and I knew nothing about it and I started playing around and then fell in love with make up. At first it looked a mess. Everything takes time to make progress, but it was a really fun way for me to express myself. Then my hairdressing teacher told me to stop wearing make up. But I thought if the girls can wear it why can’t I? So I just started doing it more knowing she didn’t want me to do it. Telling me to stop just made me want to do it more.”

So you’re a bit of a rebel at heart?

“I look a lot to Pete Burns. Growing up I saw him on the TV. As a kid it was one of those things where I knew how much hate he was getting but it was really cool to see him. There’s things like Drag Race and stuff, things like that inspire me. Jeffree Star make up artist on Instagram. A lot of things inspire me. I think social media is a good way of expressing yourself and getting inspiration from.”

You’ve already touched on people’s reaction to you wearing make up with how your teacher reacted. What else have you experienced, positive and negative reactions?

“She was very old school, very into her blow dries and rollers. You could tell she wasn’t open to new things. I told me mum about it and she said just keep doing what you want. Because she made it out to be so wrong, and with people’s reaction even just going down the street, I did it more. When I was 17 I got into clubs being in drag, but if I went as Bailey I wouldn’t get in. I started off doing gender fuck, so I was wearing a wig but I was wearing boys clothes with heels. That’s how it started off. Some people’s reaction was so hateful. At the start I cared but I just wanted to look pretty and how I look is no one else’s business.” 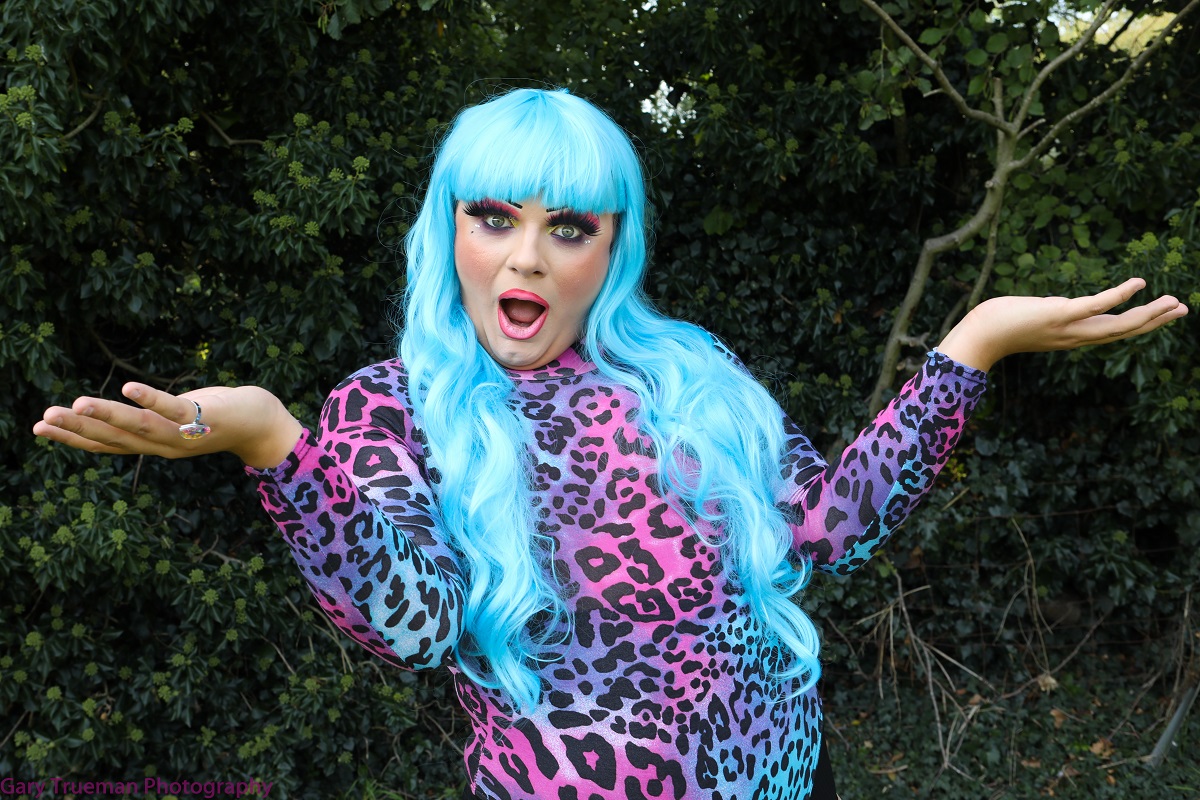 More recently there have been reactions, you’ve been in the local press because of how people view you and about getting some pretty nasty stuff on social media. Does that want to make you battle even more and say fuck you?

“Very much that. I don’t really give a fuck. When they posted that I was at my sister’s house and I wasn’t going to go to work, then I thought actually I’ve got a massive wig and I want to wear it. So I wore it and a massive pair of heels. These guys were going to be there waiting for me to arrive so I’m going to arrive and be like surprise. So I put the wig and heels on and a dress and went to work and by the time I got there they’d gone unfortunately. The way I see it is I’m wearing dresses, at least I’m not sniffing coke in a dirty pub toilet.”

“Yes, as well as parenting. A lot of people are old school, and I live in a small town. If I go out in drag some people think it’s amazing. There are more people who love it than hate it. The people who hate it are older. My nan supports it but still doesn’t really get it.”

In respect of being different it’s no different whether you’re a drag queen or a goth or any other person who dresses differently, people will be prejudiced against it.

“We have quite a few goths in town. If I see one I will go over and compliment them because I know how it feels to be treated differently. I saw this goth girl when I was working and I loved her make up. She looked so cool. And being like that you’re so easily picked on. It’s easy online but in a small town it’s easy as well.” 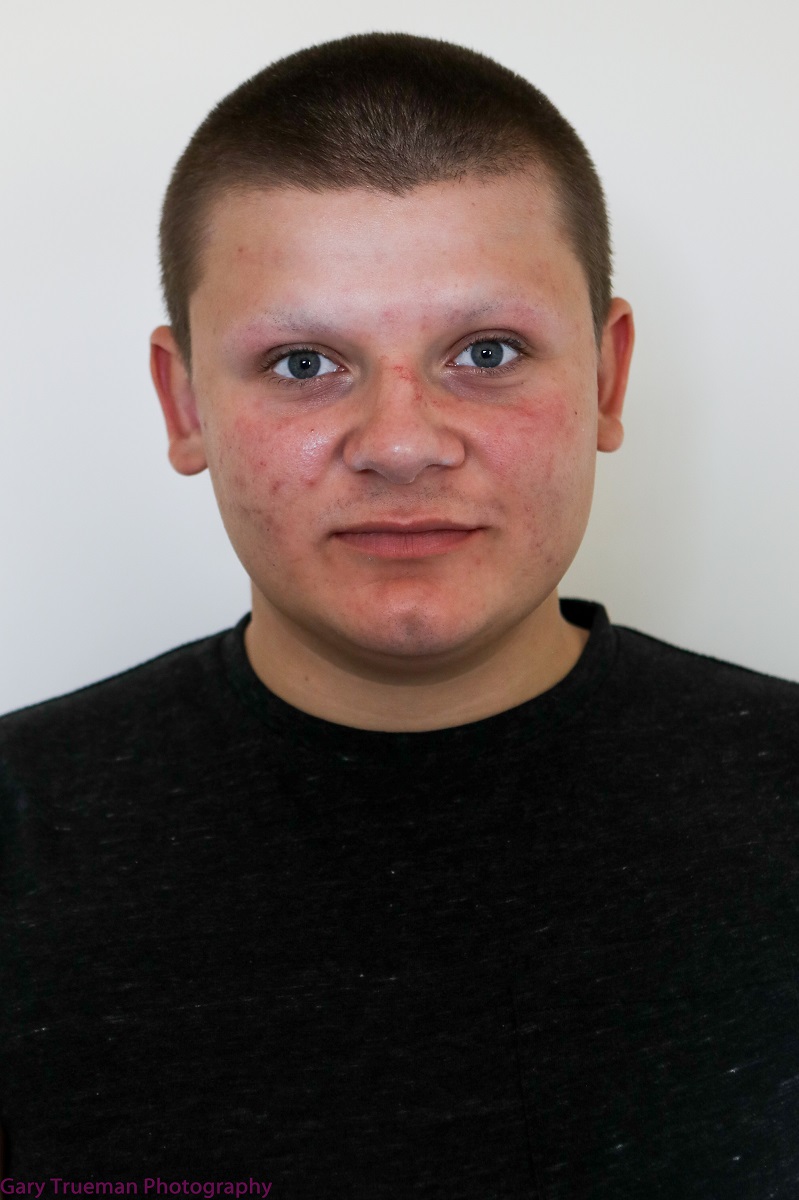 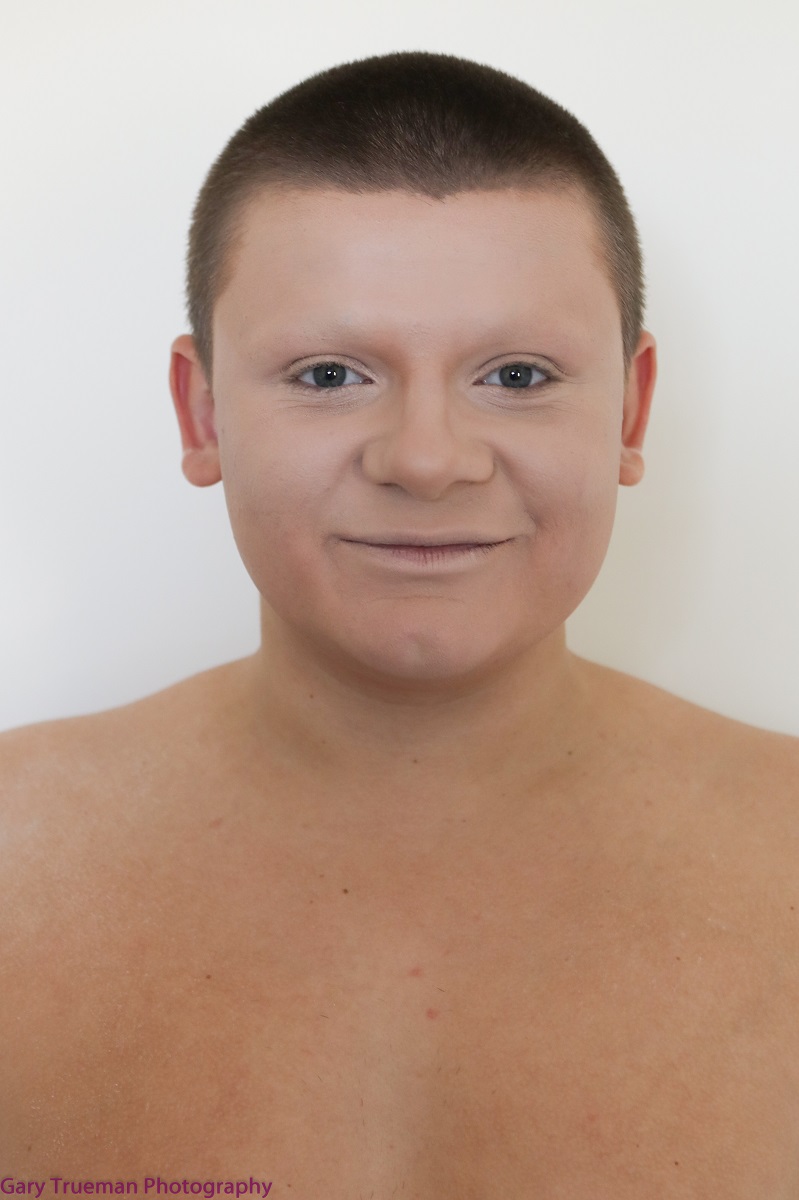 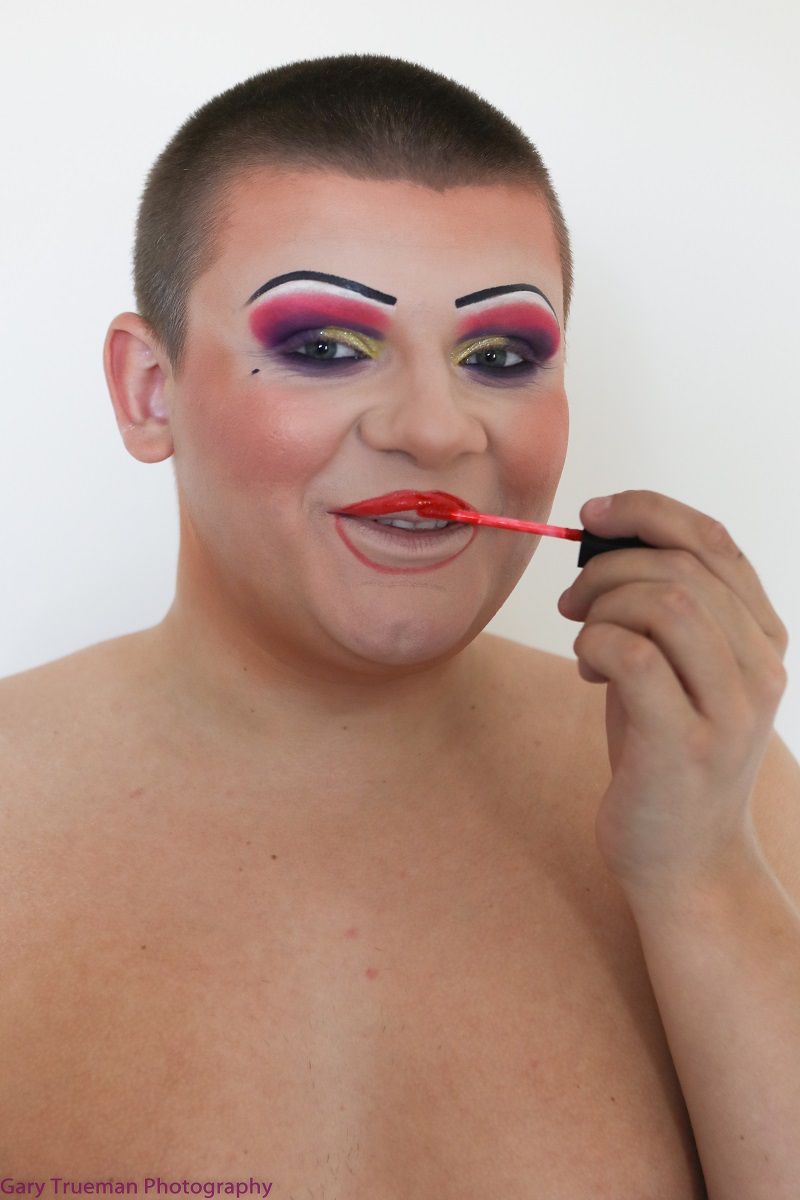 Let’s move on to your look starting with make up. What brands do you use, what do you love?

“I love a good Kryolan stick. I’m quite cheap when it comes to make up. For foundation I use the Revolution foundation stick which gives good coverage and it’s cheap. It’s not about money because I think it’s about what you do with make up. You can have all the money in the world and have the best make up and still be bad at it. For eyeshadow there’s a brand called Gear Face Cosmetics and it’s affordable at about £15 for their palettes. They’re colourful and I would say as good as the big brands.”

Your clothing is wonderful and bright. Where do you source it from?

“A lot of my clothes I get made for me. I used to spend a lot of money on Etsy and also I’m on a few Facebook pages like drag queen UK and they have designers there who make costumes. Some of my body suits are like £5 off Ebay but because of the patterns you can do so much with them. The leopard print one I’m wearing in the shoot, that was £8 and you can do so much with it.”

Where do your ambitions lie. What would you love to be doing a few years from now?

“I love my wigs, so maybe style wigs for celebrities or whatnot. Have my own business. I want to be touring around the world and performing. I love singing. A lot of queens would say Drag Race but I feel it kind of hands your career to you and I like to work for what I have. Everything I have I’ve worked for.” 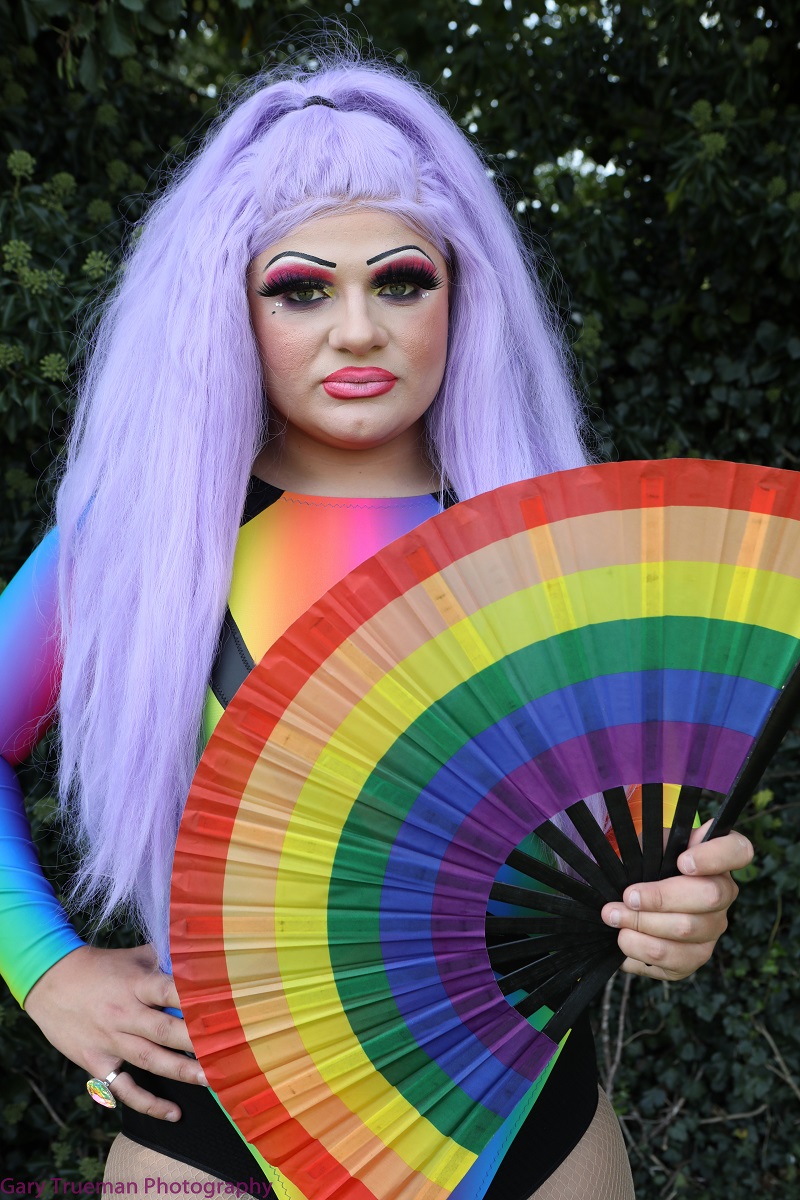 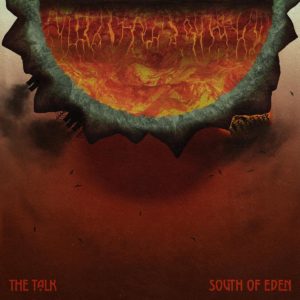 South Of Eden The Talk EP – LAVA/Republic...
Copyright 2017 Devolution Magazine. All Right Reserved.
Back to top