Most people all know and love the chase sequence in the film Matrix 2 but not many would know that the music for that iconic piece of cinema was written by Ben Watkins of the music collaboration known as Juno Reactor.  Gary Trueman got to have a chat with Ben about his work in film, his project the Mutant Theatre Show and his sabotaging of other peoples work as he puts it. 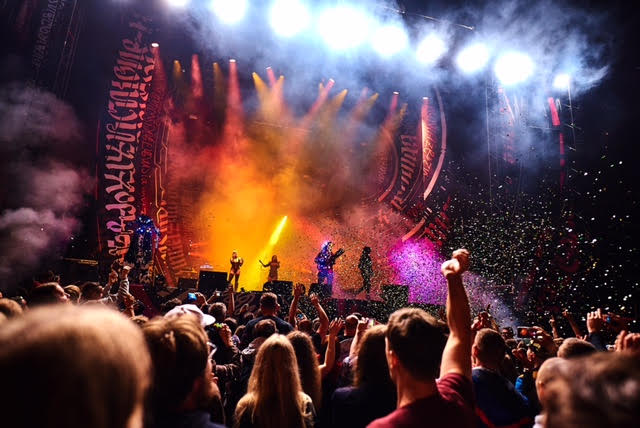 People might be amazed to learn that Juno Reactor started way back in 1990.  What was the original reason for starting it up?

“’I’d been doing band stuff before that and got really pissed off with that.  In around 1983 my grandmother died and left me a bit of money so I bought an MC202 and a drum machine and then I realised I could get rid of the bass player and drummer which was popular at the time with bands like Soft Cell.  I really liked the simplicity of it.  I like the bigger production of bands like Yellow.  I got side-tracked into learning how to use studios and equipment .  I experienced how the egos of two people can really mess up projects and I thought, well I have a project that has an open door, that’s collaborative and anyone can be in it so long as they bring a good vibe and energy.  That suddenly opened up lots of possibilities like working with DJs and different drummers and guitarists.  It left the freedom that if things started to go crap with people then you don’t work with them.  That led to the whole concept of Juno Reactor.  It’s a revolving door.”

That revolving door has led to the music changing a lot too.

“It’s changed dramatically.  I did two electronic albums then met Mabi Thobejane when the head of the record company sent me out to Namibia and South Africa.  I met all of these amazing South African musicians and percussionists.  I’m not really into trying to make world music, I just really like the sound and what they do.  I really like vocalists from the middle east or India but I’m not really trying to do their music.  I’m sabotaging their work for use on my own, haha.”

Tell us about the Mutant Theatre Show

“I’ve had a lot of band formations under Juno Reactor and lately we’ve been doing this thing called Juno Reactor And The Mutant Theatre which is a sort of science fiction Las Vegas show.  It’s sort of like a theatre but it’s more performance and dance.  I met these Russian performers called Agnevo in Moscow and another lot called the Stigma Show in St Petersberg, and we were asked by a festival to bring something new.  So I put this idea of the Mutant Theatre Show together.  That’s been my baby over the last year.  We’ve spent a year developing this costume that has over 3000 LED lights on it and it’s wi-fi controlled and can be programmed so the lights can provide any shape you want.  The guy who designed it is part of the Stigma Show.  It’s the first time I’ve ever written a piece of music for a costume.”

Is this going out around the UK?

“We’re trying to.  We’ve done three shows and everyone has the videos from it and say let’s do it.  Then you tell them there’s 18 people travelling and financially it’s a bit hard for them.  For the bigger festivals it’s possibly easier.  It’s a big show. “

Front 242 remixed your God Is God album.  How did you feel about that?

“I loved it.  I’ve always loved Front 242.  Some of the remixes are really terrible and then some are great and you’re really glad they done it.

In a way it’s a bit like when you’ve gone to Africa and taken that music and done your thing with it, they’re doing their thing with your music.

Moving on to films and obviously the topic of your involvement with the Matrix 2 and 3.  How did that come about?

“I think they must have been really into Bible Of Dreams when they were making the film.  They rung up my manager and said would you like to fly out to LA for a meeting and they showed me the freeway chase and I thought fucking hell what’s all this about.  They hadn’t told me I’d got it and what they’d done is got a load of Juno tracks and cut them across this whole sequence.  There were many things that we got on with immediately like one of the posters in their office was the Chinese Ghost Stories and at the time that was one of my favourite films.  They said they wanted me to only mix orchestra and electronics together and I played my track and it was exactly that.  So they said it was great and to come back in January and find yourself somewhere to work.  So I did and everytime I presented something to them they green lighted it.

So they kind of knew what they wanted but didn’t know how to get it and you did that for them?

“Pretty much, they’d asked The Prodigy to to do one piece and also Don had done a massive orchestral piece so they came to me and said have a go.  I was really into Queens Of The Stone Age at the time and those sort of rhythms and I thought maybe everyone else was getting it wrong because the bpm is a lot faster and we worked on that and they green lighted it again.”

What’s it like seeing a film with your work in it, are you a critic of your own work?

“I’m still very happy with the Matrix films, I look back at it and sometimes I’ve done talks with students where they’ve been very analytical but when I catch one of the films on TV I still like them.  When you analyse it you remember the amount of work we put into it which was enormous.

Has working on film projects changed the way you work on purely music projects?

“I don’t know, it’s not something I do every day.  I’d love to be in that situation where I did just do films but I’m not.  I don’t get asked that often.  People do take my music and synch it into films, that happens quite a lot.” 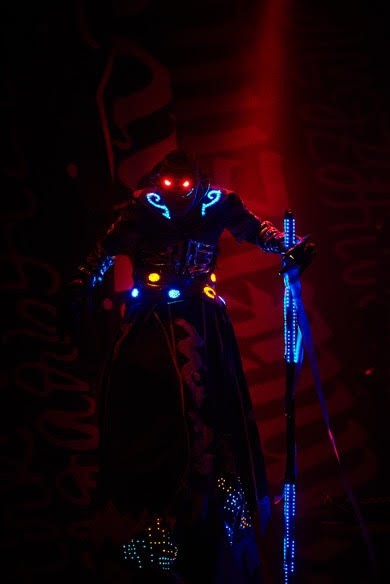 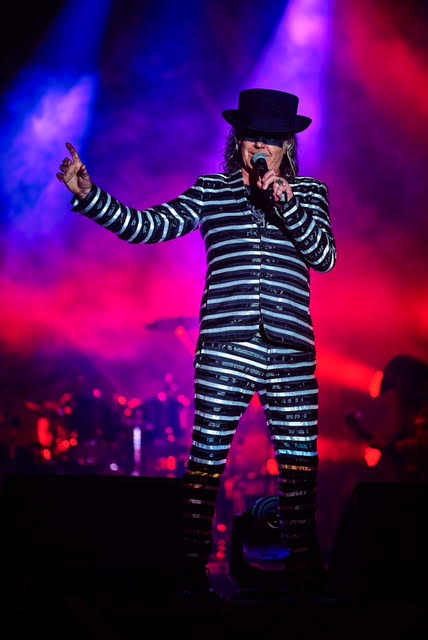 So what music do you listen to?

“I listen to quite a lot of different stuff.  I listen to orchestral stuff when I’ve had too much electronic stuff.  I’ve got great friends who throw me lots of unusual underground music.  There’s a lot of really good techno at the moment I’m listening to.”

Is there anyone you’d love to work with that you haven’t yet?

“That’s a strange one because I love singers, I love working with singers but there’s no one particularly famous that makes me go wow I want to work with them.  It’s like just meeting someone a bit special and trying it, let’s go in the studio and try something.  In Barcelona I was walking past the cathedral this guy, a busker, was singing and I thought he must have a cd behind him or something, he was amazing.  The standard of playing, of singing and programming is very high.  Youtube is to blame I think, for getting them so good.”

Are there any pieces of music you’ve heard, maybe part of a film score that you’d wish you’d written?

“There’s loads of them, loads I’d like to nick.  The entire beginning of the Antarctica Symphony by Vaughn Williams, which I’ve always thought is so amazing.  There’s a lot of classical stuff.  It’s harmonics and harmonies that really gets me.  When I was in Mexico I got a Durango so I’ve really been getting into Durango playing, which is like a little high guitar.  It’s a bit like a mandolin but very harp like. “

“I don’t like having to be pulled too much into modern technology.  If I have to I go there sometimes stamping my feet and screaming.  My best trait, haha, messing with other people’s music, haha.  Yeah sabotaging other music.” 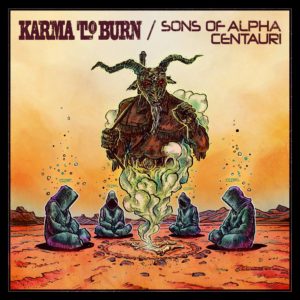 Over the past 10 years Karma to Burn and Sons of Alpha Centauri have engaged on an audio assault by ram raiding riff after...
Copyright 2017 Devolution Magazine. All Right Reserved.
Back to top